I knew my last ever game was coming, I just didn’t know where or when it was going to be. I was incredibly fortunate that it was played in Croke Park.

It had to be my last season; my body was falling apart to be honest. I trained on the pitch once a week with the team, then I did my yoga and my spin session to try and keep up with the lads.

I had picked up my fair share of injuries playing as a back row forward for Munster. I didn’t get a say as to when my rugby career finished. That all ended on a Thursday night at training.

That gave me a determination to finish my Gaelic football career on my own terms, so I worked at getting fit enough to give it one last go for my club, St. Colmcilles.

My number one sport is Gaelic football, not many people know that. My rugby career evolved over the years, but Gaelic football was something I was born into. Growing up, St Colmcilles GAA pitch was basically my back garden, you pass my house on the way into the clubhouse.

On a sunny day I would come down with a bag of footballs and my headphones in and kick a few points. My dad coached my team from U14 all the way up to senior so St Colmcilles was a big part of the family. Playing and winning with St Colmcilles were the fondest memories of my childhood.

My dad didn’t mind when I made the commitment to rugby, he’s probably more of a rugby fan than I am at this stage. 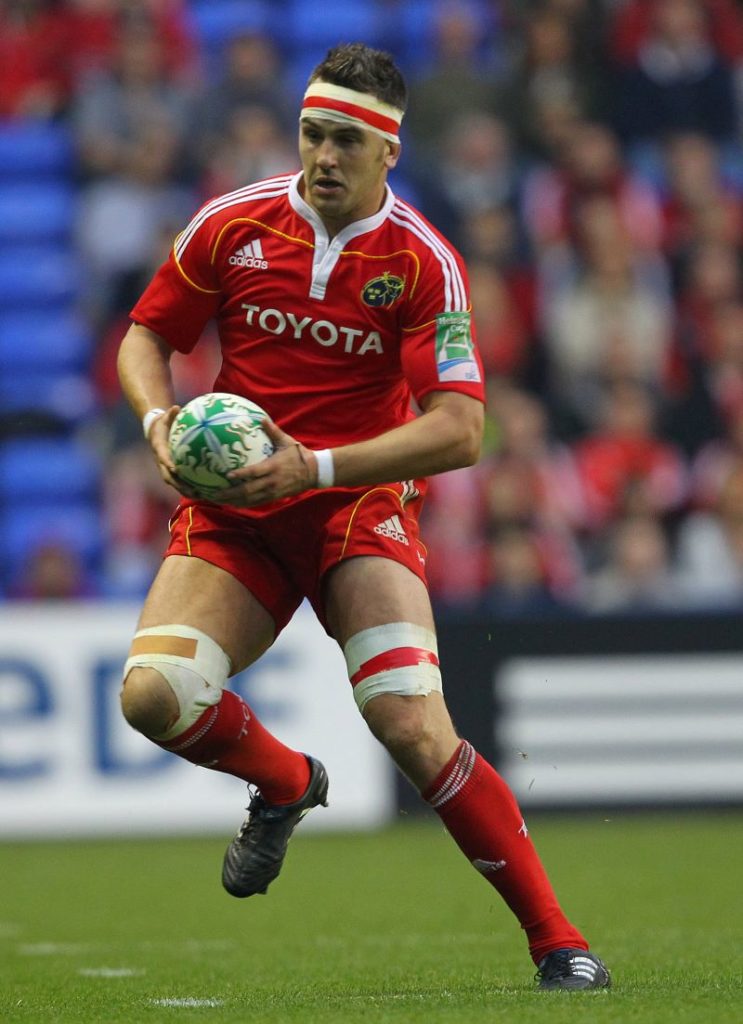 Colmcilles always came first though. The area is very different now to what it was like when I was growing up. The parishes in the area expanded in recent years so it’s more of a commuter suburb for people working in Dublin. There are a lot of kids in the club who are half Meath and half Dub. You won’t find me saying anything against the Dubs, even as a Meath man. They have done an awful lot of good for the club and have some great volunteers at every age group.

Gaelic football was the biggest sport in the parish and the county. I used to go to Croke Park all the time to see Meath play. Graham Geraghty was one of my sporting heroes. He was such an athletic player with a bit of an edge to his game, he was an all-rounder. I played underage for Meath and the goal was to play for an intercounty team. Rugby got in the way of that dream, in a good way of course, I’ve been blessed with the number of great days I had on the rugby field like when the All Blacks played us in Thomond Park.

When I retired from rugby through injury in 2014, I had 12 months of dark days. I still wanted to be competitive in sport, I’ve always been like that, so I set my sights on a return to Gaelic football.

I tried to run every second week and it wasn’t getting better. I’d try to straighten my knee in the kitchen and my knee would lock up. Eventually after months of rehab I managed to jog again. Then two weeks later I began to sprint (not very fast) and soon I was back playing football, something that seemed impossible to me 12 months prior. I was just determined to play for Colmcilles again.

The team coaches were incredible in helping with my progress and helped me become part of this team that were driving for a County Championship. 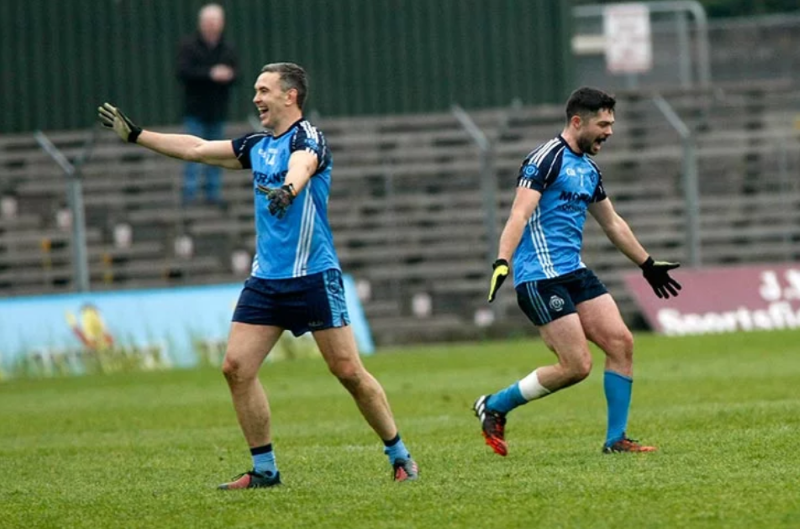 In 2016, we had one of the best coaches the club has ever had in Colm Nally who is now involved with the Meath senior footballers. He brought fun to training, every session was different, and every session was fresh. We got huge numbers up for these sessions in the evenings. Young players were coming through from u16 and minor into the panel and being competitive. Some of these players were getting a place in the team ahead of those who had been playing for 10 years, which is a good thing. Healthy competition.

Every game that season could have been my last. I was well aware of that. There were plenty of times where I thought it was slipping away. So many of those games came down to the wire, but one of our lads would step up to the mark and push us on.

Our captain, Ben Brennan had to be called upon so often to land a free to get us over the line. He was always one that stood up to the mark and made the big play when we needed it. He was a genuine leader on and off the field.

Graham Reilly showed us what a quality player he was in the All-Ireland semi-final and the final. Then there was Ian Mullen; he played senior football for 18 years without ever winning anything. His hunger and attitude inspired the players and drove them on.

At the beginning of the season we had one goal; to win the county championship. We fought through the group stages and saw ourselves go all the way to winning our first county title in 29 years. That was a bucket list moment for me.

In terms of competitiveness, there was no let-up in the Leinster championship. But good teams find a way to win games against the odds. That’s what we were all about, and we were enjoying our football. We edged out a top-class Rosemount team in the final by point.

”Then you find yourself in an All-Ireland semi-final and you’re a game away from playing in Croke Park.

The semi-final against Pomeroy Plunketts from Tyrone was epic.

Colm Nally had us ready. We stormed into the game in the first half. Nine points up at half time but we took our foot off the gas. They blitzed us with a scoring spree in the second half to go three up. It was a 12-point swing. Despite that, we showed unbelievable composure. We got within two points before Conor O’Byrne scored a spectacular goal and we were on our way to Croke Park.

I remember our club chairman Jackser Kavanagh had tears in his eyes watching us getting on the bus. It was like a dream for the players, you don’t imagine St Colmcilles getting to an All-Ireland final but there we were.

Croke Park is as special as they say, it’s hallowed ground. You think of all the heroes you watched growing up so to play on the same ground as they did is incredible. It is one of the most amazing stadiums in the world.

We knew about Westport and knew it was going to be a tough challenge, they had a few Mayo players and obviously they had the All-Star player of the season in Lee Keegan. Again, Colm Nally had a plan for the final. He had a report on every player; what position they played, if they played minor or U21 for Mayo, what foot they kicked with. They were a very young, quick team and Croke Park is a very wide pitch which I discovered very quickly. I always knew I was in a battle to keep match fit but I think I was found out a bit that day. 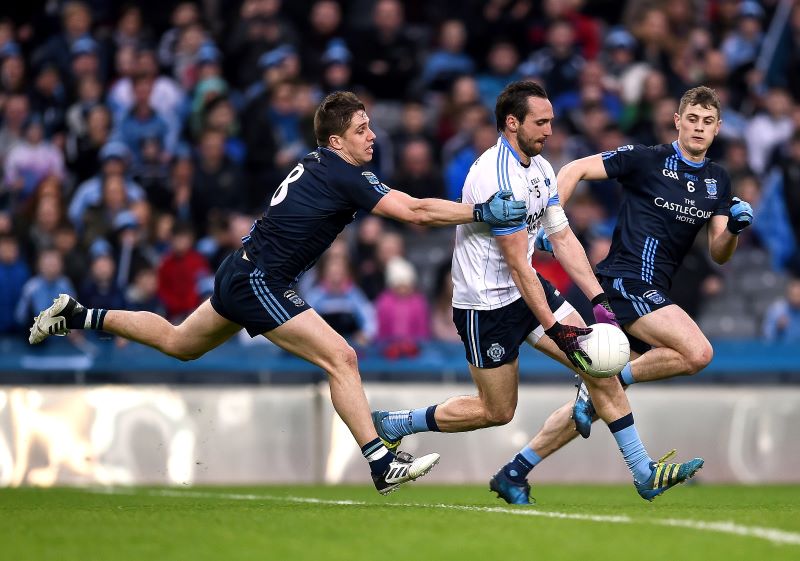 It started off with Westport dominating the first 15 minutes going up eight points to no score. A terrible start. We needed something badly. Graham Reilly won the ball in midfield charged straight down the middle of the field towards goal. He created a two v one to hand off for James Conlan to slot it in. It was a great finish by Banty (James) to get us back in to the game.

Westport were six clear going in at half time but we were lucky to be in it, they were all over us. Colm Nally insisted that we trust the process because it worked, and he was right. We got back into it.

Westport were dominating but we just wouldn’t go away. Late on in the second half, their goalkeeper rushed off his line as a bouncing ball came into the box and clipped our midfielder Robbie McCluskey. The ref got some information through his earpiece from one of the officials. The referee jogged from the halfway line to the edge of the box and signaled for a penalty.

Jack Reynolds stepped up to take the penalty as he had done throughout the season and he put it away and we tagged on two quick points after it to put us within one.

James Conlan got the ball just inside the 45 near the side-line having shrugged off two Westport defenders and had a swing at it. He’s been in this situation before he’s well capable. The ball seemed to hang in the air forever heading towards the posts, but their keeper cleared it and that was our last opportunity. It was game over. 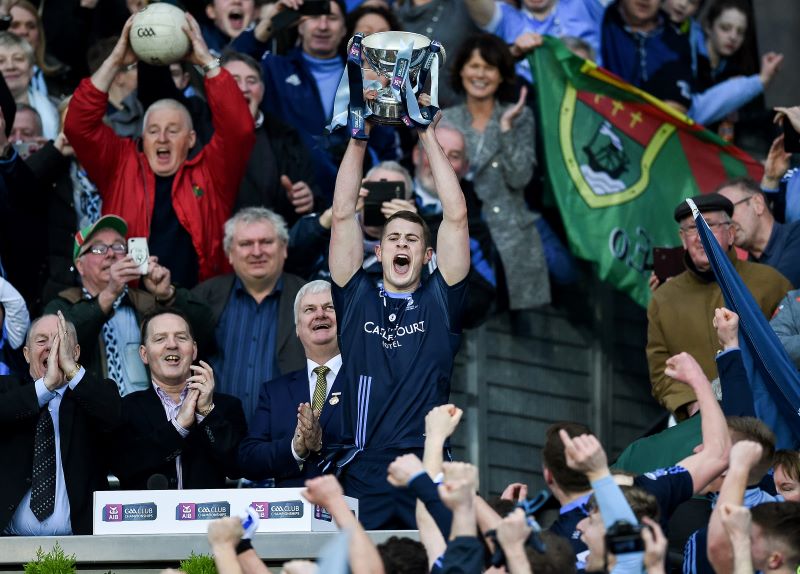 As time passes you get some perspective. We may have lost out by the narrowest of margins, but we achieved more in that season than we ever thought was possible.

It was a massive boost for the club. There are plenty of players involved with underage teams, I help out as much as I can. We would love to see teams come through and experience the success that we had. The talent is there, and the club is headed in the right direction. We have set the bar for what this club can achieve, hopefully the next generation can achieve that and more. You could say we left it in better shape than we found it that season and that’s all you can hope to do as a player.

I learned the hard way that in sport you don’t always get the perfect ending that you want but it wasn’t lost on me that I was lucky to play my last game in an All-Ireland final in Croke Park in front of thousands of fans.

Playing professional rugby was an amazing feeling but there is something very special about your home parish. It’s where you grew up. You know the local butcher, the GAA club groundsman. You are born into it. Any time the club need me I’ll be there to help them, once they don’t ask me to put on a pair of boots.

If you enjoyed Niall’s article, you might like to read Karol Mannion’s “What We Learn In Defeat“. 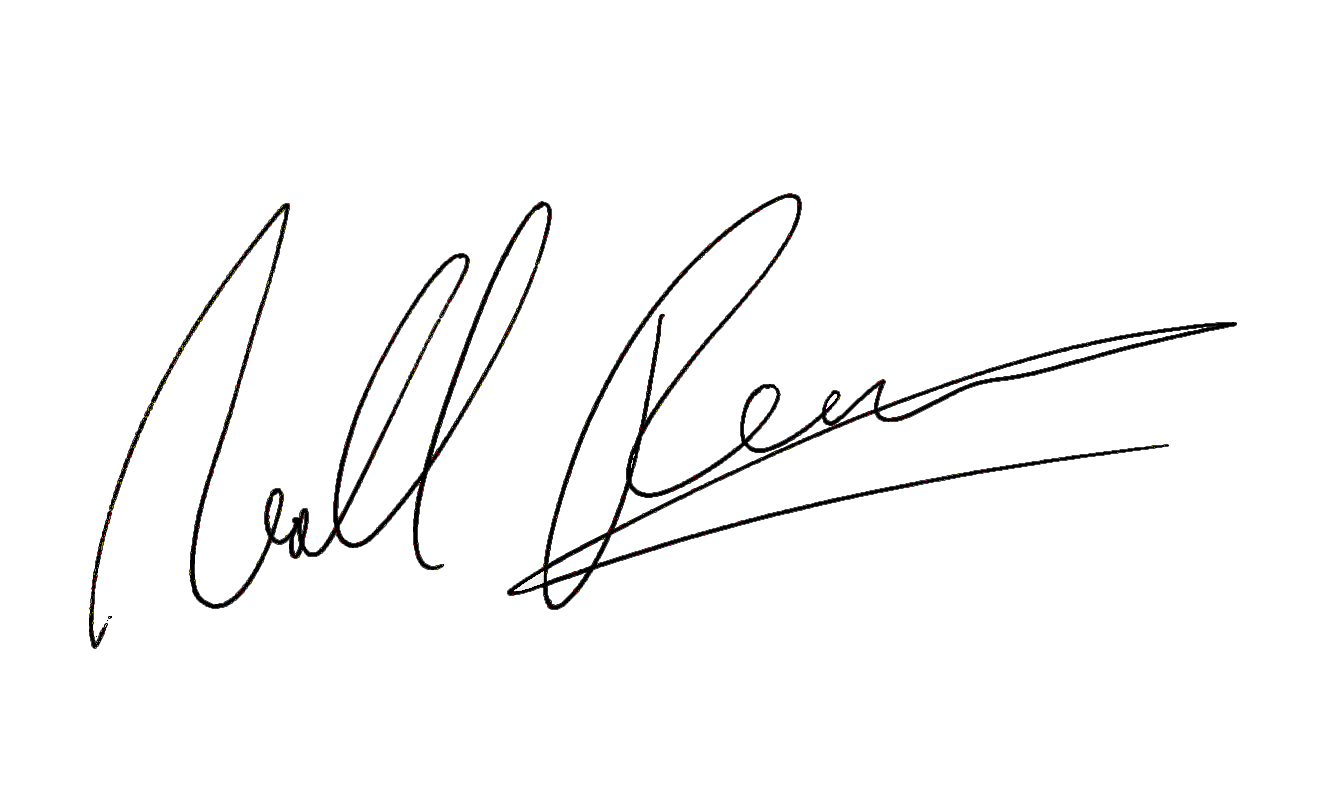