What We Learn In Defeat

St. Brigid’s and Roscommon hero Karol Mannion talks about learning the harsh lessons from coming close to winning the AIB Club Championships and finally getting over the hill.

I remember my dad bringing me down when I was about six or seven to play under 10s in St. Brigid’s. The underage focus for the club was only just kicking off around the time, we still only had one pitch and a small dressing room set up. The complex we have now, with multiple pitches, a gym, hall, and clubhouse, was just a dream then,it was pretty primitive by today’s standards.

There was a place we got dressed on a Saturday morning. All the kids in the parish under the age of ten, didn’t matter what age you are. There was no nursery or anything organised that there would be nowadays.

That pitch was where I fell in love with Gaelic Football.

I remember Frankie Dolan and John Tiernan’s age group and a few more that went on to play senior, they were a couple years ahead of me and they had a quality age group. In my underage group we didn’t enjoy a lot of success, we weren’t competing for county titles.

I just loved being part of the club, playing football, hanging out with my mates and that was what kept me going.

As I progressed to the senior team, I was coming into a team that had just won a county title in ’97. We had a few barren years where we lost a couple of finals and we didn’t really kick on until around 2003 and 2004 with the likes of Ian Kilbride, Mark O’Carroll, Senan Kilbride, Darragh Donnelly and others coming through the ranks. That was what really pushed us from competing for county titles to competing for Connacht titles and beyond.

We won our first county title in ’05. There was a real sense of having hit upon something special. It’s hard with a club team to keep everyone together over a number of years, but for whatever reason in those three years when we got to three Connacht finals an All-Ireland semi-final, it just seemed to gel the group and everyone understood that ‘we have something special here, we should keep at this’. 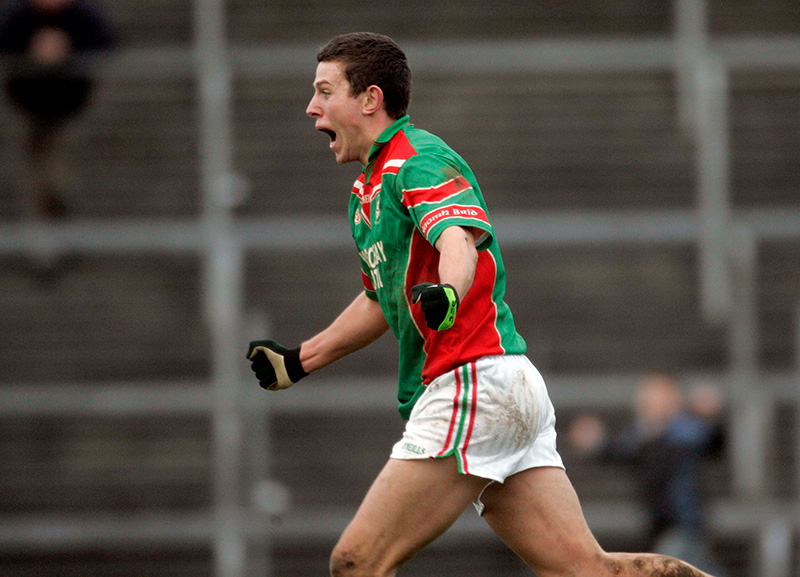 Players decided to leave at various times, but that core group stayed together. We got back to win a county in 2010 and went all the way to an All-Ireland Final the following March. We had made it to Croke Park, within touching distance of the title but ultimately lost out by three points to Crossmaglen. 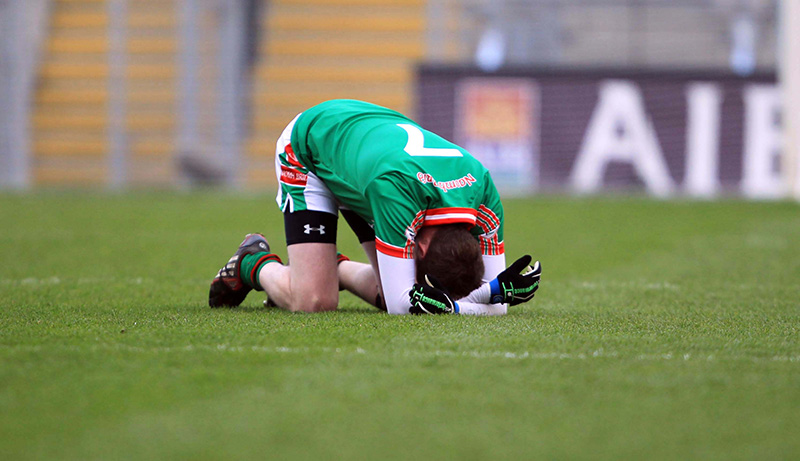 Despite the devastation of that loss, we had proved a point to ourselves and we realised that it wasn’t something that we wanted to throw our hat at now. As a group we knew that we could push on and win the biggest prize of all.

The following year, we lost the semi-final to Garrycastle. Disgusted. But we regrouped.  Back to the well again.

It wasn’t just that we thought we were going to get back, we fully believed we would.

We changed management team after the Garrycastle loss, the management that had brought us to the previous All-Ireland final against Crossmaglen and the Garrycastle game stepped aside. What we learned in defeat is what made us stronger under Kevin McStay, Liam McHale, and Benny O’Brien. It made us into a truly formidable side.

None of the teams we faced during the 2012 / 13 campaign got a run on us apart from Ballymun in the first ten minutes of the final. We weren’t exposed to a star forward who really went to town on us like Jamie Clarke did in ’11 or Dessie Dolan did the year after. That was a big difference. Kevin and his management team focused on making us tighter at the back, they brought Shane Curran back to go in goal, that made us probably a five-point better team straight away and we saw the fruits of it.

When you come out of Roscommon or Connacht you measure up against the best teams in the country and because we lost to Crossmaglen in the semi-final in ’07 and then the final in ’11, there certainly was a sense that these are our yardstick for us if we wanted to win an All-Ireland.

Without being over-obsessed with them, they were the kind of team we focused on. If we can beat them, if we can get to their level, we can certainly win an All-Ireland and that’s just the way it transpired in 2013. They were still at the peak of their powers, they were going for three All-Irelands in a row and we knew that if we could overcome them that day in Mullingar, we would finally get the hex off our back.

Beating Crossmaglen that day showed us how far we’d come. It showed us what we had learned from the disappointments of the past. 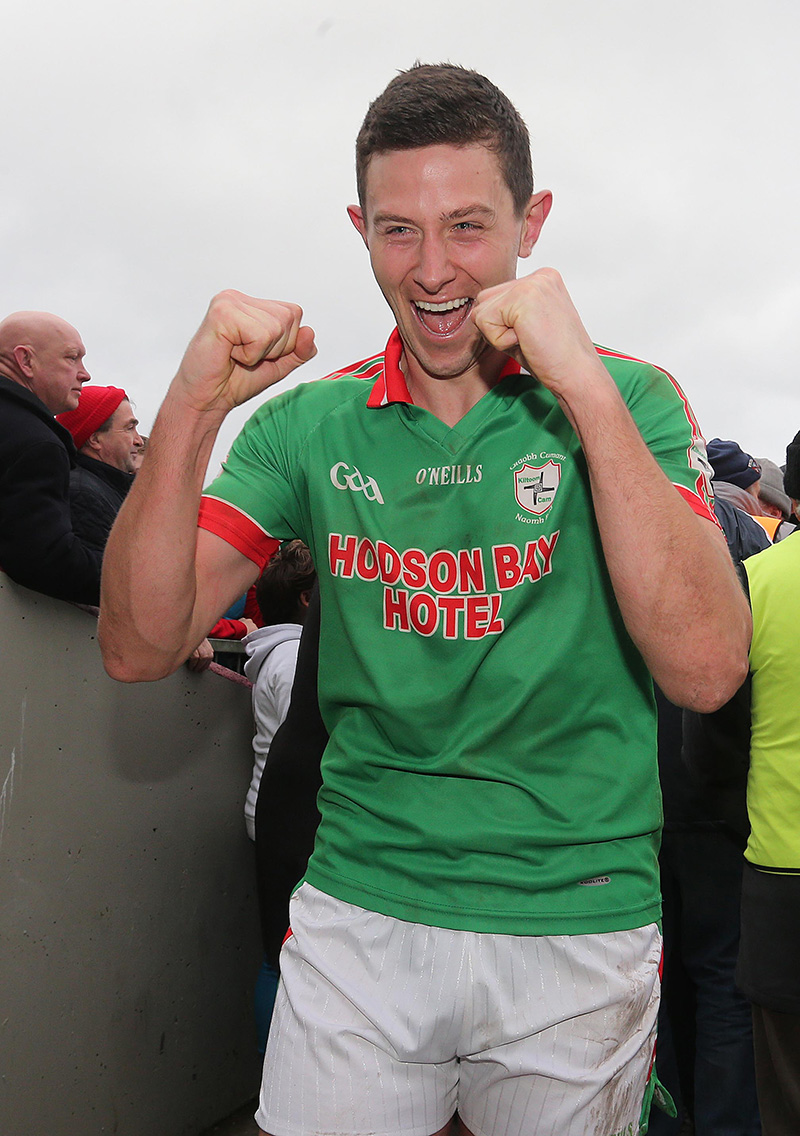 I don’t think we ever worried about our opponents in the All-Ireland final, we were confident enough in ourselves that if we go out and play well, we can beat whoever is put in front of us.

Obviously, we were in this unenviable situation, eight points down in nine minutes, I’d been there a few times with Roscommon and normally you don’t get out of those holes. It was tough mentally for sure.

But there was no panic.  There was no time to panic, such was the intensity of that game.

We just played the way we always played.  Stick to what we’re good at. We still needed to do something that would bring us back into the game. Senan’s goal was the real turning point for us in that game. To recover from the bad start and to bring the game within a manageable deficit, that allowed us to go on and claw back the rest of it. Had we not reduced that margin until after half time it would have been very difficult to pull eight points back in the second half. 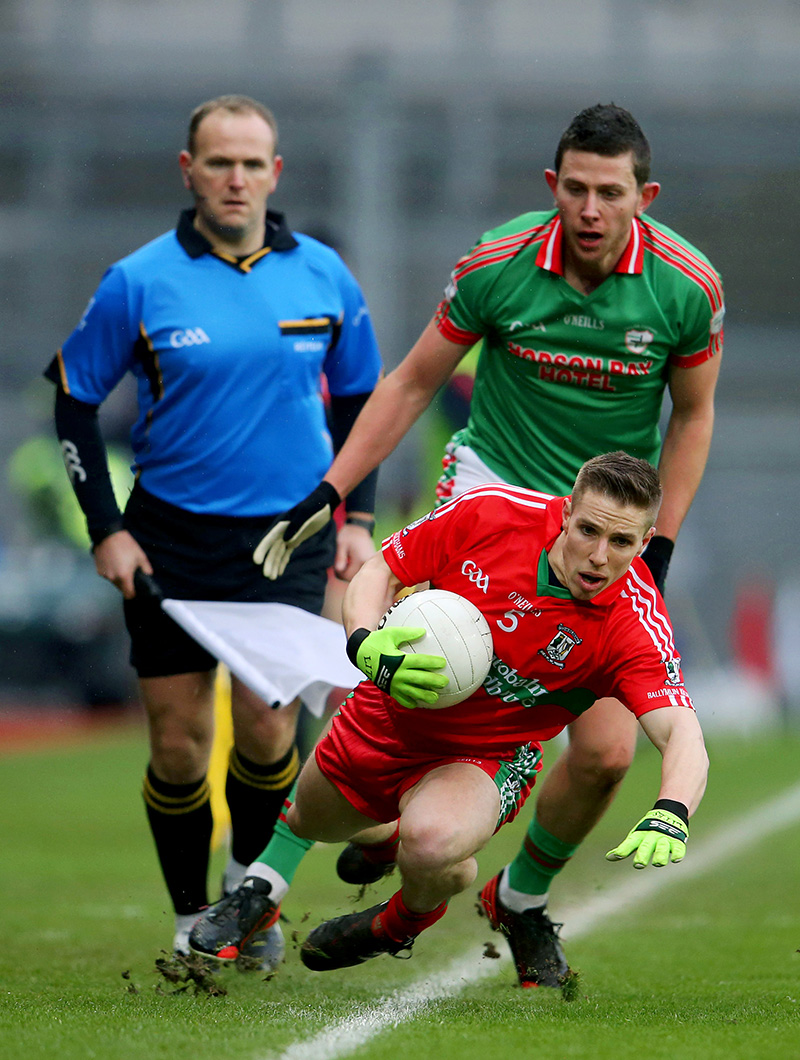 Without Senan’s goal I don’t know if we would’ve won.

A nice ball fell for me in the second half and the first thing that came into my head was to punch it rather than try to pick it up. Thankfully it went into the bottom corner. I scored a similar goal in a college game for Trinity years back. It was just pure instinct, it certainly wasn’t planned, there’s no way I could have reacted that quickly on a premeditated decision. 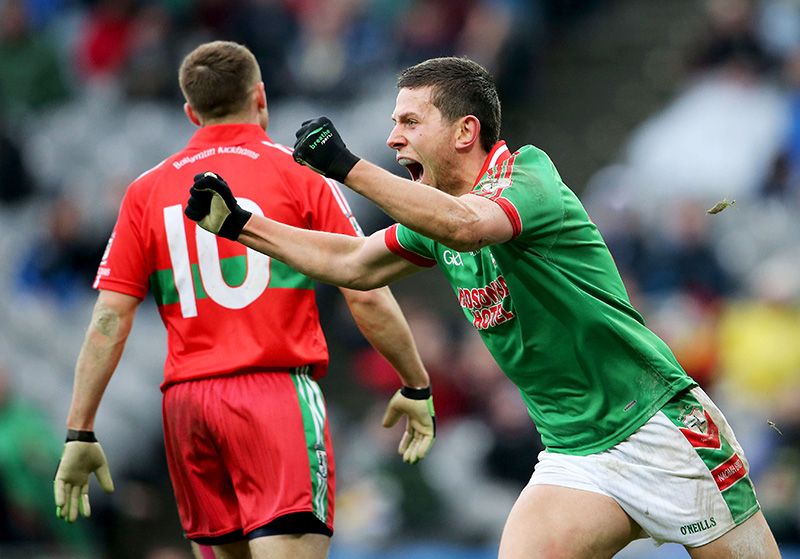 That brought us level. 20 minutes left and the tension was incredible. I don’t think either team went more than a point ahead, it was real tit for tat and it seemed that the first team to blink would lose.

As it happened both teams probably blinked, it was neck and neck with points scored and easy chances missed on both sides. Ultimately it came down to whoever had possession for the last chance of the game, and I remember it well…

We had missed an easy chance and John Small got a ball in front of the Cusack stand. I was thinking with a minute left ‘oh my God we’re in trouble here’. I remember the crowd on the Cusack stand side lifting into a massive roar as John Small ran down the wing.

Gearoid Cunniffe just got a hand to John Small’s hand pass and Niall Grehan was able to sweep in front of Jason Whelan for the crucial turnover. We worked the ball back up the pitch and Frankie, the man you’d want there – other than Senan maybe – to kick a point got on the ball as he always wants to do in the crucial moments and slotted it over. A sweet finish.

What happened to Frankie in those last few moments with the turnover that led to Jason Whelan’s equaliser and then scoring the winner was probably a snapshot of what happened the whole team that day. We had screwed up so badly in the first ten minutes, but we were able to recover and prove our mental strength. It’s the same with Frankie, he had done it for years. Any sports person of his caliber takes the rough with the smooth, he would always want to be on the ball irrespective of if he would kick a wide or turn over a ball. He knew the responsibility he carried in our team as a lot of the senior players did. Frankie was never going to shirk that responsibility and certainly when his brother Garvan was on the ball they have a good understanding. He was always going to get the ball from Garvan and he was always going to try for a score.

The final whistle blew… the first few moments are just ecstasy, it’s a difficult one to describe. You don’t get too many moments in your adult life where you’re uncontrollably excited. That’s the way I felt, I remember Senan Kilbride was the first person in front of me. We had battled for years together with Roscommon and Brigid’s, and we would’ve had a lot of interplay between the two of us. The first thing that came into my head was that we’ve actually done it, we’ve won the big one. What we’ve wanted to do since 2005. 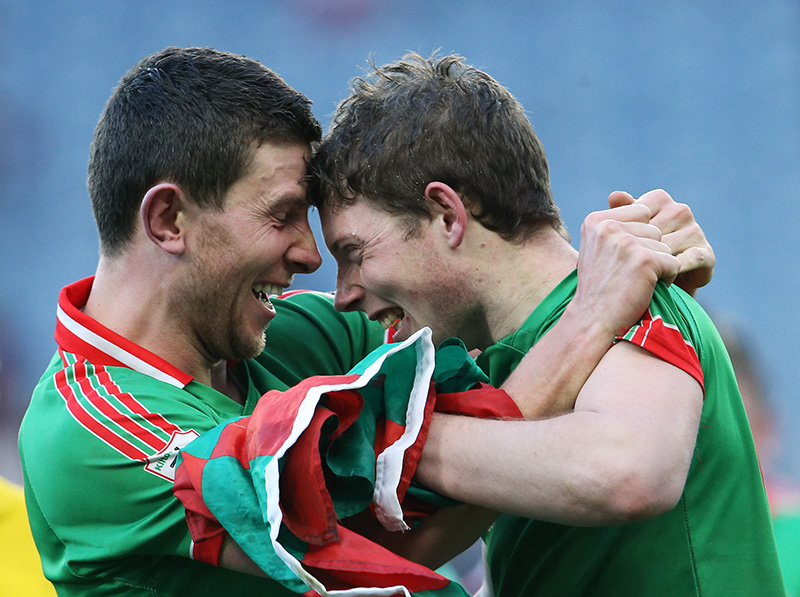 It’s like a kid on Christmas morning, uncontrollably excited because he sees a good present under the tree. They don’t know how to react, it was the same with us. Time stands still. You’re in the moment with your mates on the pitch. It’s an incredible feeling.

I think representing St. Brigid’s for all of us is quite important because all of our families, all of our friends, all of our neighbors, contribute so much to the club. There’s a real sense of ‘it’s ours’ as opposed to a county setup where it’s the management team and the players. There isn’t really a tangible contribution or a clubhouse that people in Roscommon can go to and contribute to the county team. In the club you have that, there’s great facilities there, not just for playing with the ladies’ teams or the men’s teams but there’s classes run during the week, there’s social events with the choir, there is an excellent clubhouse there to run social events. There’s a nice bar there for a few pints for people to come together and socialise.

I think when everyone has that kind of tangible connection, they feel they contribute to it, and when you go out on the field you are like the public personification of that effort, that collective spirit. I certainly understood that we are representing the club on TV, in Croke Park, the biggest stadium in the country that everyone looks at for big games.

We are representing the people who are part of our parish and part of our club and I hope that we made them proud.

If you enjoyed Karol’s article, you might like to read Aoife Ni Chaiside’s “A Moment To Cherish“. 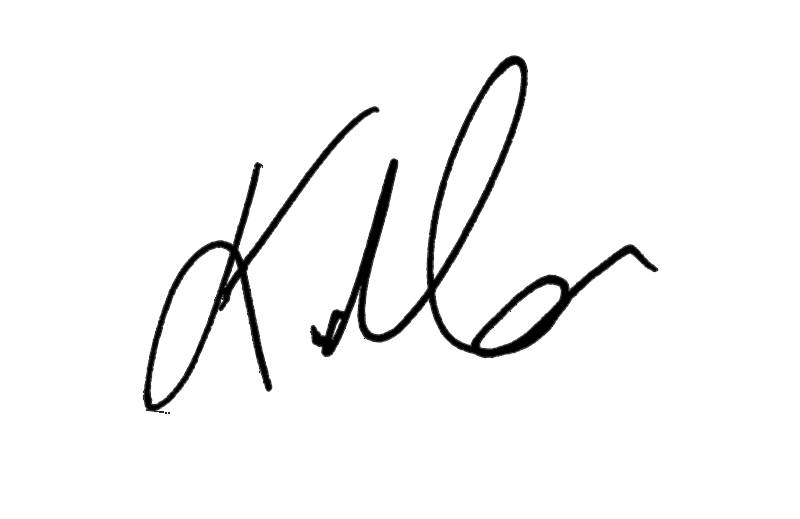