One of the stars of the Ireland Women’s Hockey team, Anna O’Flanagan, reflects on 2020 which started with her and her teammates preparing to make history by competing in the Tokyo Olympics and ended with a struggle to maintain perspective in a global pandemic.

“It’s off”. Messages came into the WhatsApp group. We were all in a team video meeting about opposition analysis. Some people could see their phones. Their faces just dropped. Some were visibly upset. When the meeting ended, I picked up my phone and saw it. The Olympic Games postponed. I was totally numb; I couldn’t really get my head around what was going on.

It was the end of the summer, when the first lockdown finished and things started coming back to some degree of normality, that it started to sink in. The time for the Olympics had come and gone. Every day I’ve trained on the Irish team, the opportunity to compete in an Olympic Games was my purpose. That’s how I’ve lived my life for so long. Then, it was just totally taken away and there was nothing I could do to control it. You’re left thinking, “That’s where I could be right now.”

It was a really bizarre time. We were continuing to train, without any of the facilities that we would normally have access to for a tournament that we weren’t even sure when or if would happen.

You struggle for perspective. To have your whole purpose taken away so abruptly is difficult and upsetting. But then at the same time, there are people who are really unwell, people who are dying around the world. There’s a much bigger world picture than just the Olympics. It was almost impossible to keep perspective because it was all new territory, but we had to find a way.

You have this guilt, there are people going through so much and are suffering in so many ways. It’s hard as an athlete to say, ‘Oh, well the Olympics is off, that’s the biggest thing ever for me’.

”It’s difficult for people to understand, but it's huge. I found that I had set my life up in a certain way and that the 2020 Olympics was the pinnacle.

Everything I’d done in the previous four or five years had been leading up to that point. Then that point disappears from view. Mentally, it’s such a challenge.

As an athlete seeking to perform at the very top level, your life is planned around that and your free time is so precious. Suddenly you have too much free time, so you find yourself sitting there, waiting, and wondering about something that is completely out of your control, and anyone else’s for that matter.

I came crashing down around August or September, I just felt really overwhelmed. I didn’t know if I was coming or going and I got really upset at times. It was like I brushed everything under a rug for a few months, it just built up and one day I just woke up and realised, “I don’t know what is going on here!”

I suppose it can be related to a grieving process. You go through stages of it and I was certainly in denial for a long time. Then you try to go through picking yourself up. You’ve lost something precious that you weren’t expecting to lose.

As a team we had been through losses before. In fact, we lost a lot more than we won, but everyone remembers us now for winning. We’ve been through a lot together as a group.

What was so difficult about the time since March, is that it wasn’t just the Olympics being postponed, but it was your whole life outside of that. That is so individual to each player on the team. It was the first time I really felt alone.

So many of us have been playing together, since we were 14 or 15. We would have played Irish underage squads together. Then at the start of our careers, we were all trying to break into the team at the same time. To come through, all the way to where you’re playing together in a World Cup final, to be able to do that with your best friends, is just incredible.

I remember playing for Hermes, as a 16-year-old and I was surrounded by Irish internationals or ex-Irish internationals. Those girls were my first real experience of national team players. They created an environment of pure competitiveness and a relentless push to succeed.

I admired those girls so much. They were an inspiration to me, and they probably don’t know it. I think that stays with you for a long time. Because now as the years go on, and younger players start to join the Irish group, you really try to replicate the role models that you had.

People ask how I ended up as an attacker, as a forward. I don’t know the answer to that. But I know that every time I play, I want to win the game and I will do everything in my power to win. In my head, I think that means just putting the ball in the back of the net. I feel like the other girls have a similar mindset – that winning mentality, that competitiveness.

Anna O’Flanagan of Ireland celebrates with family and friends following the Quarter Final game between Ireland and India of the FIH Women’s Hockey World Cup at Lee Valley Hockey and Tennis Centre on August 2, 2018 in London. ©Kate McShane/Getty Images

There are hard lessons on the journey.

I don’t think I’ll ever forget what it felt like not to qualify for the Rio Olympics. Personally, and as a group, not in a cocky way, we really felt like we were going to do it. We knew we had to perform well; we knew we needed a bit of the rub of the green. But I was really sure it was going to happen; I had pictured it so many times.

We looked really promising in that shootout against China. I’ll never forget standing on that pitch and going to sudden death. I can see all our parents in the stands and the five of us stepping up to take the shootout. I always regretted looking over at the parents because half of them had turned the other way. They couldn’t cope with the tension. But I was still confident. I knew we had a really good chance.

How I get through the tough days when we’re training, is visualising those amazing moments. And I think for two or three years in the lead up to that, I visualised the moment that we would qualify for the 2016 Olympics. I played it over and over in my head. So much so, that I was convinced it was going to happen.

So, when it didn’t happen that day, I don’t think I’ve ever cried so much. I certainly blamed myself. I scored my first shoot out but missed the second one in sudden death.

”I didn't really want to play anymore. I didn't know if I could physically go through that again.

It took a while for us to come together as a group and realise that we were all blaming ourselves a little bit. But we worked through it. We knew we had something special and there was a World Cup in two years. We would be moving forward together, and we could use that loss as a motivating factor.

That day in Donnybrook in 2019. The way the shootout went, I remember thinking that we’d lost it. We were about to let the opportunity slip through our fingers again. I was standing there and wondering, “Is this the last time I’ll wear an Irish shirt?” Then it just turned. We finally did it.

There’s such a stark contrast between that day and winning a silver medal at the World Cup. At the World Cup, it was just pure ecstasy. I always thought that qualifying for the Olympics would be the same. It is a special experience for sure, but the main emotion for so many of us was just relief. The feeling of something being lifted off your shoulders, that really stands out to me. And I never thought it would feel like that.

When you play international sport for as long as I have, you learn so much about yourself. One of the biggest lessons is certainly resilience and that ability to bounce back. You can always get better, and you can always improve as a person. I think I’ve really learned that I want to push forward all the time. To learn and be constantly better than I was the day before.

I think our perspective as a team has probably changed slightly now. After thinking the Olympics is not going to happen, thinking that it’s all taken away from you.

People say now, it will be a different Olympics, it won’t be the same. But we don’t care.

”I don't know what a normal Olympics is like. So whatever Olympics happens is our Olympics.

It’s about our group, the team that gets picked to go and represent a much wider group. Being there and being Olympians, and eventually proving what we can achieve and what we can do.

We are right now the most successful international team in Irish sporting history and that’s a fact, that’s not something any one can deny. But are we the most supported Irish team? Do we get the same opportunities that other sporting teams get in this country? I would say no

I think there needs to be a real movement; we need to keep pushing for more. Not just for the Irish women’s hockey team, but for women’s sport in general. People need to back us, and people need to see the value in what we have. We’re so grateful when people support us, we have some amazing sponsors on board.

That’s a real hope for me for the future. To be part of that journey and to be part of changing the game in this country for the better and forever. 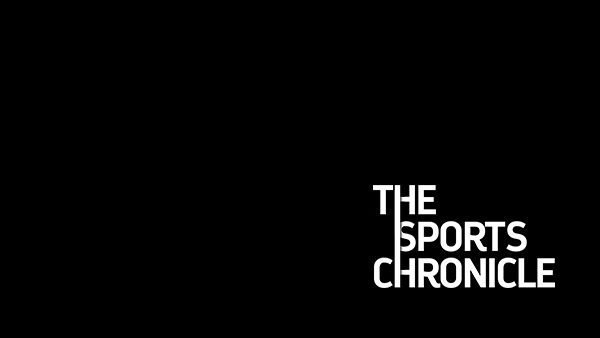