By Mícheál Ó Muircheartaigh14/08/2020 GAA, The Toughest
Brought to you by

GAA commentary legend, Mícheál Ó Muircheartaigh, as he turns 90 years of age, reflects on his experience with change and how we as a nation should embrace it and hope for better days. Mícheál is part of chapter four of AIB’s The Toughest Summer webisode series.

Change will come with every aspect of life. We must face it with hope. Face it and embrace it.

My Grandmother told me an Irish prayer many years ago and there is one line that always captivated me, ‘Dúiseacht le dúthracht le breacadh an lae’. That means, ‘wake each morning and face the day with enthusiasm’.

If you wake up each morning anxious to give it your all then you’d often be surprised by what you can do.

Face the change and embrace it, that’s what we must do. 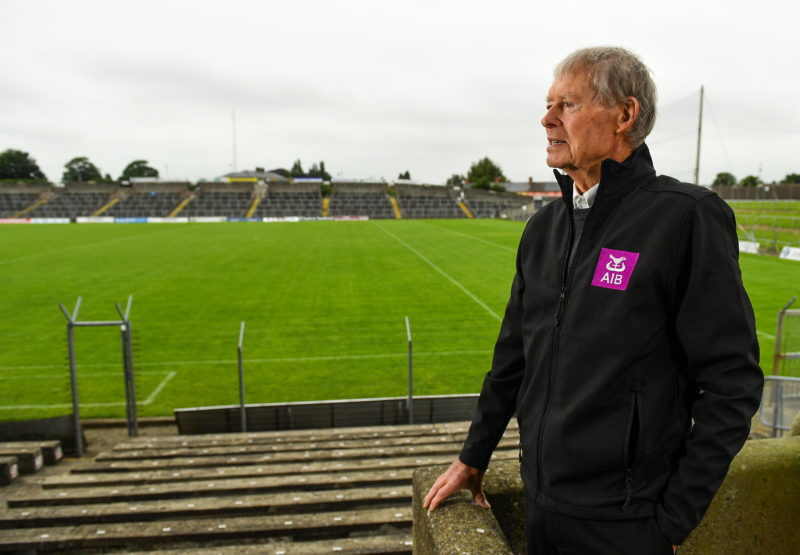 10 August 2020; GAA commentary legend Mícheál Ó Muircheartaigh is pictured ahead of Episode Four of AIBs The Toughest Summer, a documentary which tells the story of Summer 2020 which saw an unprecedented halt to Gaelic Games.

I grew up in west Kerry less than half a mile from a lovely beach in Dún Síon. There were hills, good land and a big population. A big population to me at the time was the eight houses in the village.

Every house was involved in farming and all the children went to school in Dingle, just three miles away. Everyday we’d walk and run to school. We’d go through the village, down by the sea, cut across by the graveyard. We’d all the freedom in the world.

I grew up in the war years. Our father would come home from the creamery with stories about the Germans, the British, the Japanese. The world was strange then too. But we woke with enthusiasm every day.

Electricity hadn’t reached our village at the time. Dingle town had a private supply, but it was just the candlelight for us.

It was a great excuse for not having our homework done. We’d be out on the land late in the evenings and sometimes we wouldn’t have our work done for school because, ‘we couldn’t see it’. That was accepted. Of course, the children that lived in Dingle didn’t have the luxury of darkness!

I spent three years in Colaiste Iosagain in Ballyvourney, County Cork. I got a letter to say I’d be selected to begin there on September 1st and that a bus would bring me to Tralee to get the train on to Cork.

I’d never slept anywhere other than my own house before that. I’d never left west Kerry. I’d never been on a bus or a train. But I looked forward to it.

The ticket collector on the bus was Bill Dillon. He’d won several All-Irelands playing for Kerry and the whole way to Tralee he told us stories. Every house we passed he had a story for us.

The train took us from Tralee the next morning to Cork City. Passing the lakes of Killarney on a train for the first time I remember thinking, ‘this is heaven on earth’.

”What fascinated me the most arriving into the entrance of Colaiste Iosagain were the bright lights. The whole place was lit up. To flick a switch and have a light on when darkness came, that was a new phenomenon to me.

We’d students there from all over. Mayo, Donegal, Waterford, Kilkenny. It was wonderful to hear all the different dialects. It was an interesting education.

I missed home in the sense that I looked forward to going back but I was never lonely. Wrapped neatly in a little box, a pound of butter from the creamery would arrive for me sometimes. That taste of home was lovely to have.

I spent a few years teaching and that’s one thing I’d always say to young people, always look forward to things. Look forward with hope. Hope is the greatest thing of all.

I believe we should always appreciate something good when we have it. 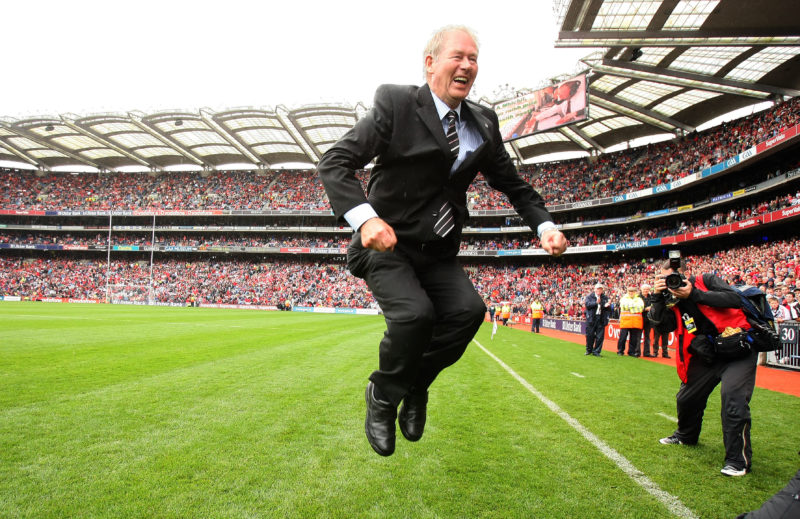 When the pandemic hit, I didn’t just miss the GAA matches on a Saturday and Sunday. I missed it on the days in between. I missed the conversations with people about the games the most.

I was in Kerry in February when the days were getting longer, and the talk of sport had started. People start to get excited at that time of year.

‘Will anyone stop Dublin?’

‘Cork will be difficult this year.’

It was in the minds of people and it was in the conversation. To have that to look forward to is wonderful. To hear people say, ‘I hope I’ll be there’ or ‘I hope we win’, it shows what it means to people.

Nobody back then would have believed you if you told them there would be no Championship matches in the summer or that games would be played without crowds. But this year was destined to be different. The best thing we can do is to follow the expert’s health advice and to hope that, in time, corona virus is beaten. 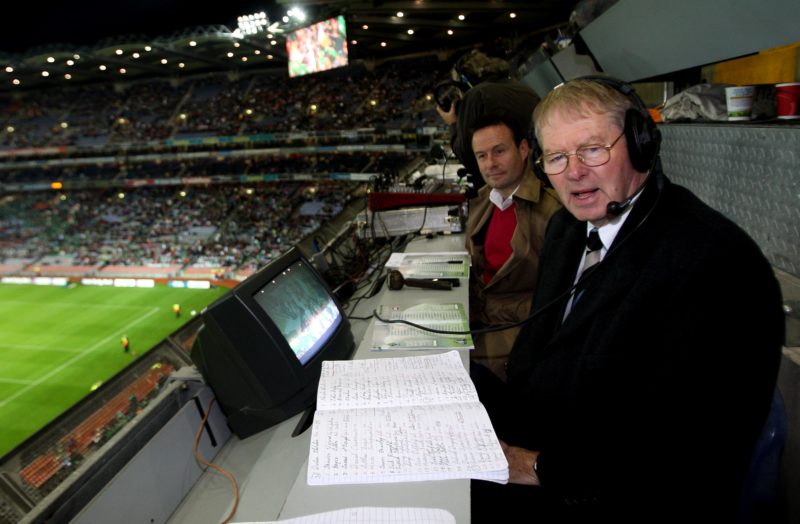 In broadcasting, I used to find that the stranger the occasion the better. Not just for me but for everyone.

To see something done that’s never been done before is truly remarkable. In my time, I’ve seen Donegal, Down, Tyrone, Armagh and Derry all win Ulster titles for the first time. They are special occasions for the people of that county. There’s nothing like it.

I loved to see the reaction of the people and what it means to them. No one can begrudge the joy they knock out of celebrations like that. That’s the gift of the GAA. Pure joy.

I told the people of Donegal if they won the All-Ireland in 1992 that I’d be there to see them bring Sam Maguire home. And I was.

It was a fine night in September 1992 and well after midnight the team bus landed at the bridge between Sligo and Donegal. The moonlight lit up the place. The atmosphere was electric.

The captain Anthony Molloy and the manager Brian McEniff got off the bus and walked the cup across the border and into Donegal for the first time. That was so special to so many people.

When Offaly made it to the All-Ireland hurling final in 1998 I went down to a training session leading up to the game. One of the players approached me and asked me to go down to his house to meet his elderly father.

I called to visit his father who was around 90 years of age. I said, ‘Surely you’ll be leaving early for the match on Sunday’. His daughters immediately said how he wouldn’t be going, that it’d be too much for him and all that sort of thing.

But I knew, by the glint in his eye, he wanted to be in Croke Park on All-Ireland Sunday more than anything in the world.

With every All-Ireland day, I’d visit each team dressing room before the game. Back then we were allowed to do that, and it was great. You’d get a real feel for the players and the team.

”The same Offaly player came over to me and he said, “Do you know what? My father is up in the stands today.”

Offaly beat Kilkenny that day and he got to witness his son win an All-Ireland medal in Croke Park. That to me is special. I’ll never forget seeing history like that.

Like everything, the game has changed over time. It will change again.

Soloing was only introduced in the 1920s. A man called Sean Lavin was playing for Mayo at the time. He’d great feet. He was on the Irish Olympic team. He was a special man.

This one particular match he got the ball and there was no one in front of him. So, he took off hopping the ball off his feet and into his hands. It was new. It was a change.

People thought, ‘That’s nice. That’s impressive. We’ll keep that’. He became known as ‘Baller Lavin’ for the rest of his life and soloing was introduced to Gaelic football.

Now, you look at the playing fields across Ireland and there are children there who’ve only just learned to walk and they’re soloing the ball. It was something different that was embraced.

You might think your own way is best until someone else comes along with something different. That’s how we move things forward. 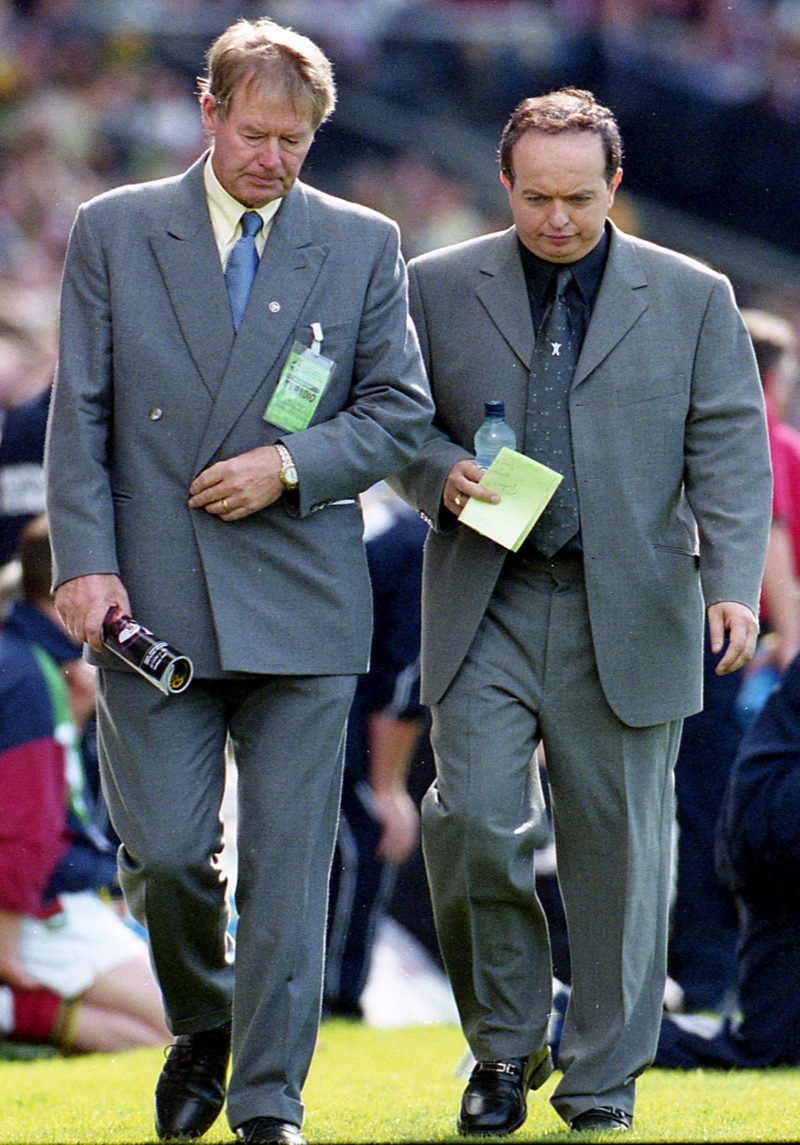 The people make the GAA what it is. I love the support and the commitment that’s there to your team, even in failure. To pat them on the back and say, ‘we’ll be there next year’, that’s what keeps us all going. Hope.

We have this phrase in the Gaelteacht, ‘Go mbeirimid beo ar an am seo arís.’

That means, no matter who wins, whether it be everything or nothing, may we all be alive and well on this day next year.

Le cunamh Dé, that’s all we can ask for.

Mícheál Ó Muircheartaigh features in AIB’s The Toughest Summer, a documentary which tells the story of Summer 2020 which saw an unprecedented halt to Gaelic Games. The series is made up of five webisodes as well as a full-length documentary to air on RTÉ One in late August