Seeing What It Means

By Caitriona Cormican07/08/2020 GAA, The Toughest
Brought to you by

Dual star and Camogie All-Ireland winner with Galway, Caitriona Cormican talks about how life as a doctor has given her perspective and what it means to win an All-Ireland when you come from a GAA heartland.

I’m a GP here in Galway. Outside of work and sport, when I’m in the thick of it, there’s very little time for much else. Work. Train. Home. Eat. Bed. Go again.

While I was training to become a doctor in Galway, I knew that I wanted to be a GP. I just loved the connection that you have with patients and families, sometimes multiple generations of the one family.

In your hospital posts, as part of your training, you put in long hours. Sometimes 24-hour shifts. Sometimes 100 hours a week. Since I’ve become a GP, the hours are a bit less demanding and balancing my career and my sport has become a lot easier.

I have the added bonus that my job has given me a whole new perspective on things. You see people who are very sick and some very sad cases. It’s a leveller. You gain a greater sense of what things mean in this life.

It has given me a great appreciation for the simple fact that I can get out and play sport, never mind play for Galway.

Being a doctor is my vocation, sport is the outlet for me. I can leave any work stress behind when I get a sliotar in my hand. 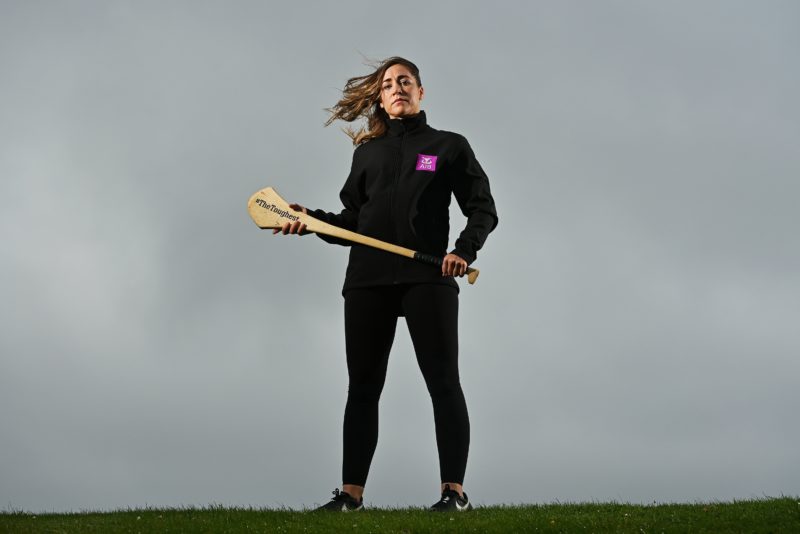 5 August 2020; Cappataggle and Galway Camogie player Caitriona Cormican is pictured ahead of Episode Three of AIB’s The Toughest Summer, a documentary which tells the story of Summer 2020 which saw an unprecedented halt to Gaelic Games. The series is made up of five webisodes as well as a full-length documentary to air on RTÉ One in late August. Caitriona Cormican features in the third webisode that will be available on AIB’s YouTube channel from 1pm on Thursday 6th August at www.youtube.com/aib. For exclusive content and to see why AIB are backing Club and County follow us @AIB_GAA on Twitter, Instagram and Facebook. Photo by Sportsfile

Camogie was the first sport that I played up at Cappataggle when I was nine or 10. I took up football later and played both all the way up through underage levels.

I would have loved to have been a dual player, but the time came when I had to commit to one or the other. I can’t even remember why exactly I chose football. I was going well at the time I suppose and my GAA career went in that direction.

I remember going to the All-Ireland Football Final in 2004 as a supporter. I really looked up to the girls playing for Galway. Players like Lorna Joyce, who was also studying medicine at the time. I just thought she was amazing, playing football and on her way to becoming a doctor. That had a huge influence on me. Then you had Niamh Fahy who I played underage with. She was such a leader and had a big impact on that final.

The following Christmas there was a book released dedicated to the winning Galway team and my mother got it for me. I was obsessed with it. I read it inside out. I knew everything about them, who they were, where they were from, what their favourite film was. Then the day after St. Stephen’s Day I got a call from Richard Bowles who was the senior team manager and he asked me to join the panel. I nearly collapsed with excitement.

I never left camogie behind completely and was still playing games for the club. In 2016, we’d a great year with Cappataggle and won the intermediate camogie county final. It sort of reignited my love for the game that I had when I was younger.

I tried to keep up both camogie and football for a while but as time went on, I just felt like I couldn’t give anymore to football.

We were beaten by Dublin in the All-Ireland Football semi-final in 2018. After that game I knew I’d reached the end of the road. A couple of my clubmates from Cappataggle were there and I told them that it would be my last game of football for Galway. They told me it was just a reaction to the defeat, but I knew myself it was more than that. I wanted to give everything to camogie and see what could happen.

Where I’m from in East Galway, it’s a hurling heartland. The pitch in Cappataggle is the heart of the community. You’re proud to be from Cappy because there’s such a passion for hurling and camogie.

The community has had some hard times, but the people come together around the club and support one another.

When I went to matches with my family when I was younger, it was hurling matches. Camogie was my first love as a sport because I was steeped in that tradition.

I couldn’t have predicted that just over a year after leaving football behind that I would be back in Croke Park, winning a Camogie All-Ireland with Galway.

It was just unbelievable.

Looking at the Cork players over the years, winning all those All-Irelands, I always remember thinking, “if I just got one, I’d be happy.” Then I got to realise that dream last year and I wanted more. That’s the nature of it. The dream is to win again. Who knows if that can be achieved? We’ll see. 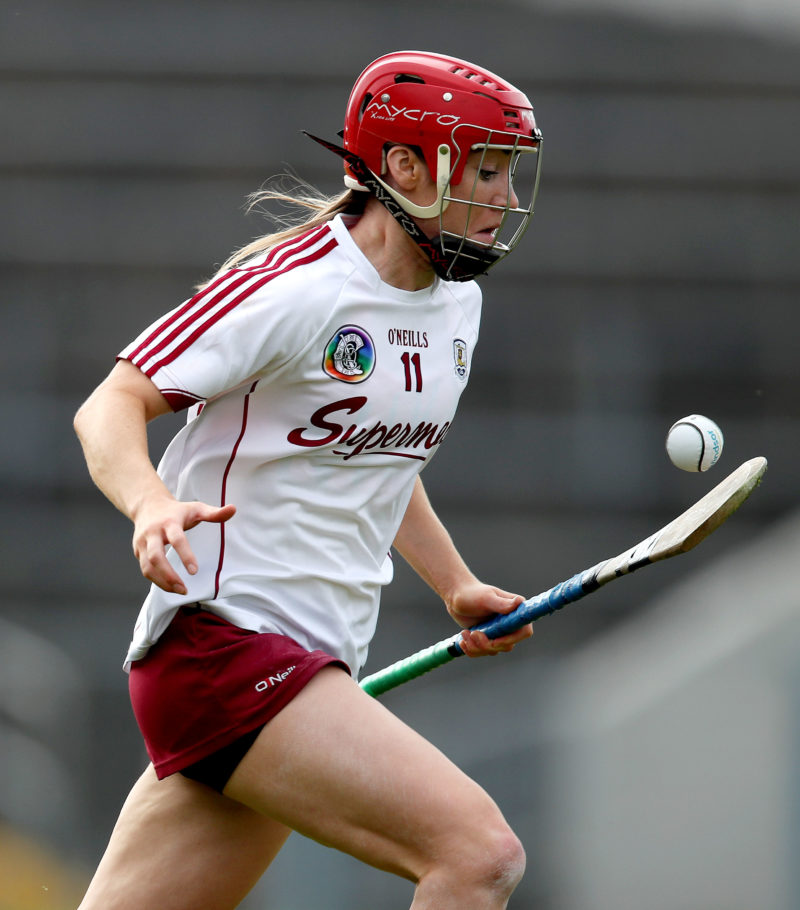 That whole day was special.

Getting to play in an All-Ireland final is the pinnacle. If you’re not careful, it can consume you. You have to manage the nerves and live in the moment.

I think my age helped me to enjoy the experience a bit more.

In my first year playing for Galway in football in 2005 we got to an All-Ireland final. When you’re that young, you think you’re invincible, that you’ll be in the final every year.

As you get older you learn to appreciate the opportunity a lot more. You’ve a better understanding of the occasion. There had been so many hard years and disappointments before the final in 2019 that when we got there I was telling myself, “take in every moment of this, you may never get a chance like it again. Give it your all.”

When I joined the panel in 2018, I had a sense that there was something special about the group. Of course, you have the “big name” players but they are surrounded by hard working committed teammates. Even if it meant standing on the side-line to help the team, that’s what you did. There was a culture of hard work that was going to be hard to beat when we all pulled together.

”Sometimes it’s not all about having the best players. It’s about how the group comes together as a collective.

That’s how it was with us. It culminated in an All-Ireland winning year.

After final whistle, seeing my family there, who’d put in so many years of traveling the length and breadth of the country. Giving up their time to get me to training. To win like that, you feel like you’re giving something back. 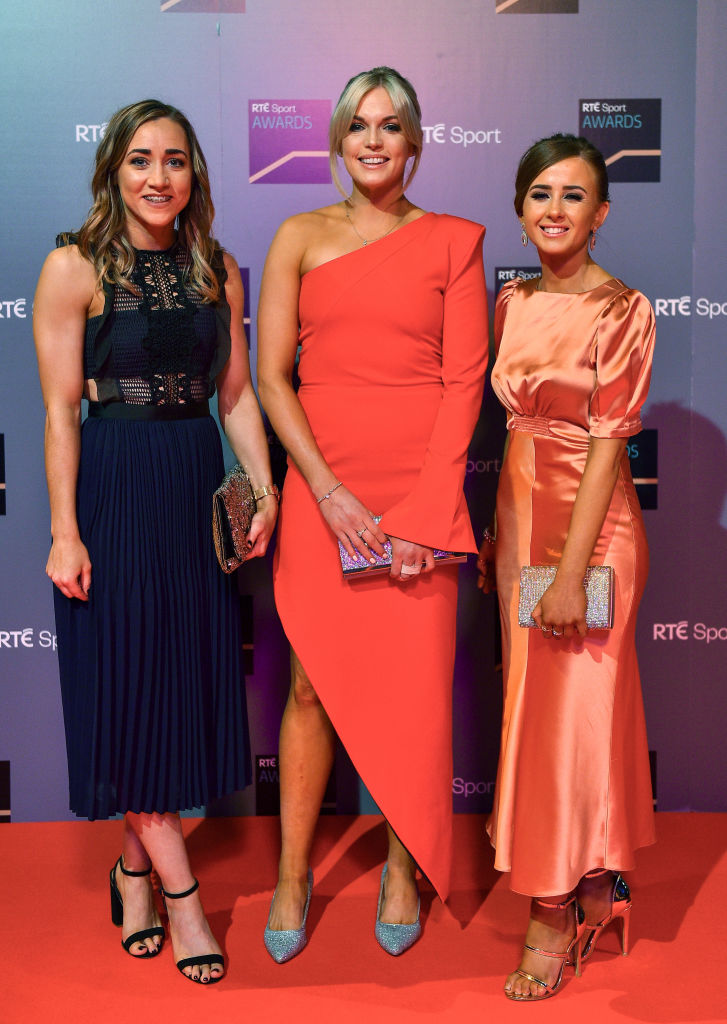 I saw my cousin in the stand and jumped the fence. My housemates from college were there. They’d all come on the journey with me and had seen the work that had gone into it. Sharing that moment with them was so very special.

I live on a small road. We’ve only two neighbours’ houses near us. One of them, Mrs Fahy is 93 years of age and couldn’t make it up to Cappataggle for the homecoming. Her son, Stephen, messaged me asking if the team bus could stop at the top of the road on the way home so his mam could congratulate us. When we got there, the amount of people at the top of the road! It was everyone from the area around where I grew up. It was massively emotional for me to see that reaction.

By the time we got to Cappy, huge crowds had gathered to celebrate with us.

It’s in those times that you fully understand what the GAA is all about. When you see what it means to those people, my neighbours that would have watched me heading off with my helmet to training when I was a tot. It’s hard to believe that you’ve just achieved something that could bring your community such joy.

It’s an incredible feeling to see the impact our sport has and it’s a lasting impact.

”I never thought of myself as someone to look up to or a role model or anything like that.

During the lockdown, I got a message from a principal of a school in Clonfert, a village a few miles away from Cappataggle. He asked if he could forward on some letters that the school children had written to me.

It had been such a stressful time in work dealing with the Covid crisis, to have those letters, seeing the impact our All Ireland win had on those kids, it was lovely. It really brightened up my day. It made me realise, “Jesus, there are young kids that look up to me as a Galway player”, the same way I would have looked up to Lorna Joyce and the other girls from 2004.

I won’t lie, it brought a tear to my eye.

Caitriona Cormican features in AIB’s The Toughest Summer, a documentary which tells the story of Summer 2020 which saw an unprecedented halt to Gaelic Games.

The series is made up of five webisodes as well as a full-length documentary to air on RTÉ One in late August. Caitriona features in the third webisode that is available now on AIB’s YouTube channel  at www.youtube.com/aib