The Game Of Life

Ulster back row Chris Henry tells the story of reaching a personal peak, suffering a stroke which could have ended his career, and the struggle of getting back to those heights.

34-years-old with our first baby on the way, I could have hung in there like I’ve seen others do. It’s my testimonial season, the end was in sight, but I wasn’t doing myself or the team justice at training, never mind matches, so I decided to stop.

Another reason was to ensure I could drive my wife Jade and our unborn child to hospital when that moment came, which it did!

I’ve seen enough players go through the motions, struggle through training and be barely able to compete on the weekend. Andrew Trimble and Robbie Diack retired early last season and Ulster have been doing better than many expected. I knew they’d survive without me so I listened to my aching body. It was time. 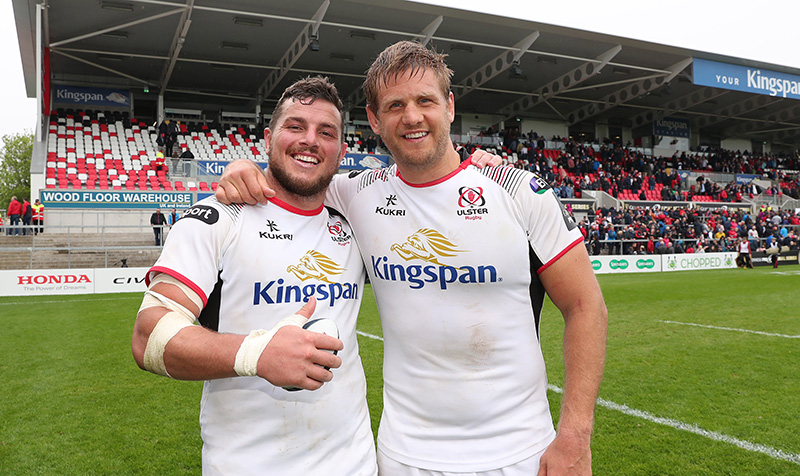 The game changes and moves on quicker than you can. Nick Timoney, our young backrow, is benching the same as our tighthead props. I am not.

”To say I’ve been fortunate with this career is an understatement.

Irish people will hopefully remember my input when we won the 2014 Six Nations – especially victory in Paris – but I know I’ll also be remembered for the South Africa game I never played in. The one I watched from St Vincent’s Hospital on November 8th 2014. 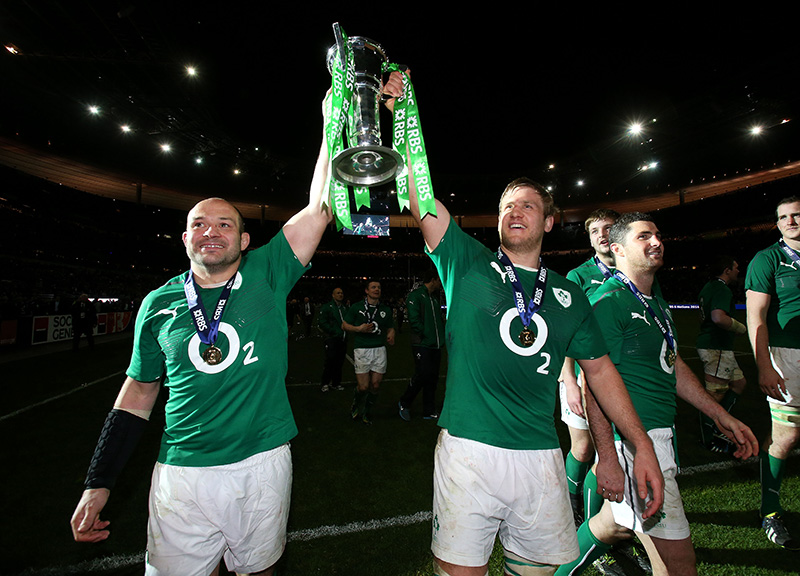 I’d turned 30-years-old two weeks beforehand. It was the first Ireland team I felt I deserved to be in. I felt strong. Established. Seán O’Brien was injured. There was zero self doubt. I was prepared, ready, in form. ‘Chris Henry, Ulster and Ireland openside’ had a nice ring to it.

Then, the morning of the Springboks game, it happened…

I went into the bathroom in the Shelbourne Hotel room to splash water on my face. I felt off. Turns out, I realised what was happening when the transient ischaemic attack, otherwise known as a mini-stroke, took hold.

I strongly suspected it was a stroke because my father passed away in 2010 from bowel cancer but he suffered a full-on stroke from the treatment he underwent. So I knew the symptoms.

Rhys Ruddock was my roommate. Poor Rhys. I can only imagine the shock I gave him. He took off down the corridor to find Ireland team doctor Eanna Falvey. I’m very lucky. The immediate treatment and subsequent care I received was second to none. 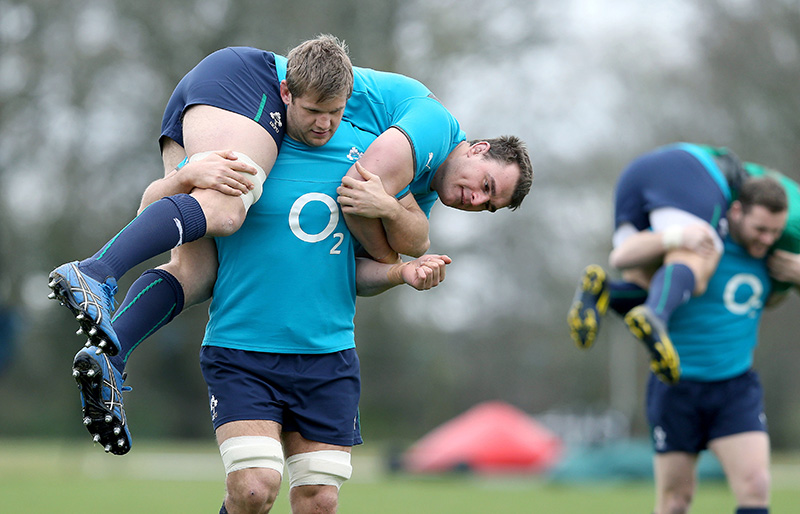 Rhys played a blinder that day when replacing me in the team. He scored a try despite being forced to play out of position. It tells you all you need to know about the guy. I was delighted for him despite being propped up in a hospital bed presuming the worst. This rugby career of mine was under threat. So was my long term health.

It was extremely serious. I’d a hole in my heart which caused a clot that blocked a blood vessel in my brain. Hence the mini-stroke.

”It was terrifying. It lasted for only four minutes, but each second seemed to last a lifetime.

The doctors put me through five or six CT scans and MRIs while suggesting it could be a bad migraine. I knew it was a wee bit more sinister.

Rugby no longer mattered. I had more pressing issues; will I recover? Will this happen again?

Terrifying, until it wasn’t. You set small goals like coming back from an injury. Once the hole in the heart was identified it was a simple enough procedure and I could, very quickly, focus on getting back to full fitness.

How did this occur to a professional athlete at the peak of his powers?

Since the mini-stroke I’ve become an ambassador for Northern Ireland Chest, Heart and Stroke.

That’s how I discovered that this happens to a lot of men who play contact sport – loads of American Footballers and rugby players, like the former All Black scrumhalf Piri Weepu. Athletes who take contact for a living bruise a lot and that can lead to a blood clot in your leg or wherever and that increases the chances of a stroke.

But you can recover and not be left with any disability. I am living proof.

I’ll always remember being told I could resume playing rugby. It was a shock in itself! Less than five months later down in Dublin for rescan, the doctor was very matter of fact about it all, ‘Come off the blood thinner tablets and go back training in a few days.’

Neil Doak was Ulster coach then, so on the drive back to Belfast I gave him a call.

Neil named me on the bench. I wasn’t ready. I think I needed to be told ‘Ok, in six weeks you can return to full training’ but ‘ok, in five days you can play again’ was almost overwhelming. It was against Cardiff at Kingspan Stadium. Two training sessions and there I was in the changing room moments before kick-off, petrified.

I went into the toilet, closed the cubicle door and sat there thinking ‘This is mental, I don’t want to go out there, why am I doing this?’ Then you catch yourself on ‘this doctor is not going to let you harm yourself!’ and you go out and are sent into the game and you make a tackle. You get up and make another tackle. Doubts lingered for about six months but the chance of making the 2015 World Cup squad drowned out the voice in my head: ‘could the stroke happen again?’ 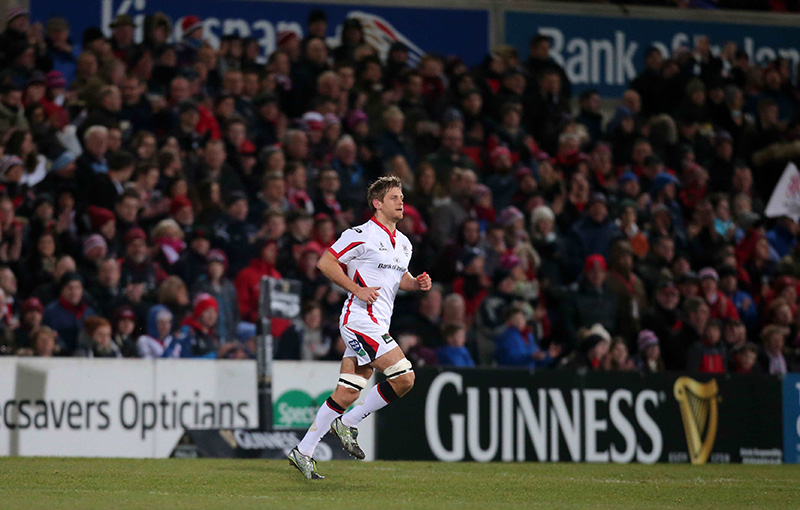 Thankfully I got a lot more out of rugby after I recovered. I played for Ireland again. I played in the biggest game of my life.

I cherished every moment back in the professional team environment. The self doubt that genetically exists in so many Irish players was gone. The pressure remained but the worry about ‘Am I good enough?’ was gone.

Within 11 months of that terrifying morning in Shelbourne Hotel I ran out for a World Cup quarter-final. For the previous tournament in 2011, others made the cut ahead of me, but this time Joe Schmidt called out my name. Seánie O’Brien was suspended for the quarter-final against Argentina but the biggest game of our lives ended up being the most disappointing. 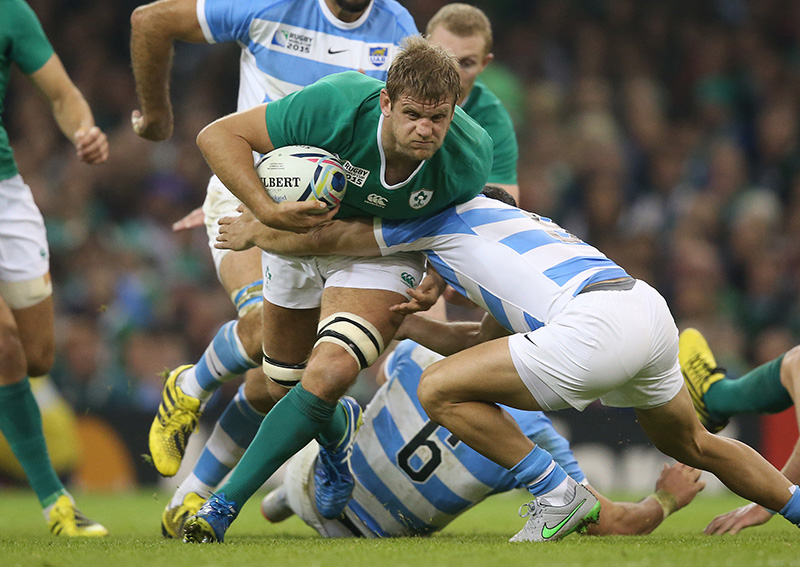 In 2015, we should have reached the World Cup semi-final. Even with injuries to Paul O’Connell, Johnny Sexton, Jarred Payne and Peter O’Mahony we believed we could beat Argentina. On a Joe Schmidt team it is always about implementing the plan. We failed to do that. It was devastating but I got over it quicker than other players because of the journey I had travelled.

I looked to the future, to my next chance to wear the green jersey. The email never came. That was the end. That’s just how it happens.

Joe was up in Malone RFC recently giving one of his special talks, so we got to spend some time together. His honesty about family life and why he is leaving the Ireland coaching job is so impressive.

He got the best out of me. He showed me how I can create a try by winning a ruck at a precise moment. He even knew the name of the opponent I’d be contesting with at every breakdown, the detail was astonishing! I also like to think I delivered for him when we captured the championship in Paris.

That’s why Ireland has been so successful on his watch. Players know he is always watching. They want to perform for him because he gives you the knowledge and empowers you to perform. He showed me the standard a top class openside must reach and challenged me to get there. I got fitter for him, I got leaner. I recovered from a mini-stroke to get back in his Irish team!

”We hear about people playing for a coach, but Joe Schmidt is the epitome of that idea.

Nowadays, I’m focusing on being a father, but I love rugby and want to stay a part of it in some shape or form. For now I’ll keep up the night feeds. That’s the current profession. That’s the game of life!

Our feature with Chris Henry was brought to you in association with Volkswagen, Proud Partner of Irish Rugby.

If you enjoyed Chris’ story, you might like to read Ulster & Ireland star Darren Cave’s “You Don’t Have To Be From ‘The North’ To Feel Pride” 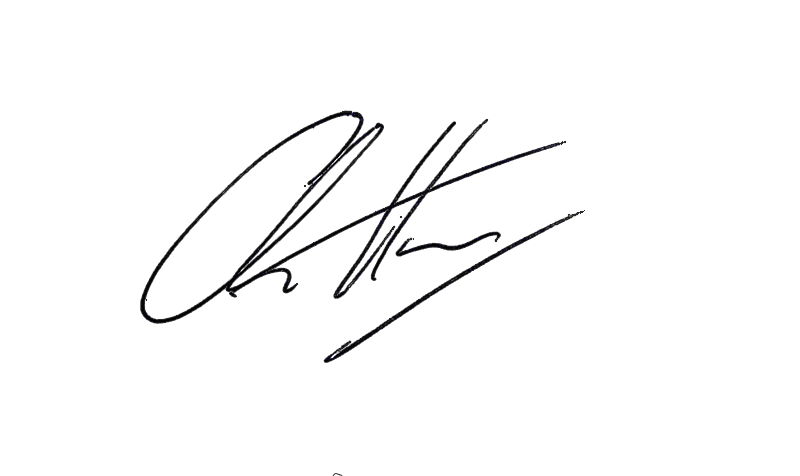