Every Day’s A Schoolday

Star Limerick hurler Aaron Gillane talks about the best influences on his career, the people who gave him the confidence to become the player he is today.

You never stop learning from people.

One of the big things I’ve learned is that when you have that bit of confidence you can do anything.

One of the people that’s had the biggest impact on me so far has been Jamie Wall. He changed the path of my hurling career at a very important time. 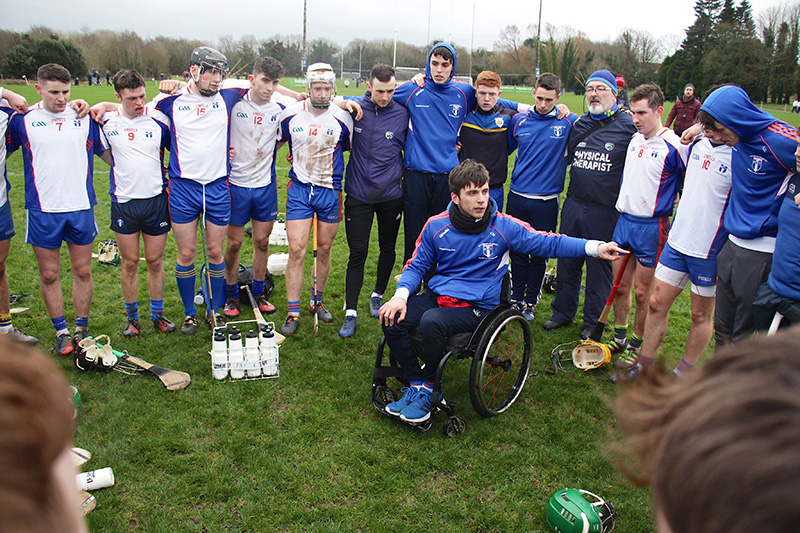 Jamie took over as manager at Mary I when I was in second year. I had just been dropped from the Limerick senior panel. Things weren’t going my way, but Jamie obviously saw something in me. He threw me in at the deep end playing with lads like Ronan Maher, Colm Galvin, Cian Lynch – lads I would have looked up to that were now teammates.

I remember one day we were playing Carlow in the first round of the Fitzgibbon Cup. I was the last man coming out of the dressing room. Jamie came up in front of me and said, “relax, you don’t have to impress anyone today. You’re up there with these guys. You’re as good as them all.” As a young player, to hear that from a manager, it gives you belief. It gives you confidence. 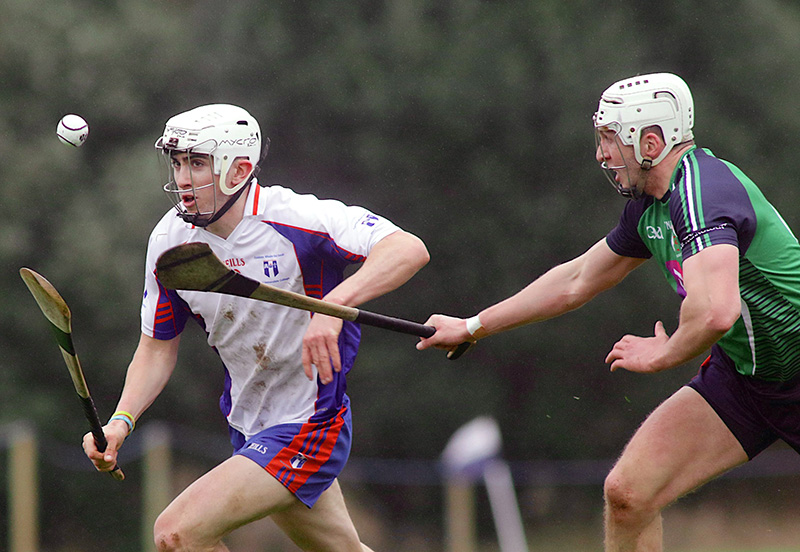 Maybe that’s all that was holding me back. Just needing someone to give me that extra push. I would have always liked to think that I was handy, but you need that confidence to push on. Going out on to the field with total freedom, that’s when you’re going to play to the best of your ability.

I learned so much from Jamie. Not just about hurling, about attitude too. Jamie’s playing career was taken from him by an illness and he’s had to deal with all that comes with that, but you’d never know it. Whether it’s help with your studies in college, your hurling or even if you just want to meet up for a coffee and a chat, Jamie’s always there to help. I’ve huge respect for him.

”Support is all around you if you look for it. It drives you on.

The obvious one is the Limerick supporters themselves, they’re the best in the world. They’re buck ape. They’re lunatics. The noise is incredible when you come out for the big games but then you get on with the job and forget about the weight of expectation coming from the stands. They only want Limerick to win just like we do.

You see, we all train so hard, flat out throughout the year. You’re training for that 10- or 15-minute buzz after you win a big match, that euphoria. It’s hard to explain, it’s like some sort of drug. We had that buzz after the semi-final against Cork. After the All-Ireland final it was different, it was almost like a shock to the system. I’d soldiered with so many of those guys up through underage levels. The craic on the journeys to training. The special bond that develops. Now we’d won an All-Ireland together. 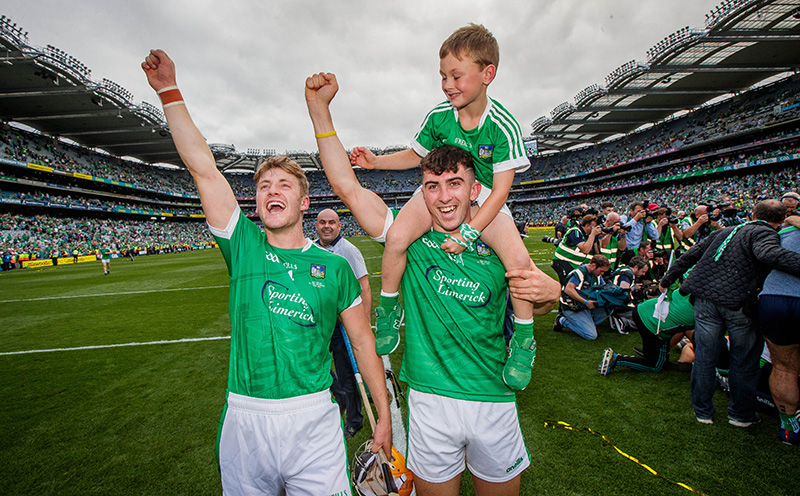 I remember at the final whistle, Diarmuid Byrnes jumping on my back shouting, “What’s happenin’? We’re after winning the All-Ireland!” I couldn’t say anything back to him. In that moment it’s impossible to get your head around what we’d achieved.

The few days celebrating after are great, no doubt about it. But you’re almost celebrating for the sake of it because you don’t really understand what you’ve achieved until much later, it’s hard to even put into words what it means.

When we brought Liam MacCarthy back to Patrickswell the following Saturday it started to take on real meaning. The field was covered with thousands of supporters. We were up on the trailer of a truck looking out at the crowd.

”To see the joy in people’s faces. Young children cheering. Old men crying. That was the moment that stood out for me.

We were among clubmen like Gary Kirby and Ciaran Carey, some of the greatest hurlers never to win an All-Ireland. They weren’t bitter over that.  They were just proud that we could finally bring the cup to the club after such a long wait for success. They had slaved away with us at underage levels. We had learned so much from them. That made them part of the success story and it was nice to see how much it meant to them. 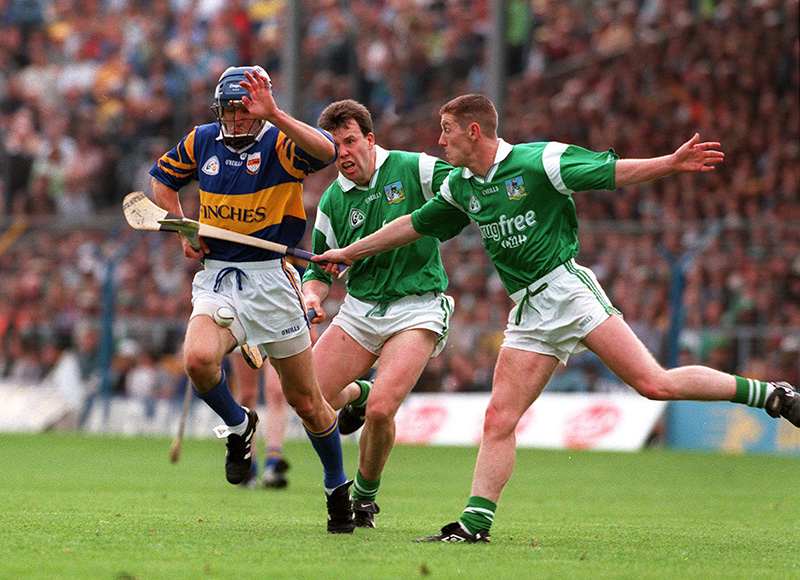 In years gone by, I would have been cynical enough about the psychological side of the game. That opinion rightly changed when I joined the senior ranks in 2017. I understand now that it’s only when you have your mind right that you be the best you can be on the field.

I got to work with people like Caroline Currid. She was like the mother of the squad. I saw the difference she made to people’s lifestyles and approach to games. Setting goals. Getting people’s minds right so they can be in the zone on the big days.

The All-Ireland semi-final last year was my first time playing in Croke Park. It was the same for other lads on the panel. Caroline had been through the process before with Tipp and Tyrone. She had everything kept under control. All the details worked out, down to a tee. You didn’t have to worry about where you family might be sitting, or whether everyone had a ticket. Those type of details had all been looked after. All we had to worry about was the job we had to do on the pitch. Implement the game plan.

”When we went out on to the pitch our minds were free. All we had to do was hurl.

The psychological side of the game is not rocket science. It’s nice and simple. You focus on what you have to do so that when the moment comes in a match you can perform.

It’s like the goal I scored in the League final this year. There was a lot made of that afterwards, but I can tell you for a fact I never even tried anything like that before. I saw the ball coming at such speed, there was no time to catch or control it, so I just threw the hurley at it and luckily enough it went in. Another day it mightn’t, and no one would be talking about it. You just have to have to play what’s in front of you and have the confidence to have a go.

Having a support network at home can’t be underestimated either – it’s part of the GAA. It all adds to your ability to just go out and play. My mother, you can’t fault her. The breakfast on the table, the gear ready. Making sure I have the best of everything. My father, the same. Since I was knee high, he’s been helping me with my game. Tips and advice. Going to get my hurleys for me. I started out like most people do hurling with my father and brother in the back garden and they were there to help all the way to where I am now.

Down at the club, so many people contribute to making you into the player that you are. Ciaran Carey was over us at Patrickswell when I made the senior team. The knowledge he had of the game. No huff and puff, just pulling you aside for a quiet word to tell you exactly what you have to do to improve. That’s invaluable.

The structures were there too in Limerick GAA.

The best thing they ever did was set up the Academy in UL. Eight years ago, you had myself, Cian Lynch, Colin Ryan, Sean Finn, Tom Morrissey, Barry Murphy, all these guys starting in the Academy. From under 14 to minor we had top class coaching, passing on knowledge and nuggets of information that helped us be the best that we could be.

By the time we got to minor we were winning titles and contesting All-Ireland finals. We won two Munster minor and two All-Ireland under 21 championships in the space of four years. When you’re winning, you’re bringing that mentality into whatever you do next. Once you get a taste for winning you want to keep chasing it.

Of that 21s group 13 or 14 of us went straight into the senior panel. It was humbling to be among the senior ranks with all those top players who had been battling for Limerick for years but were unlucky not to have gone all the way. With their experience and our will to win, it became a perfect match. As a group we were ready to do whatever it took to win that All-Ireland for Limerick.

No-one had time to relax or rest on their laurels. Everyone was looking for that extra one or two percent to improve your game as the season went on.

Some the hardest matches I played in last year were training matches. Marking the likes of Richie McCarthy, Sean Finn and Richie English. We didn’t want to give each other an inch. There was huge competition for places.

Shane Dowling had been starting on the bench. He’d had a tough year with injury and a narrow loss in the club final with Na Piarsaigh. I’ll never forget the speech he gave in the dressing room just before extra time in the semi-final against Cork. He spoke with such passion. After hearing him speak, we all knew as soon as we hit the grass, we couldn’t leave it behind us. Shane came on then and let his hurling do the talking. 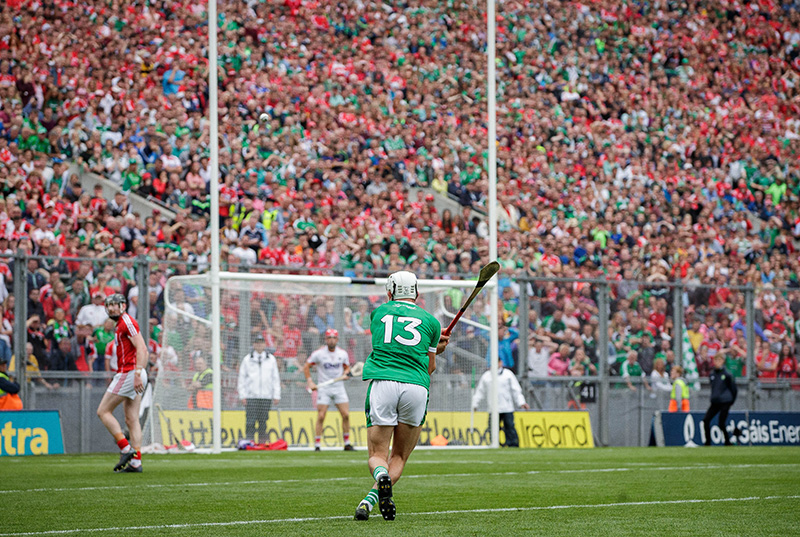 That’s how it was. As a panel we pushed each other on. Improvement came with that. That’s why we were successful last year.

I will keep pushing to do what I can to help achieve success for club and county. To put it simply, I see myself as a hurler. It’s my job. I was born into a hurling stronghold at Patrickswell. I wouldn’t have it any other way.

Recently myself and Kyle Hayes had to go into the Academy in UL to do a question and answer session with the 16s and Minors. One thing Kyle said that stood out for me was that to be successful you have to sacrifice a lot. He talked about how he missed out on so many nights out with his friends. It’s even led to him losing some friends, but he wouldn’t change a thing. He has an All-Ireland medal now and hopefully more success to come.

It’s true. Winning with a group of players, that buzz, will always be far better than having a great night out on the town. It’s an easy sacrifice to make.

So, for now, I’m happy out to keep learning.