Former player, manager and now Sky Sports analyst, Graeme Souness reflects on his seven seasons at Liverpool spanning one of the club’s most successful periods and talks about what makes Liverpool Football Club so special.

I believe there are four football clubs in the UK that are institutions. They go way beyond being just a football club. One is Celtic, one is Rangers, one is Manchester United and the other, is Liverpool.

What makes those clubs so special? It’s quite simple – the supporters. There’s a passion from those supporters that is a level beyond other football clubs.

Liverpool is an emotional football club. Everybody involved from players to staff to supporters are making a massive emotional investment in the fortunes of the club.

Jürgen Klopp, the way he comes across, is a perfect fit. He embodies that emotional investment. He wears his heart on his sleeve. He’s the nearest thing we’ve seen to Shankly, in the way that he is a man of the people. The supporters respond to that. That’s Liverpool Football Club.

When you look at this current Liverpool team. They are so good, so consistent, it’s been fabulous to watch. They could have given them the title on Christmas Day. 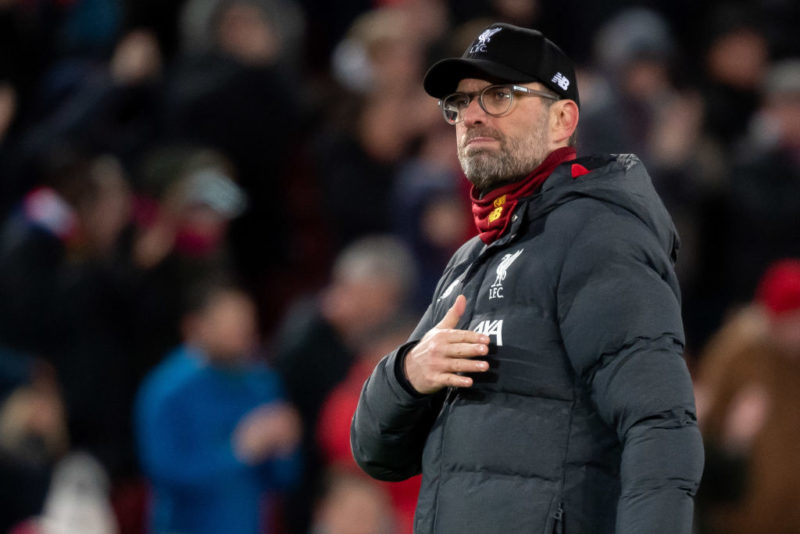 Head coach Juergen Klopp of Liverpool FC looks on after the UEFA Champions League round of 16 second leg match between Liverpool FC and Atletico Madrid at Anfield on March 11, 2020 in Liverpool, United Kingdom. (Photo by Max Maiwald/DeFodi Images via Getty Images)

When I arrived at Liverpool in January 1978, there was an established winning culture. You had a sense that it was different, that you were part of something special. You were aware of the relationship that Bill Shankly had with the city of Liverpool and that he had passed that down to Bob Paisley, Joe Fagan, and Ronnie Moran.

They might not have talked about it every day, but our coaches made us well aware of our responsibilities. You had a duty to look after yourself. There was a time to party but first and foremost, you had to be prepared to put in the hard work. It was all about winning trophies.

For that you needed discipline. One thing I’ve learned is that, in any walk of life, if you haven’t got discipline you haven’t got anything. A God given talent without discipline is nothing, just like if you’re not gifted but you have the discipline and a fantastic attitude, you can be better than the other guy. I’ve seen that.

The coaches instilled that work ethic and discipline.

At the start of a new season we’d have the official team picture. In front of the team would be the trophies from the previous season. I can remember one year we had just one trophy and Joe Fagan saying to Ronnie Moran, “Wasn’t really a good year Ronnie, we only got one.” He said it loud enough for the rest of us to hear. The coaches would drop pearls like that at us, so we’d remember, “You can’t be happy with just one, this is Liverpool.”

I was lucky to lift some of those trophies as captain. I can remember the feeling of relief, winning the League after nine hard months. Of course, there was some elation, but also relief.

Our coaches were always cool about it. They just kept putting it back on our shoulders to go again, win again. They’d tell us that we’re so good as individuals, as a collective we can be too much for anyone. There was nothing tactically marvelous about it. It was a belief that, no matter who we came up against, we had better players and we worked harder than them.

Dalglish, Hansen and I, the three Jocks, emerged as the most vocal in the dressing room. Mark Lawrenson would have had plenty to say too. We didn’t need to shout and roar. We were all top players that didn’t need to be told twice. 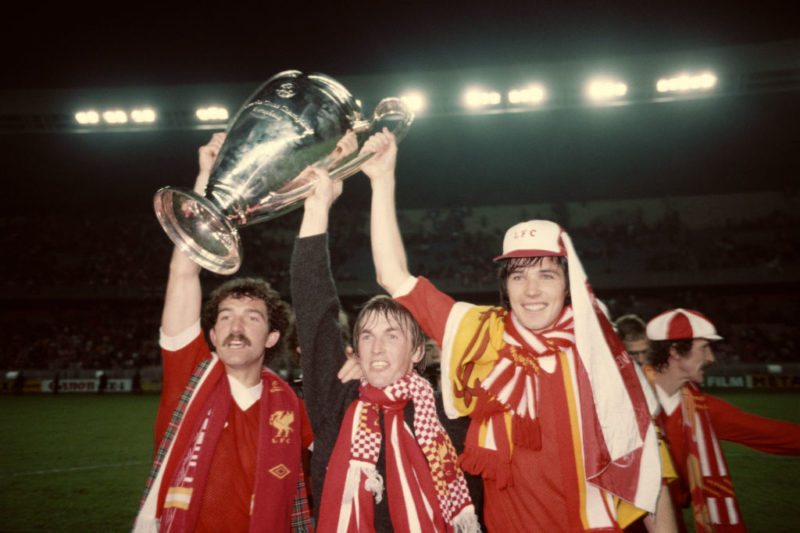 Liverpool’s Scotland players from left to right, Graeme Souness, Kenny Dalglish and Alan Hansen celebrate with the Euopean Cup after their 1-0 victory over Real Madrid at Parc de Princes on May 27, 1981 in Paris, France, Terry McDermott is seen to the far right.
(Photo by Allsport/Getty Images/Hulton Archive)

To win something, the moment passes too quickly. I had seven incredible years at Liverpool. I’d love to go back and live them all again. I’ve been blessed. I played with some great players and we took some knocking off our perch. They were great times. Other than becoming a father, nothing comes near to the feeling of winning with your teammates like that. My wife might shout at me for not putting my wedding day in there put hopefully she won’t read this!

I’m of an age now where I can look back and think about the things I achieved and the mistakes I made along the way. Of course, I regret some things. But the good times far outweighed the bad and if I was offered the chance to go and relive the whole thing again, make those same mistakes, weather those storms, exactly as it was, I’d say, “Yes please, tell me where I sign up for that.” I wouldn’t change a thing.

”I’ve had the most ridiculous, blessed life and the vast majority of that is because I could kick a ball.

I’m sure there are a lot of players that look back on their career and say, “I could’ve done better, I could have done more.” I can’t say that. I gave myself every opportunity to achieve, and I’m proud of what I did.

I was the youngest of three boys growing up. I always had someone to play football with. Someone who was bigger and stronger than me that would put me back on my arse. It stood me in good stead going forward. It helped me build confidence and belief in myself. That comes from a solid, stable, loving family background. Dad gave me encouragement all the time. In professional sport, there are obstacles and knock backs. How you react to that largely depends on how you’ve been brought up.

I’ve been accused of being arrogant and big headed as a player. Guilty as charged. That was because of the belief that I was good enough to be doing what I was doing. I wanted to be a success in football and that was never in doubt for me.

I often think back to the kid, growing up in a prefab in Edinburgh. Blessed with the household I was born into. My parents never raised a hand to me. My mum might have thrown things at me from time to time but never raised her hand. I learned discipline from my brothers. I learned skills to survive in a world that can be very, very tough at times.

I went to Spurs at 15. At 19, I got my first custard pie when they sold me to Middlesbrough for 30 grand having only played for the Spurs first team once. I thought, “Right, they don’t fancy me.” It was a knock back, but it only made me more determined to succeed. I wanted to prove to Spurs that they’d made a mistake. Within four years I was sold to Liverpool on a record transfer fee. That was a real, “F*** You” moment for me. 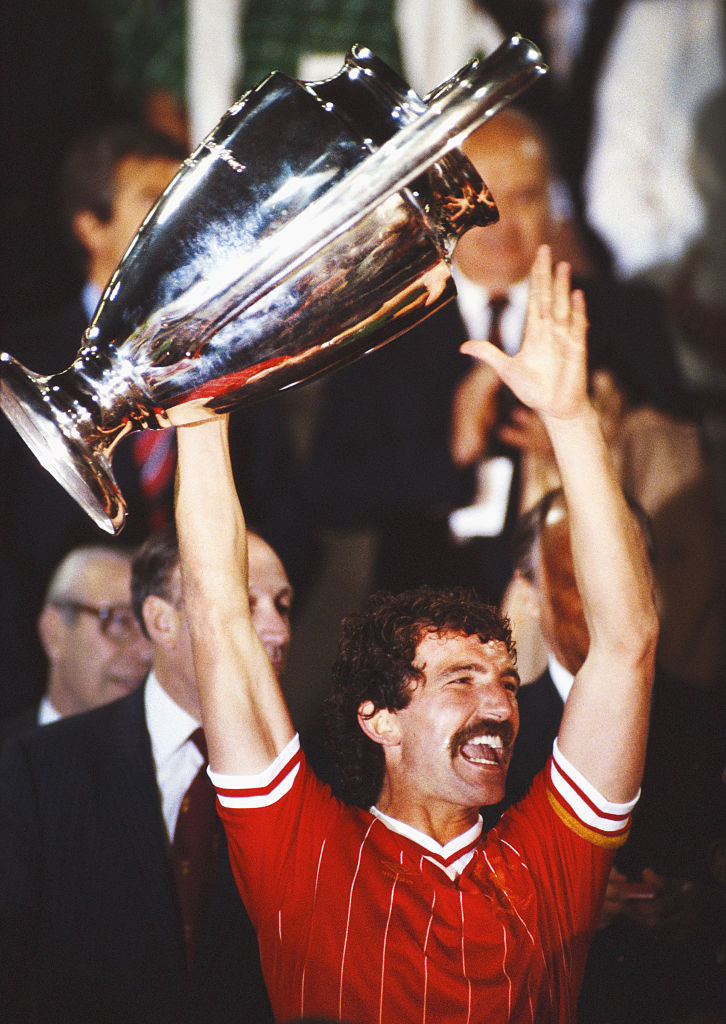 Graeme Souness lifts the trophy after Liverpool had beaten AS Roma to win the 1984 European Cup Final on penalties at the Olympic Stadium on May 30, 1984 in Rome, Italy. (Photo by David Cannon/Allsport/Getty Images)

There are so many cherished memories from those seven seasons with Liverpool.

Six months before joining Liverpool, I was with Middlesbrough in a working man’s club in a mining town in New South Wales, Australia, watching Liverpool win the European Cup final against Borussia Mönchengladbach. A year later, I was playing in Wembley, part of the Liverpool team that won the European Cup against Club Brugge. That was the moment when I felt like I’d arrived.

In 1981, we beat Real Madrid in the European Cup final in Paris on a Wednesday night. On the Thursday, we were on a victory bus tour around Liverpool city. On the Friday, my first son was born. How much more special does it get than that?

”In 1984, the last ball I kicked for Liverpool was to score a penalty in the shootout to win the European Cup against Roma, in Rome.

Winning one European Cup for any player is special. Winning three was incredible. I know I’m being greedy, but we could have won even more.

Then you have the League Championships that we won. In the eyes of our management team, they’d say, “Take your cups, just give us the League every year.”

It’s impossible to pick a favourite moment. I leave it up to others to choose.

I just know how lucky I was to be part of that club at that time. I always said, I only played with very good players or great players at Liverpool. 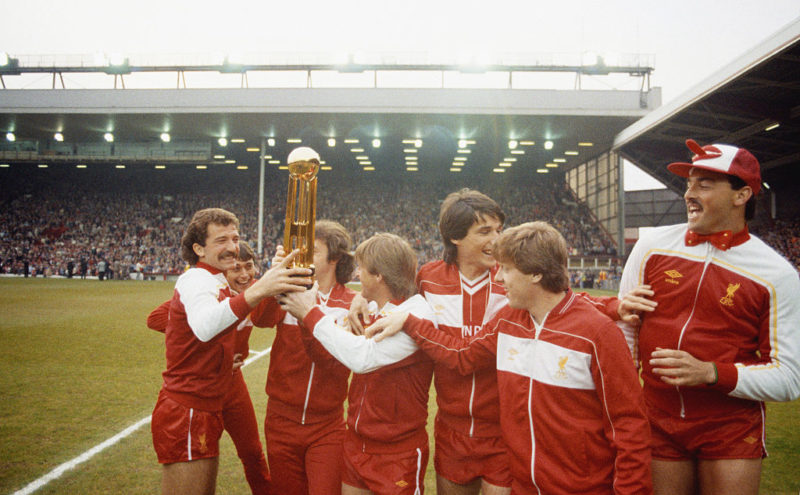 Graeme Souness (l) celebrates with team mates from left to right, Michael Robinson,John Wark (obscured by trophy) Kenny Dalglish, Alan Hansen, Steve Nicol and Bruce Grobbelaar pictured with the Canon League Division One trophy for the 1983/84 season before their match against Norwich City at Anfield on May 15th, 1984 in Liverpool, England. (Photo by Mike Powell/Allsport/Getty Images)

I grew up as a Glasgow Rangers supporter. I got to go back there as a player / manager and made some great memories there too.  That club will always be special to me and there’s something very special about Liverpool. Liverpool is where I played my best football.

Driving up to Anfield, getting off the bus, taking the steps. When the buzzer goes at 5 to 3 and you head out. Everything about it stood out. The atmosphere was incredible, and it’s the same today.

Of course, you can say I’m biased but I’ve been to almost all of the big stadia and nothing compares to the atmosphere at Anfield. I think nine out of 10 people who’ve had a similar experience to me would agree. Except the Man United lads!

Graeme Souness is a Sky Sports analyst. Sky Sports will show 64 matches – 39 exclusive to subscribers and an extra 25 available more widely on Sky One. Premier League action returns with a double-header on 17 June. For more visit https://www.skysports.com/premier-league

If you enjoyed Graeme’s piece you might like to read Kevin Doyle’s – “From The Lounge To The Lansdowne Roar.” 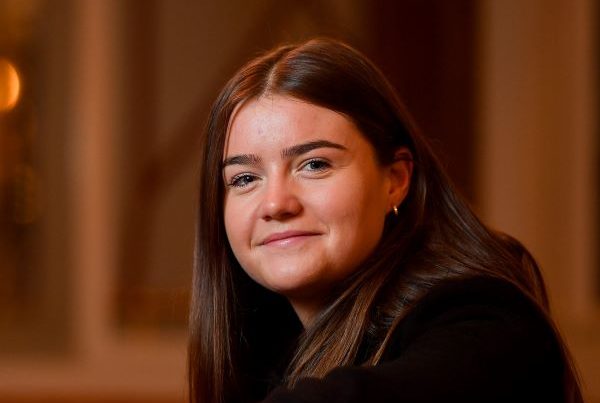