There are two big misconceptions around referees…

The first is that we’re not fans. Referees love rugby as much as anyone. It’s that love of the game that makes us want to be the best that we can be and officiate to a level that keeps players safe, always promotes fairness and facilitates great, memorable games.

The second is that we operate alone – that couldn’t be further from the truth. More than ever before referees from all over the world work together to achieve the highest standards in our profession. To be consistent and achieve excellence requires knowledge sharing, coaching and communication so that everyone associated with the game we love can enjoy the spectacle of rugby without the officiating becoming the story.

Like most of us, I started out playing rugby. While recovering from an injury in my mid-teens a teacher suggested that I take up refereeing to keep busy on Saturday afternoons.

I discovered that, not only do you get a couple of pounds in travel expenses, but you also get a couple of free pints after the game in a special referee tankard. As a 15-year-old lad, I thought this was brilliant – I’d found my dream job!

I went to the University of East Anglia in Norwich to study Law, where I played mid-week rugby and continued my Saturday refereeing. I realised pretty quickly which I was better at, or rather, my teammates were quick to tell me which I was better at. I chose the route to becoming a professional referee, and that’s how it all started back in 2005.

Because I’d started refereeing so young, I already had quite a bit of experience under my belt by the time I got the call to go to my first Rugby World Cup as a referee. 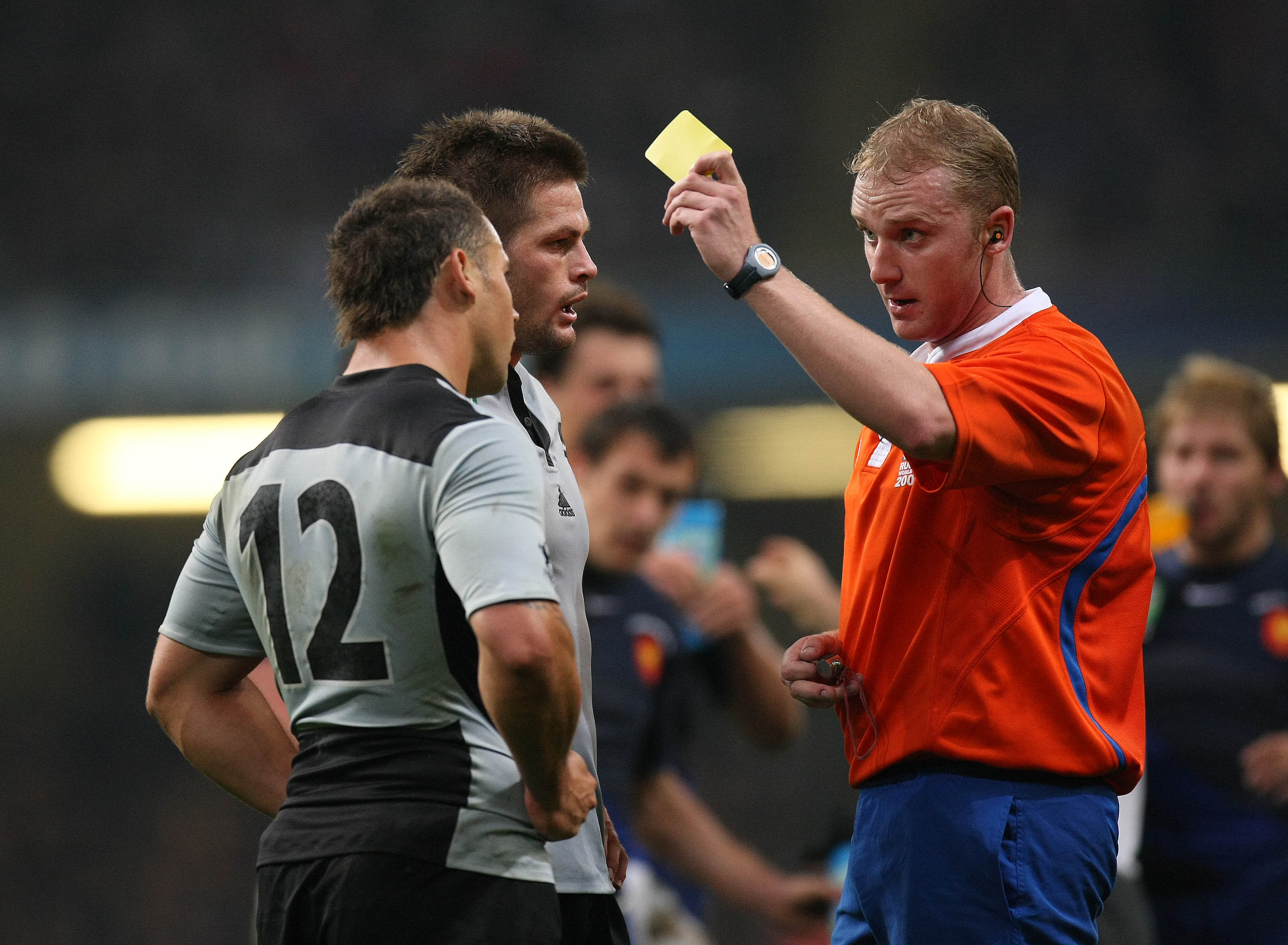 ”Everyone knows it was a bit of a surprise when I was selected to go to Rugby World Cup 2007 as a referee.

I’d only done four or five test matches when that selection was made, but you take the opportunities that are presented to you, and I’ve learned from all three Rugby World Cups I’ve refereed at since then.

It was a huge honour to be selected in 2007.  I remember the day I got the call. It was bittersweet, as I was at a family funeral that day. Soon after, the significance of it all started to sink in.

Off the back of my selection, I was on a flight to Capetown to referee South Africa versus Australia in the Rugby Championship. At times like that your mind goes back to the days of Bream Thirds versus Berry Hill Whoppers and you have a massive appreciation for the opportunity you’ve been given.

It was a bit of a whirlwind from my first test match in ‘06 to the quarter final in Rugby World Cup 2007 but learning from those early stages has given me staying power in this profession – always looking for that 1% improvement. I’m now embarking on my fourth Rugby World Cup and the honour and privilege remains the same.

The last time I was not involved in a Rugby World Cup as an official was in 2003. So, I watched as an England fan, not an international ref.

There were so many moments that changed the course of the tournament in 2003. It looked like England were going to lose to Wales and Mike Catt came on and changed the game. France looked formidable in the semi-final, and then the rain came, and the England forwards were rubbing their hands together.

I was due to ref a game at Worcester on the same day as the final of Rugby World Cup.  Kick off in Sydney was around 8:30am our time. Kick off in Worcester was 1pm – no problem there then, plenty of time to watch the final and drive to work after.  Of course, I hadn’t counted on extra time. I couldn’t leave now, so I stayed and watched England win the world cup, jumped in the car and headed west.

Of course, when I arrived at Worcester, the celebrations were in full swing. People singing. Dancing on tables (even the coaches). No one was really thinking about the game at one o’clock, but there was an interlude as the game went ahead and then the players and fans went back to celebrating England’s victory. I got back to Twickenham to join my mates, but most of them were in bed already. It was a long day!

You can’t mention England’s win in 2003 without mentioning Martin Johnson. His single-mindedness was inspiring. The passion he showed in the extra time talk during that final, driving and dragging players with him.

As a young man, I refereed Martin Johnson. He was an icon of the game at that point, a Rugby World Cup winner and two-time Lions captain. I sin binned him for tackling a player, a metre after a quick tap penalty.

”Issuing the yellow card, I was petrified to the point where I apologised as I was doing it.

I said, “I’m sorry sir” … to which he replied in typical fashion, “First decision you got right all day!”

The tournament has showcased so many great leaders from Johnson, to John Smit and Richie McCaw. They represent what Rugby World Cup is about and what it takes to win it. 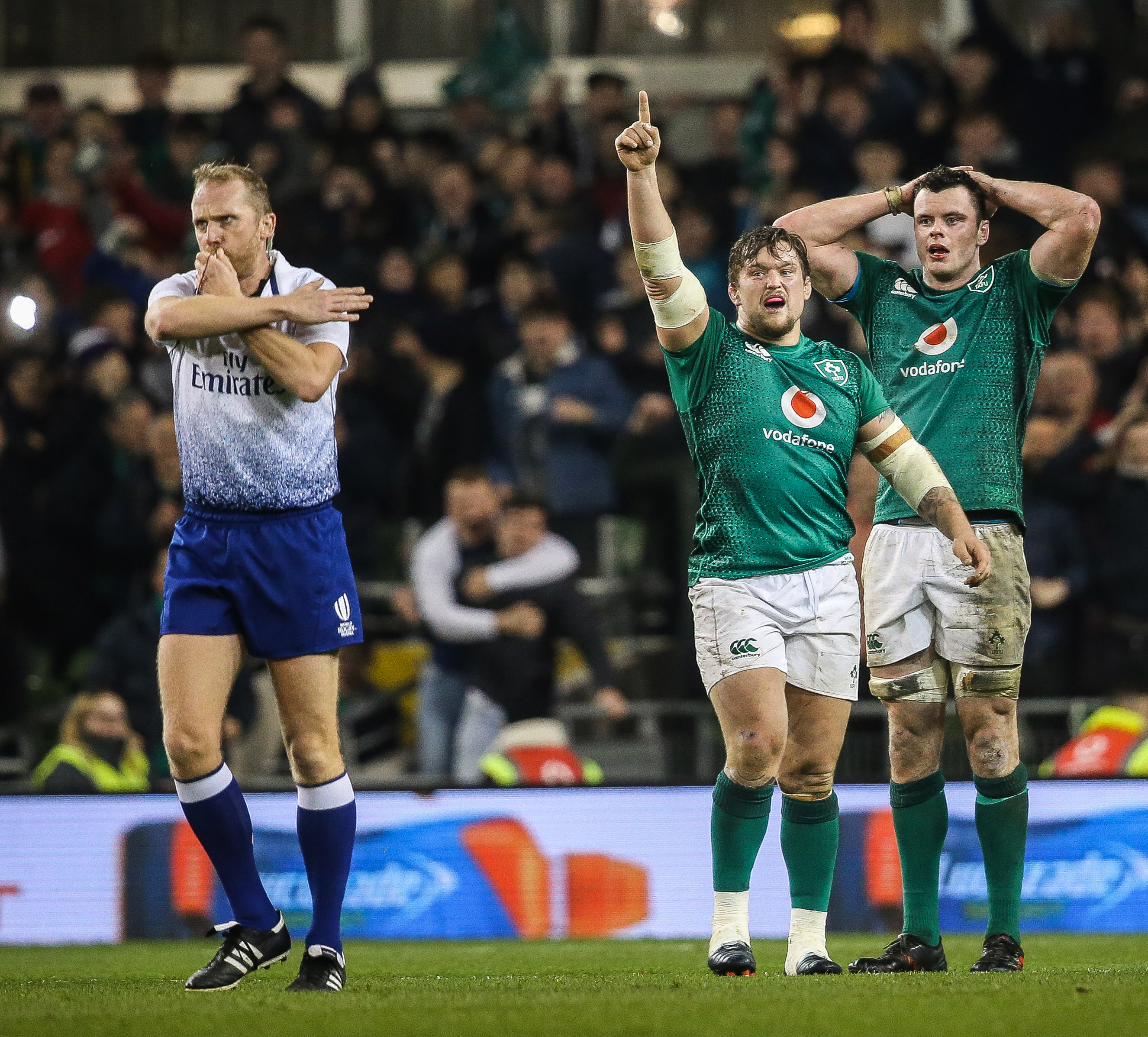 It’s a massive privilege to be a professional rugby referee, but like any elite sporting career, it’s not without sacrifice and can be a challenge to achieve balance between work and family life.

I flew to Japan for Rugby World Cup on the 10th September… my four-year-old’s first day at school was the 11th. Having to turn to your two young children and say “see you in eight weeks” is going to be a struggle, but we want to be involved at the sharp edge of rugby. Therefore, being apart from family for long periods and missing milestones has to be something you come to accept. We understand the sacrifice as a family, but I also know it’s something I won’t be doing forever.

For anyone involved in International rugby it’s a four-year cycle. Once this Rugby World Cup is over, I’ll have to ask myself “Is it another four years?… Is it another two to bring me up to a potential Lions tour?… Is it time to call it a day?” Those decisions will be made after the tournament. For now, all my focus is on doing the job ahead of me in Japan.

I’ve referred on two previous occasions in Japan. It’s such a colourful country. People here are so welcoming. Fans who’ve never been to Japan before are in for a real treat.

It’s also probably the most open tournament ever in terms of who might win it. You’d need to be brave to put your £2 down on any team.

Of course, there will be pressure, but with pressure comes privilege. Not everyone will agree with the decisions, nor should they, there are grey areas. My job is to act in the interest of fairness and officiate what I see in front of me and work with the other three match officials to ensure we’ve given each team a fair crack at it. There will be some fans who express outrage at my decisions but I’m not someone who uses social media or Google’s my name. I strive to be the best referee that I can be. I don’t strive to be popular.

My aim for the for Rugby World Cup 2019™  is that no one mentions, Wayne Barnes or any of the officials. That means that we’ve done our job. It will take a massive team effort from all of us. If we all work together in a respectful manner, we can make the game better. Respect is at the core of rugby’s values, and it’s what makes it the greatest game in the world.

These are the games we want to be involved in as match officials. Memories will be made. Personally, I can’t wait.

The Day That Changed South Africa