Ireland’s Grand Slam winning captain, Fiona Coghlan tells the story of her path to the top of women’s rugby in Ireland, the barriers faced, challenges overcome and the many “firsts” achieved by the Ireland Women’s Rugby team.

At the time, people thought it was a mad decision for a Dubliner to go to college in Limerick. But that was the only place to study PE teaching, so off I went.

Freshers week in UL you sign up for everything. Young Fine Gael or Fianna Fáil or whoever is giving out the free stuff. So, I signed up for the rugby.

My first training session I was put in the forwards. I didn’t really love it, standing around, doing line outs. I didn’t know what I was at, so I said, I’m not going back to that again.

Three weeks later, I got an email to say that they were stuck for numbers and I’d never like to see a team stuck, so I went down to help out. They weren’t stuck for numbers; the opposition were, so I ended up playing for DCU. Once I started to play, I fell in love with rugby. 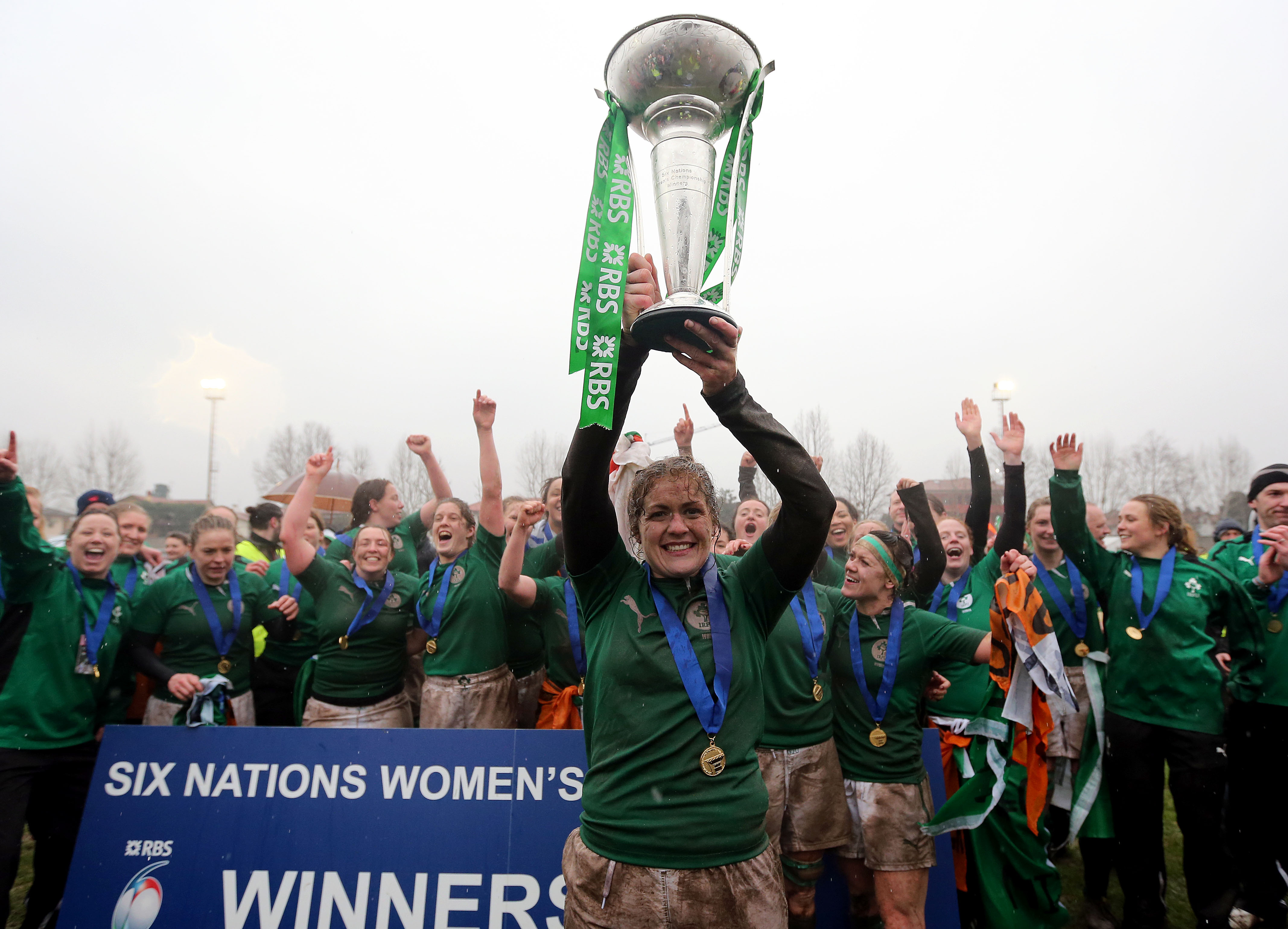 I grew up in Clontarf about 100 metres from the rugby club. Back then, there weren’t many sports for girls. There certainly wasn’t any rugby.

My first love in sport was horse-riding. One Christmas, I was convinced that I was going to get my own pony. But we lived in a housing estate in Dublin, where exactly I thought I’d keep the pony, I don’t know. There was no pony on Christmas morning, just an electric typewriter. That’s still an ongoing joke in my house.

I learned a lot of my work ethic from horse riding. It’s long hours and a lot of responsibility.

I got involved in loads of team sports in secondary school. I loved basketball, Gaelic football, camogie, hockey… you name it! Sports was always my thing.

When I went to UL, I was lucky to join the likes of Sarah Jane Belton, Patrique Kelly, and Louise Beamish. They were the standard bearers of women’s rugby. When you’re training alongside them you can believe you’ll achieve if you really want to. So, from early on, I knew I wanted to play for Ireland.

UL Bohs started a women’s team in 2001 and it became my life.

Before that, it was a case of ‘go to college on a Monday morning and come home on a Friday evening, I’m not staying in Limerick for the weekend’.  Once I was on the UL Bohs team, my parents had to take trips down to visit me, or see me at matches in Dublin, because I was so committed.

Ian Costello was the coach. His ability to get the best out of beginners and experienced players in the same training session was phenomenal. Every aspect of the team was really well resourced. All we had to worry about was going out and performing.

There was no way in hell we should’ve won an AIL in our first year, but the quality of the people in that squad and the coaching was great and we came out on top. It wasn’t until I stepped into the provincial setting that I noticed the barriers that existed in women’s rugby.

”Whatever barriers that were there, we worked to break them down. We didn’t want or need excuses.

The players took it upon themselves. In the early days we didn’t have a strength and conditioning coach, so Lynne Cantwell used to write our fitness programmes. Fiona Steed used to do a lot of the physio work. Anytime anyone could give something extra, they did. That way things improve; performance improves and there isn’t a barrier anymore.

But a big barrier still remained; to achieve the media coverage and profile for our sport, we knew we needed to win. 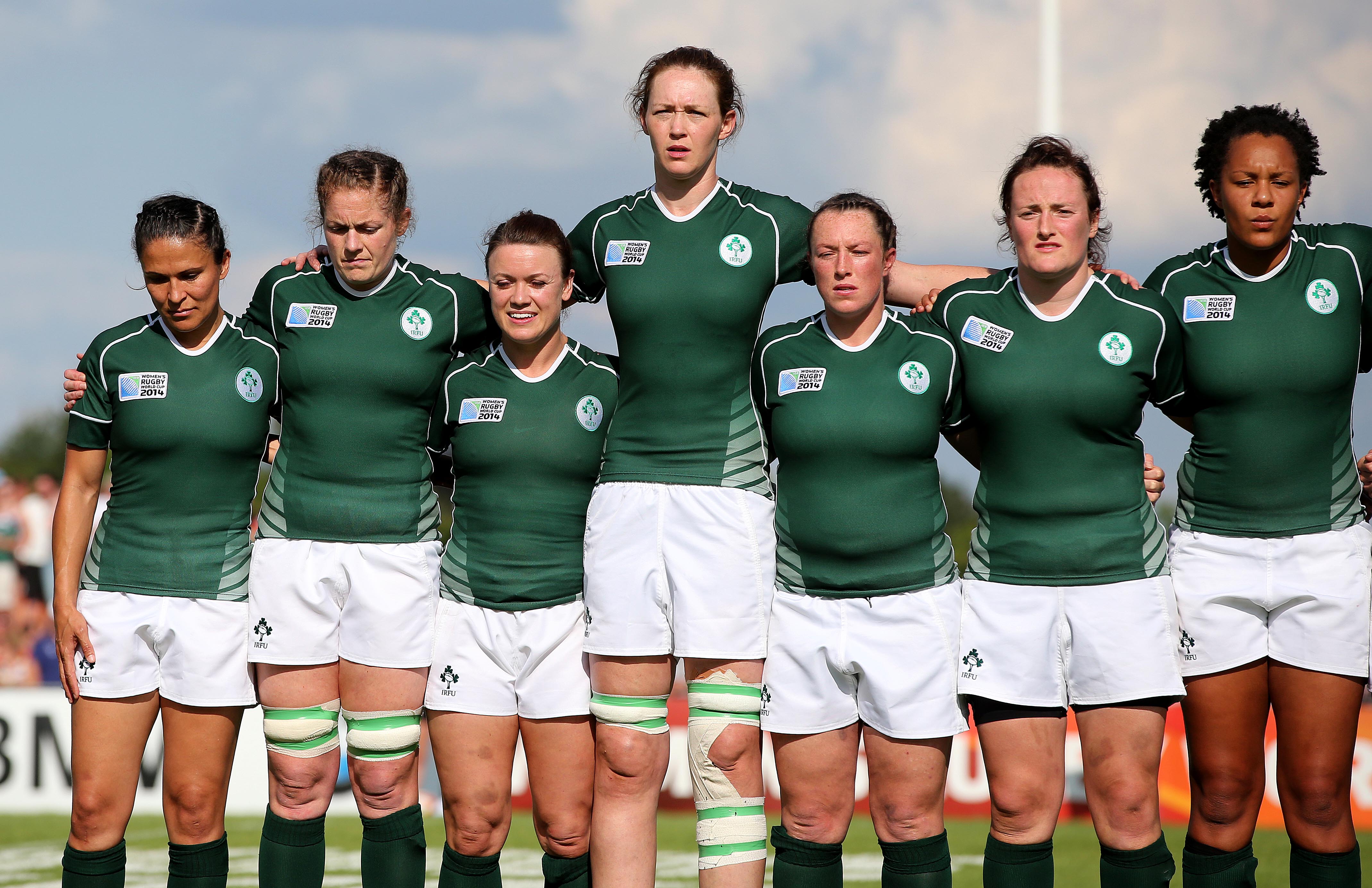 In 2012 we were flying to France for a game on a shoestring budget and three hours sleep. The game was brought forward because of snow. There was nothing we could do about it. Control the controllables.

We played, really, really well. We lost by a single point. Once we got home there was a big media furore about our travel arrangements. We were just looking at it all asking, ‘why is nobody writing about how well we played?’

It wasn’t in their minds. It had never been in their lives. They were too busy writing about the men’s rugby. That’s just the way it was.

I said to the girls then, ‘if we want them to write about us playing, we have to win something’. Of course, I didn’t realise how quickly that would happen for us. 2013 was a massive year for us.

It was when we beat England 25-0 in the 2013 6 Nations, the media sat up and started to take notice. England weren’t a professional team, but they were better resourced than us.

That was when the bandwagon started. We had already beaten Wales. Then we beat Scotland. We beat France in a cracking game. So, we had to beat Italy to win the Grand Slam. The final game against Italy was the first live women’s game on RTÉ and it was a very poor game of rugby.

It went from sun splitting the stones to an absolute mud fest in the rain. We had to change our game plan on the morning of the game. It was a slog. A dog fight. Yes, we had the shiny trophy at the end, but you don’t do yourself justice without a performance. We wanted to show everyone how good we could play, and it just didn’t happen that day. Luckily, the nice shiny trophy kind of distracted people though.

We knew then that we needed to continue the momentum. We weren’t going to be a one hit wonder. It set us up for the 2014 Women’s Rugby World Cup. Our chance to shine on the world stage.

A lot of people didn’t speak about us because New Zealand were in our pool. Unless you win your pool it’s very difficult to make it to the semi-finals. The IRFU said, if we got to the top six then we’d be in a good place. I said, “that’s not good enough for us.”

The day we played New Zealand was a phenomenal occasion. Our coaching staff Goose and Greg McWilliams had us really well prepared and a game plan in place to beat New Zealand.  Heading out to the pitch Joe Schmidt was there showing his support. Tania Rosser, who’s a Kiwi, led us out for her 50th cap. A huge crowd was singing the national anthem back to us. It was one of those moments that makes the hairs stand up on the back of your neck.

”We dominated the first 20 minutes. I remember going into one scrum and Tania was singing. I was thinking, ‘what is going on here?’. Everyone was in the zone.

Niamh Briggs had an unbelievable conversion from the touch line. Paula Fitzpatrick and Grace Davit didn’t stop working. We just never stopped believing. It ended 17-14 and that was the first time New Zealand had been beaten in the Women’s Rugby World Cup. We blew the competition open.

We drew England in the semifinal, and it proved a bridge too far. We had injuries. We’d fix one thing and something else would go wrong. It just wasn’t happening for us on the day. But England were also in top form and just were not going to be beaten.

Four days later, the play-off was a cracker of a game. Heather O’Brien had just come back from injury and was fresh on the pitch and I called the lineout on her. I shouldn’t have done that. That’s one decision that haunts me.

If I hadn’t made that call, we would probably have a World Cup bronze medal.

As a leader you have to make these quick decisions. You also have to live with them.

Successful leaders recognise their strengths and their weaknesses. I was playing to be the best that I could be, the most successful I could be. In 11 years, I never missed a training session.

We expected high standards. We had a saying on the team, ‘the winning qualities of this team will be determined by the standards we set’. That wasn’t just on the pitch it was the standards set off the pitch too. How we conducted ourselves. We had to live by those standards.

People throw the word culture around easily nowadays. For us, our ‘culture’ was our standards.

For me, no one is greater than the team. In my role as a captain and as a leader, I relied hugely on the squad and management around me. I really valued our senior leadership group with the likes of Joy Neville and Lynne Cantwell. They’d been there through the highs and lows from 2003. If they felt any decision, I made was wrong, they’d come to me. I’d go to them for advice. It was an open communication, for the whole team. Everyone’s opinion was valid. For any successful leader, they need that cohort of people around them to help them.

I was always brutally honest. No matter what I said, it was only to make better players out of them. Elite athletes want feedback. They can handle it. They’re the best people in the world to take feedback. But it’s important to be able to enjoy the environment nd not become completely institutionalized. It’s the organic bond that’s created between teammates that’s so special.

You might not see a teammate for 20 years but whenever you meet them that connection is still there. It’s incomparable. That mutual respect for knowing what sacrifices and commitment you’ve shared is very special.

Whether that’s, Claire Molloy coming off a night shift and coming to training. Or Tania leaving her son at home to tog out. Everyone has their lives outside the sport but to come in and give it their all is powerful.

”Nothing will ever fill that void. I miss it terribly. I miss getting up at 5:30 in the morning for training, working all day and going training again. I miss having my weekends full of matches. I miss the craic and the intensity.

I still work with elite athletes through my role with Navy Blue sports management. I love the fact that I can bring my experience to bear on how our clients navigate the world of elite sport and the challenges it brings. I also really enjoy the punditry side and just staying involved on some level.

That said, you cannot replace running out in your Irish jersey and playing for your country. I hope that it’s become a realistic goal for girls in Ireland.

The girl’s section in Clontarf rugby club is unbelievable now. That wasn’t there in my day. While seeing the crowds improving in Donnybrook is brilliant, it means more to me that young girls now have more opportunities in sport from a young age and progress to whatever level they are happy with.

If me or the squad had any part to play in that then, I’m happy. 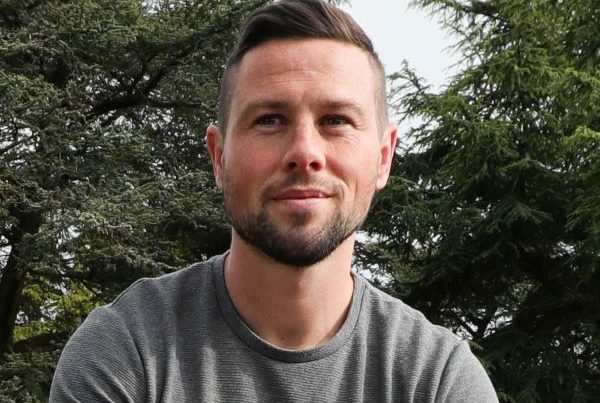