Leinster and Ireland rugby stalwart Devin Toner reflects on his introduction to the setup that he has made his own – from keeping goal in Meath to winning lineouts alongside Paul O’Connell.

I played Gaelic football growing up – as far as minor level.  Being from the parish of Moynalvey, Co. Meath, that wasn’t unusual.

What would have been considered unusual was the idea of an Ireland rugby international coming out of Moynalvey but that came later.

I can’t say for sure if it was due to my adaptability or my lack of ability, but they must have played me in every position on the field. I started off in goals because I had a big kick out. Then I was put out field, moved through the lines, full back, wing back, midfield and ended up as a full forward. “Fire in a high ball there!” Catch and shoot!  The Meath selectors clearly didn’t see a Donaghy but that was ok, thankfully there were selectors from another code looking my way.

I went to school down the road in Castleknock College. Rugby was the name of the game there and that’s where it really all started for me.

After my performance in the Leinster Schools Cup I got the call up to the Leinster Academy. Back in November 2006, aged 19, myself and Johnny Sexton came off the bench against the Border Reivers at Donnybrook (now Energia Park) to make our Leinster debut. 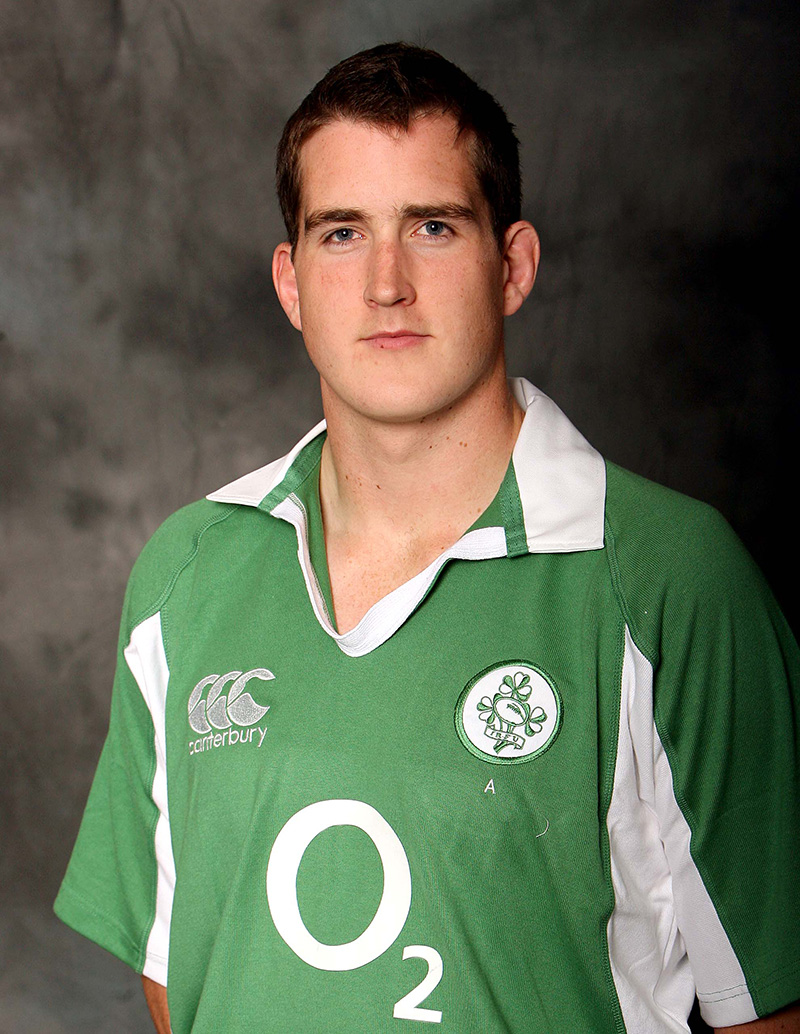 The following February, I got a call to report to Ireland camp in Killiney where I was told I was needed for line out training. At first I didn’t believe it. I was scared out of my mind going into camp. It wasn’t a full call up, but it was still an unbelievable experience. One day, I’m with the academy, the next I’m at line out training challenging Paul O’Connell – one of the best second rows in the world at the time. It was surreal.

I learned so much from Paul back then and later on as his teammate. The way he calls the line out, the way he prepares for performance. He was a massive influence. 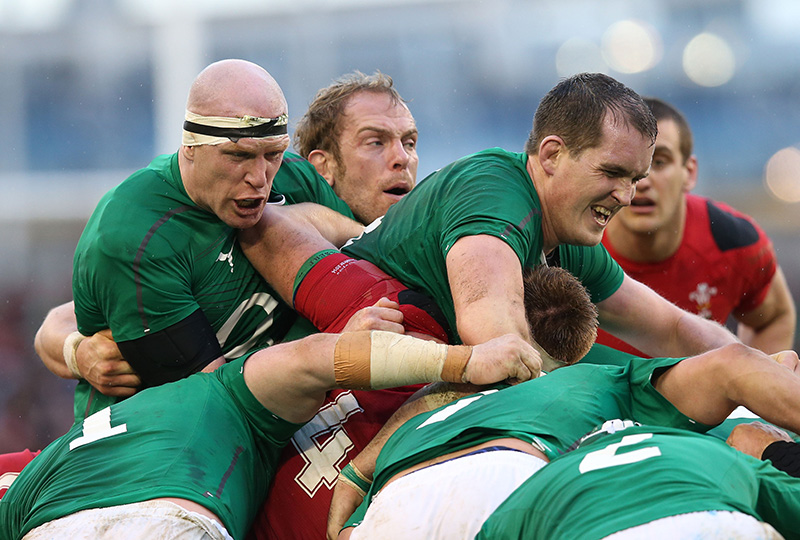 Once I got used to the idea of being there in camp, I saw it for what it was – an opportunity to learn by being around these guys who were world class.

That’s something about the second-row position in Ireland. We’ve never been short of world class players. If you look at it, Leo Cullen gave massive service in the Ireland jersey and probably deserved twice as many caps, but you had Paul and Donncha there around the same time. You also had Mal O’Kelly, Bob Casey and others.

If you’d said to me back then that I was going to win more than 60 caps in the green jersey and play over 230 times for Leinster, I simply wouldn’t have believed you.

Back at Leinster, Michael Cheika backed me as he did for so many others when he upped the ante in pursuit of trophies. I started to appear more regularly and felt like I was growing into myself as a player each season.

November 2010, the call came from Declan Kidney. It wasn’t for training this time. I was selected for the Guinness Series squad and on November 13th  I was named in the starting XV against Samoa for my test debut. It goes without saying, it was a massively proud day for me and my family.

It wasn’t all plain sailing; I got three caps in 2010 and then fell out of favour and didn’t get capped again for another three years.

”Some people, mainly in the media, were quick to write me off at that stage.

I was still in the early stages of my career and I’d search online for what people were saying about me. I probably read one too many bad ratings in the newspapers. It was useful as a motivator to get back to the top but at the same time, focusing on who was writing me off wasn’t healthy.

I had to focus on proving that I deserved my starting berth for Leinster and for Ireland.

Joe Schmidt changed things for me. There’s plenty been said and written about the impact Joe has had on Irish rugby and plenty more to come, but I would have to say, for me personally the biggest thing he did for me was instil confidence. When a coach is picking you week in week out, he’s endorsing your ability and he’s growing your belief and confidence. That’s massive. 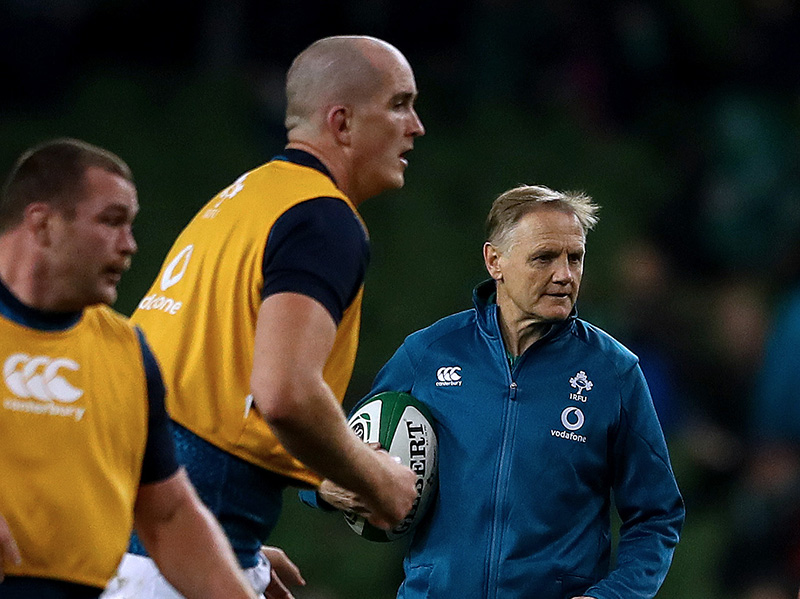 By the time he took over Ireland in 2013, I was ready to do a job for him and the team and I have been lucky to do that ever since. I hope to be able to keep doing a job for Ireland, we’ll see.

”In my view, Joe Schmidt is one of the best coaches the world has ever seen.

His impact has been phenomenal.

As Irish rugby players, we’re clear on what we stand for. That culture comes from the top down. There’s a humility about how we go about our business. It’s a privilege to get to do what we do and that’s not lost on us.

Being a professional rugby player isn’t a job you cannot like. I’ve always loved it. Of course, there’s pre-season and mauling sessions which are tough but there’s also the big games, the atmosphere, the fans, being part of the whole scene. What’s not to love about that?

For me, it’s been an evolution, growing up in public as a rugby player. When you’re younger you dwell on it too much – the losses, the mistakes, the bad player ratings. These days I’ve gotten better at switching off away from the game. I don’t search my name on the internet anymore, or even read the papers.

I’m sure some people are still writing me off, but its not where my focus is. Away from rugby it’s all about my family. I’m a husband and a dad and that takes all my focus outside of my sport.

When you’re back in the Leinster and Ireland fold you can switch back on and get stuck into the job in front of you. 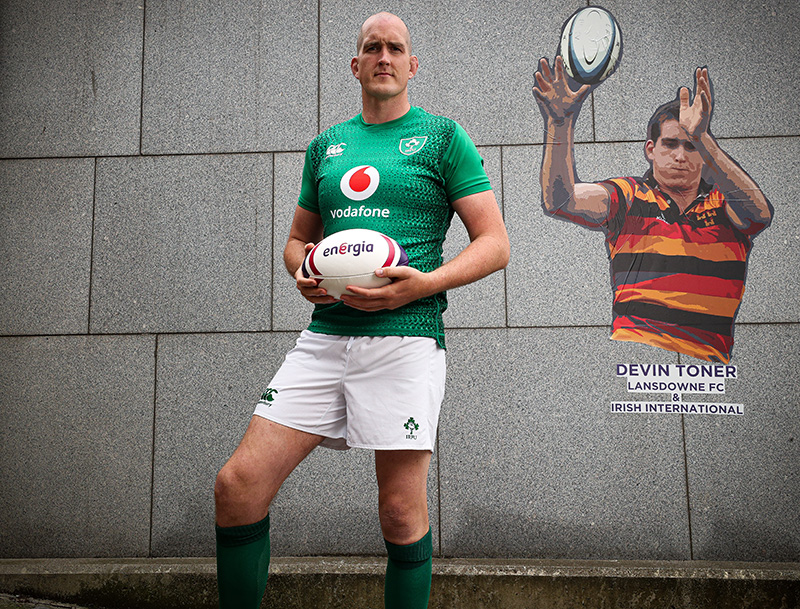 There will be plenty of time for reflecting on success when it’s all over. ‘So far so good’ is all I’ll say right now. I’ve been lucky to be part of some brilliant days for Ireland and Leinster.

A while back, my wife got a nice frame for my career medals so we could put them on the wall. Glad to report that the frame is too small now, so we’ll see what we need by the time I retire.

Devin Toner was speaking at the announcement of Energia, one of Ireland’s leading energy suppliers, as official partner with the Irish Rugby Football Union (IRFU). This three-year partnership will see Energia become Official Energy Partner to Irish Rugby and title sponsor of both the Men’s and Women’s All Ireland League (AIL) competitions. 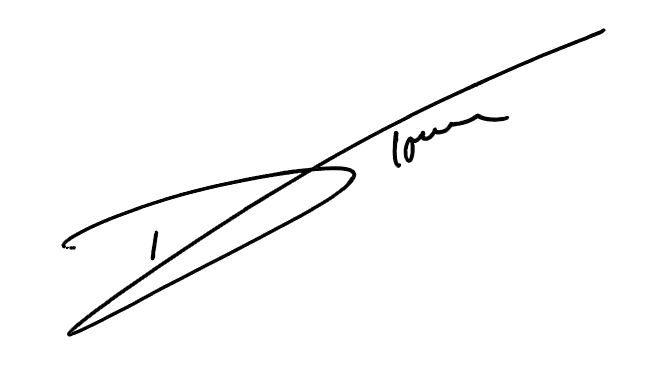