“Wexford are capable of winning an All-Ireland in 2018”

What I am doing is hardly ground-breaking. There are plenty of hurlers and footballers putting everything else in their lives on hold to ensure they hit peak form come championship.

The GAA has been this way since before I was born. Sponsors, companies, universities, schools and family members facilitate players to perform like professional athletes.

”Misinterpreted: I am not a professional hurler.

Nor am I a barber anymore. In fact, I don’t have a normal day job but I also don’t have a mortgage or loans that other people may accrue. My financial requirements are reasonably small and subsidised by brand endorsements. That does not make me professional.

My recovery and rest periods are as professional as an amateur’s can be. I believe Davy Fitzgerald has the Wexford hurlers operating on a level comparable to any GAA team in Ireland but actual professionalism is just not possible.

The extra training I can do, due to the time I have created for myself, helps my hurling but the idea of what I’ve become got misinterpreted between the media lines.

Maybe this will clear that up. 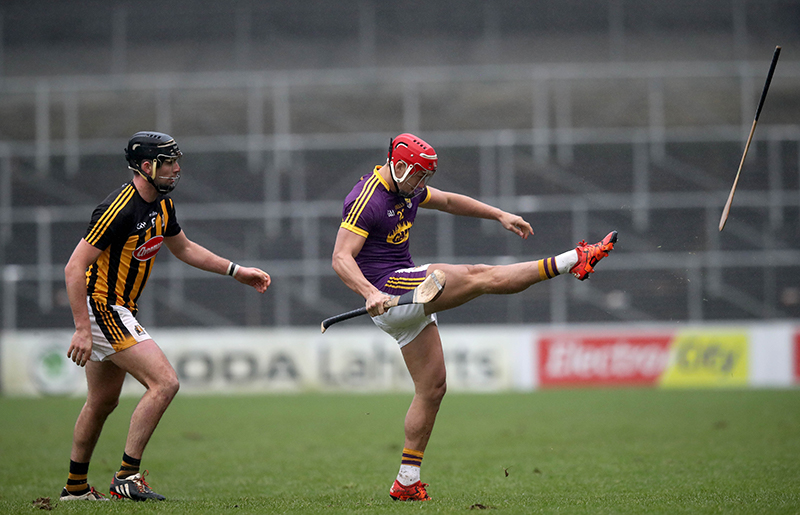 I live my life as professionally as an inter-county hurler can in 2018 but the GAA’s first professional athlete is not something I am looking to become.

”That conversation can happen without me. I'm here to hurl. That's where my focus lies. That's all I’m about.

Davy supports my choices as I’m happier off the field so that means I perform to a higher standard on it. The Wexford management cares about our mental health because it feeds into what we are trying to achieve.

I do look at Irish soccer and rugby players for inspiration. A few years ago Liam Dunne had Stephen Hunt in to speak to the panel. How a footballer in England allocates time to rest in between daily sessions really impressed me. A club can have specific training in the morning, afternoon and evening. I can do likewise but not under the supervision of our manager, fitness coach, nutritionists or alongside my teammates, many of whom have to work or study or both.

Wexford train of a Tuesday and Friday night – 90 minutes of precise hurling and conditioning. Three hours a week and occasional challenge matches. A professional can spend four hours every day improving his/her game. A soccer squad are constantly working on their shape to be ready for specific scenarios in games.

”GAA teams have many similarities to pro sport, and we get looked after, but there are obvious disadvantages.

Like the financial element. Hurling is an amateur code so we do not get paid to play.

The rugby lads in Ireland operate in a different world. I’d be envious about how deep they can dig into their craft. By being centrally contracted to the IRFU, they can buy their family home and invest in their future while totally focusing on being the best they can be. Granted, many of them also study and there is the stress of securing the best deal.

We in the GAA cannot exist solely to prepare and play. However, if you consistently perform to a high standard there are perks. You become an influence in society. At 19 I was on The Late Late Show talking about the  racial abuse I received on Irish pitches – after reading the letters sent to me by mothers of mixed race kids, I realised I am role model.

Brand endorsements have come my way. I take these sponsors very seriously. Among other companies, I work with Fulfil Nutrition, O’Neill’s Sportswear and the isotonic drink iPro Sport. They are all funky products, and I love wearing leisure clothing, but each campaign has been relatable to me.

”People have suggested that I’m down in Wexford living off welfare. Sorry, not true. I do not avail of social welfare.

I drive to Dublin two, three times a week for promotional activity. It’s not just a case of show up and look pretty. I enjoy it but the demands are real while I’ve to be very careful to ensure it never impacts on my ability to prepare for games.

That would defeat the whole purpose of my current existence.

I value the status we have in our communities but we make sacrifices that can leave us struggling to have a successful post playing career in whatever we do next. That’s a choice. Our way is tough and hugely demanding but the amateur ethos of the GAA remains strong within the inter-county set-up. I still believe in it.

”I get to the gym more than players who are building a business or, say, a career in finance.

I can control more elements that make me a better hurler – extra sessions, proper recovery – which is an advantage and a healthy way of living but by no means is it comparable to paid professionals. I am 25 now and having tried to balance work with several sports – even semi-professional soccer for Wexford Youths – the past few years have been all about hurling. Not as a professional. Again, there’s a significant difference which is clear in my mind.

Maybe that clears this up. 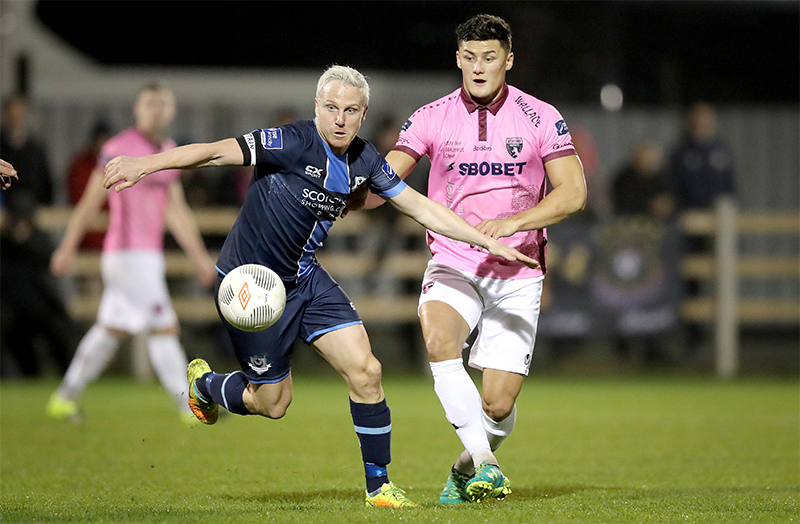 I loved the game from the first moment I picked up a hurl. But serious soccer came first. I almost neglected hurling when temporarily taken in by the dream of playing Premier League. Hurling was always pulling at me though, and eventually I couldn’t deny it. Sounds like some sordid affair that turns into marriage but that’s what happened!

Going to England was a realistic goal – there were scouts directing me towards a Dublin club to get noticed – but the hurl and sliotar at the end of the bed stopped that from happening; the essential hours needed to make it as a soccer player were used up doing what I love most.

I used to play Gaelic Games and soccer with the same mindset: you’d be hurling well for the club and could channel that into soccer or vice versa but it also went against me sometimes. I became too whiny for hurling referees and lacked the necessary aggression after teaching myself not to cut through some poor fella while playing soccer (because the booking was guaranteed).

”So I became too rough for soccer, too soft for hurling!

As soon as I narrowed my focus to pure hurling my touch improved dramatically. Nowadays I’m just striving to be the best version of me. I want to finish hurling, many years from now, knowing I contributed to Wexford winning X All-Irelands.

The next step is tangible success. It might sound ludicrous to people not keeping a close eye on Wexford hurling (and to some who are) but we don’t just want to win the All-Ireland some day, we believe it is within our reach in 2018.

Don’t misinterpret that either.

Yes, we know the holy grail has been missing since 1996. I was three years old when Liam MacCarthy last journeyed down the M11 but I remember the residue of that achievement. Wexford hurling people have to keep hold of those memories, and rightly so. We, the players, have to go give them something new to fill up with pride. 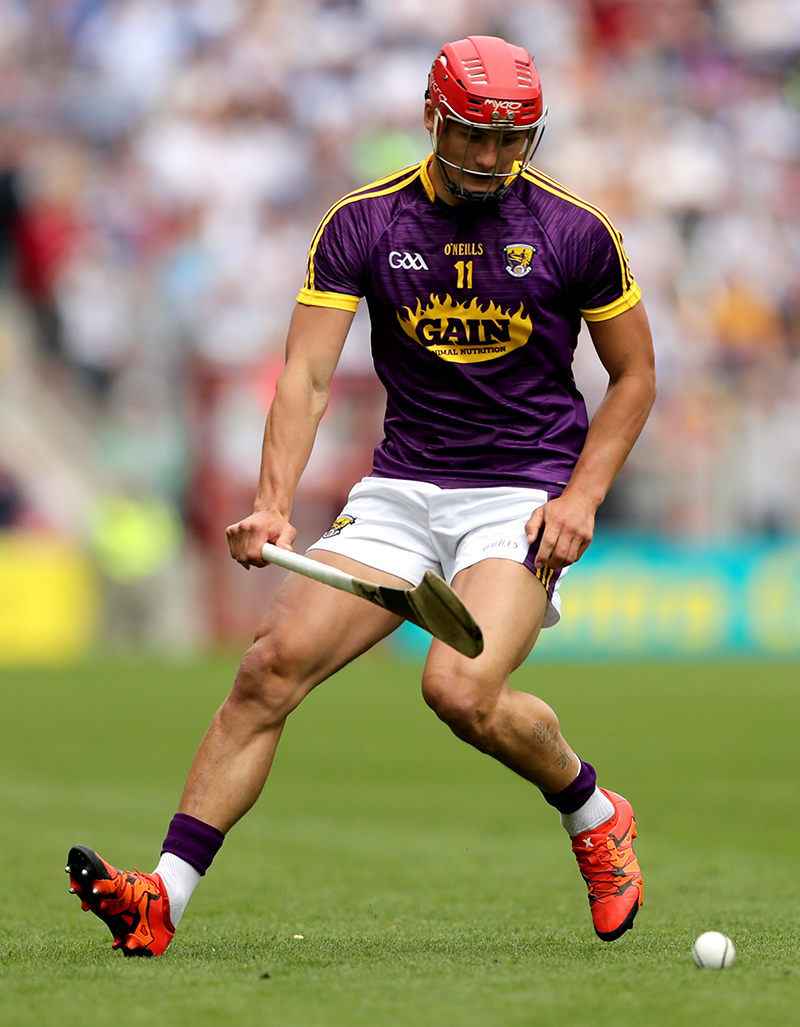 We are a young crop of hurlers being coached in a style that makes us capable of winning every time we take the field. Davy knows how to guide a county to an All-Ireland title having done it as a player and manager.

In my first season on the panel a sports psychologist sat each of us down. The last question caught me: ‘Lee, do you believe Wexford will win the All-Ireland this year?’

It was 2012. We weren’t at the level of Kilkenny, Galway, Tipperary.

‘No,’ I responded honestly.

Walking out of the room I wondered if I should have lied. It was already my ultimate goal and I was willing to push myself to achieve it, but I was being realistic. We weren’t ready.

I used to hope we would do it. Recently I started asking new questions: Why not this year? Why can’t our time be now?

”I turned that into my motivation because hope doesn't win the All-Ireland. It will happen when we deserve it and not a second before.

Right now, we lack consistency. Big win followed by bad day: last year in the national league quarter-final we beat Kilkenny only to lose by ten points to Tipp in the semi-final. Leinster championship we beat Kilkenny again, lost to Galway in the final. This year knock Galway out in the quarter final, lost to Kilkenny in the semi.

That pattern is woven by attitude. Nothing to do with Davy’s management team. To go to the next level we, the core of players, need to sort this out. We need to identify tiny flaws immediately after the big win or look at how we train before the poor performance. It probably just needs a few of us to fight harder when the hurling doesn’t flow like it did the previous weekend.

This drives me, that’s why I am not trying to balance hurling and studies with eight hours cutting hair, it’s why I’ve put my longer term plans on hold.

These are the only years I get to do this. Hurling for Wexford should always have the one stated aim. With the talent that has risen up, if the sports psychologist asked me the same question I’d say: ‘I do believe we are capable of winning an All-Ireland.’