You Question Your Sanity

Nobody ever enjoyed management in GAA as much as I have. It’s been a huge part of my life.

Back in 2009, I was on holidays in Spain and I got a call from Bryan Phelan. He asked me if I’d like to come and manage De La Salle. At the time they had a very formidable side with the likes of John Mullane, Kevin Moran, Bryan and others. I had been managing Mullinahone in Tipperary and was happy out there but, being anxious to get back to Waterford, I took Bryan up on his offer.

For every club, there comes an era.

De La Salle had put a lot of work into the underage structures, and those young players were starting to come through.

It was their time. 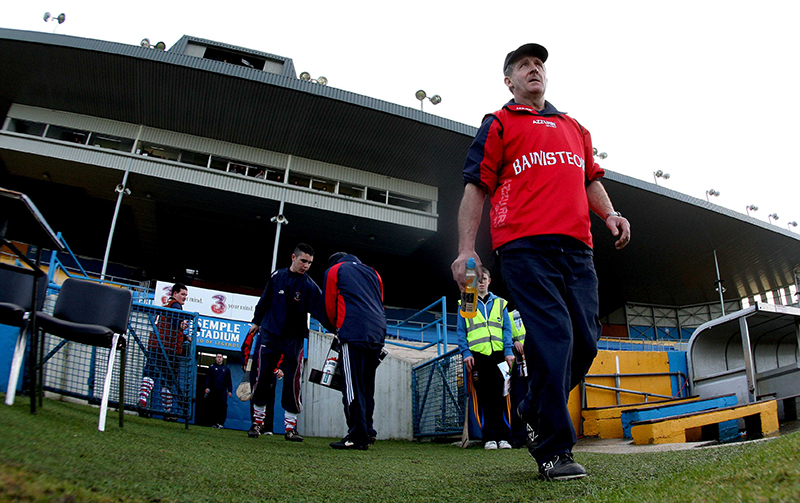 When I came on the scene in 2010, we’d a strong panel. Experienced inter-county lads with great young players coming through, the likes of Jake Dillon and Eoin Madigan. They worked hard. We had competition for places. Everybody wanted to drive the team forward. There was a great pride in the club.

We dominated the county championship that year, beating Ballygunner by 11 points in the final. The Munster campaign was hard-fought, but we showed great character, great resilience to come through and beat Sarsfields of Cork in extra time in the Munster semi-final.

We met a star-studded Thurles Sarsfields side in the final who had four or five of the Tipperary panel, but we came through by a point.

We got back training after Christmas. It was hard to get lads focused again, but I remember the first training session. Things weren’t going that well and two fellas ended up having a really good row. We made a bit of a ring around them and let them hammer it out. After that we had the best training session we ever had. It seemed to release all the tension and get every fella up and focused again.

We prepared well over the next four weeks and were quietly confident coming into the All-Ireland semi-final at Semple Stadium. 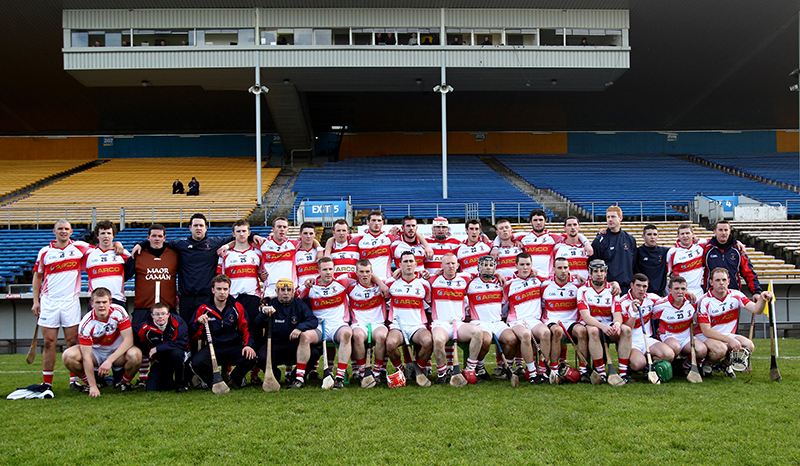 It was a unique day. You never forget days like that. The sun was beaming down.

People seemed to think we’d a great chance of winning because Portumna weren’t there, but Clarinbridge had won that Galway Championship. They were a formidable outfit.

”Everything was set up for a cracker.

I remember every aspect of that game. Right from the off, it took on a life of its own. It just ebbed and flowed. They had a good spell, we had a good spell, and by half time we had got ourselves into a good position. We felt the game was there to be won.

They grabbed the initiative in the second half. We made some changes and got back in front by three points. Then Clarinbridge’s Mark Kerins stepped up and levelled the game with a goal from a 21-yard-free followed by a point from Alan Kerins and all of a sudden, we’re a point behind.

With time almost up we got a long-range free and fair play to Bryan “The Bull” Phelan, he levelled with a point from the halfway line to send the game to extra time.

You see, we were happy with the way we were playing right around the pitch. Our attitude was good. We were getting in the hooks and the blocks and the tackles.

We’d been in this situation before. We were very fit. John Mullane was on fire that day, he scored 11 points. Kevin Moran was outstanding at centre back. Everyone was hurling well. We really felt like we had a great chance.

But as Christy Ring said, “you’d need to be back at home before you can consider the game won.”

Then in extra time, we got ourselves into a winning position. We were two points up.

”I’ll never forget the last 90 seconds of that game. It’s etched in my memory.

The ball came in from a side-line ball. John Mullane got it just outside our 14-yard line.

He cleared it down the line.

The ball was played back in again.

Bryan Phelan got it and cleared it left-handed as he was about to be hooked.

A Clarinbridge defender got it right in front of the Ard Comhairle in Semple Stadium. He lobbed it back in. The ball hung in the air. It seemed to take a long time to come in. It was a bit like watching JFK getting shot. It was played over and over.

It came to Alan Kerins. He took a shot. The ball was deflected up in the air.

Eanna Murphy, the Clarinbridge midfielder had stolen in behind our defense and batted it into the back of the net. 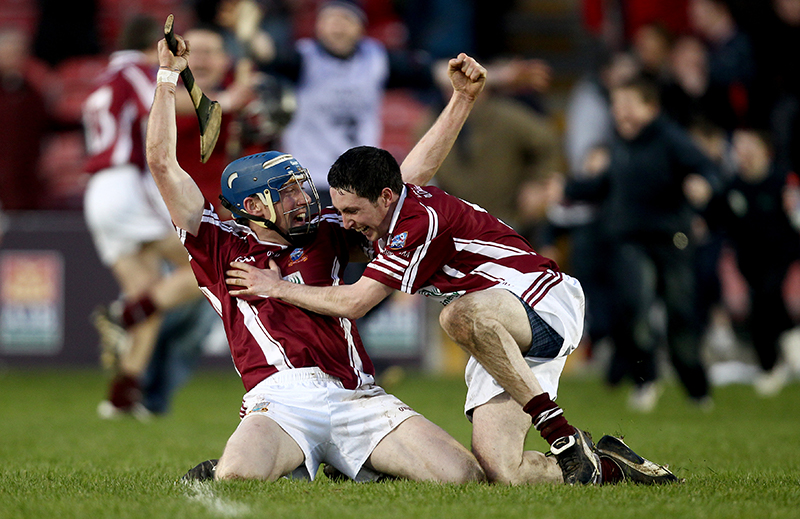 I remember walking off the pitch and a steward at Semple Stadium saying, “that was some game of hurling, they’ll be watching that back for years” but that was no consolation for me.

Our fellas had played really well. I couldn’t speak highly enough of them. We had given it our best shot. The referee had a decent game. We couldn’t blame anybody. It just wasn’t to be. 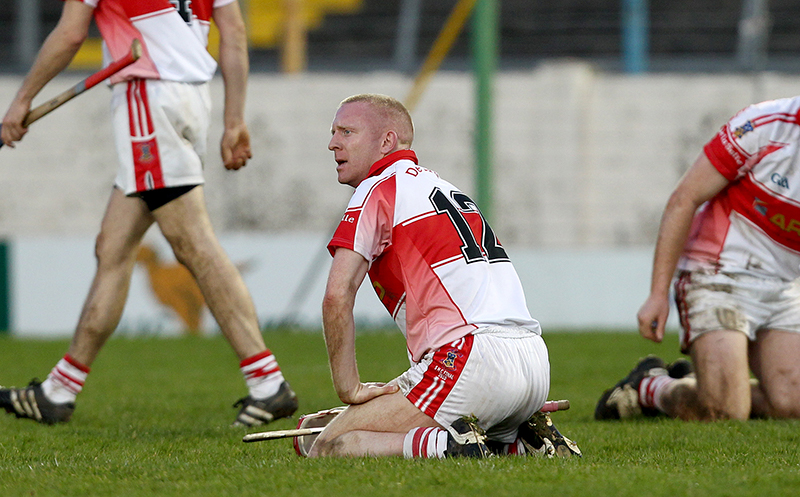 ”You wake up the next day and you hope it was all a bad dream, that it wasn’t true.

I got into my car and went for a long spin. I drove down to Wexford Park to see Waterford play a National League game. I sat there watching the game. I was really really down.

Then my phone rang. I saw this number come up that I didn’t recognise. It was the Clarinbridge manager, Micheál Donoghue.

He took the time to look up my number and rang me just as a consolation because in the aftermath of the game, we never got the chance to speak. I’ll never forget that gesture. It meant a lot that he took the time to make that call.

At the end of the day, we’d lost a really good game of hurling. There were 53 scores. Both teams gave 110% percent. There wasn’t a dirty blow. It was a fantastic spectacle, and I’ve met people since who said it was the best game of hurling they ever saw.

Teams from 10 different counties have won the AlB All-Ireland Club Hurling Championship – no Waterford team has won it yet.

I have no doubt, if we’d have come out of that game alive, we’d have won the All-Ireland. We came so close. Almost got the Holy Grail only for it to be snatched away at the last minute.

You question your sanity on days like that. You feel the pain of losing. It’s like the death of a relative. It cuts you up for days. Such acute disappointment.

You see, the prize is so great. So many amateur players, mentors, and backroom staff and it’s not just about them. This is also about the people selling the lotto tickets to fund the club, the supporters who pay the money to see the matches. It’s about the people who have worked so hard to bring the club to the top of the ladder.

You feel for everybody… As the great Bill Shankly said, “It’s not a matter of life and death, it’s much more important than that.”

But you get back on the horse, and you go again. There are always good days ahead.

If you enjoyed Michael’s article, you might like to read John Mullane’s “I’ll Take That Game To My Grave“.