Star of Bellator MMA, Leah McCourt talks about her roller coaster journey to becoming part of the fight life, how her belief and faith in God helps her to overcome and who she’s fighting for.

It’s not like I grew up with a dream of becoming a professional MMA fighter.  But I always loved competition and winning.

My dad had three daughters. He’s a big man, six foot six. He always wanted his daughters to know how to protect themselves, so he used to make us go to judo every single Thursday. I hated it.

My passion was horses.  I loved horse-riding.  From about the age of 11 I quit judo and all my spare time was spent riding ponies and horses, competing around Northern Ireland and at places like Balmoral and the Dublin Horseshow.

We didn’t have much money growing up. We had enough of everything, we just were not very well off. Horse-riding is a money sport. The more money you have for the better horses, the more you win. My only option was to pick these mental ponies and try to get the best out of them. But I loved that too, it was just another challenge to overcome.  Most of all I loved being around animals.

Back then, I couldn’t see myself doing anything else but for a twist of fate.

When I was a teenager, I developed an allergy towards horses. Anytime I went near my ponies my face came up in lumps. It started to affect my breathing. My asthma got so bad I had to walk away from horse-riding. I could not even be next or near a horse because of the health risk.

That broke my heart. It was one of the hardest things I’ve had to do in my life. 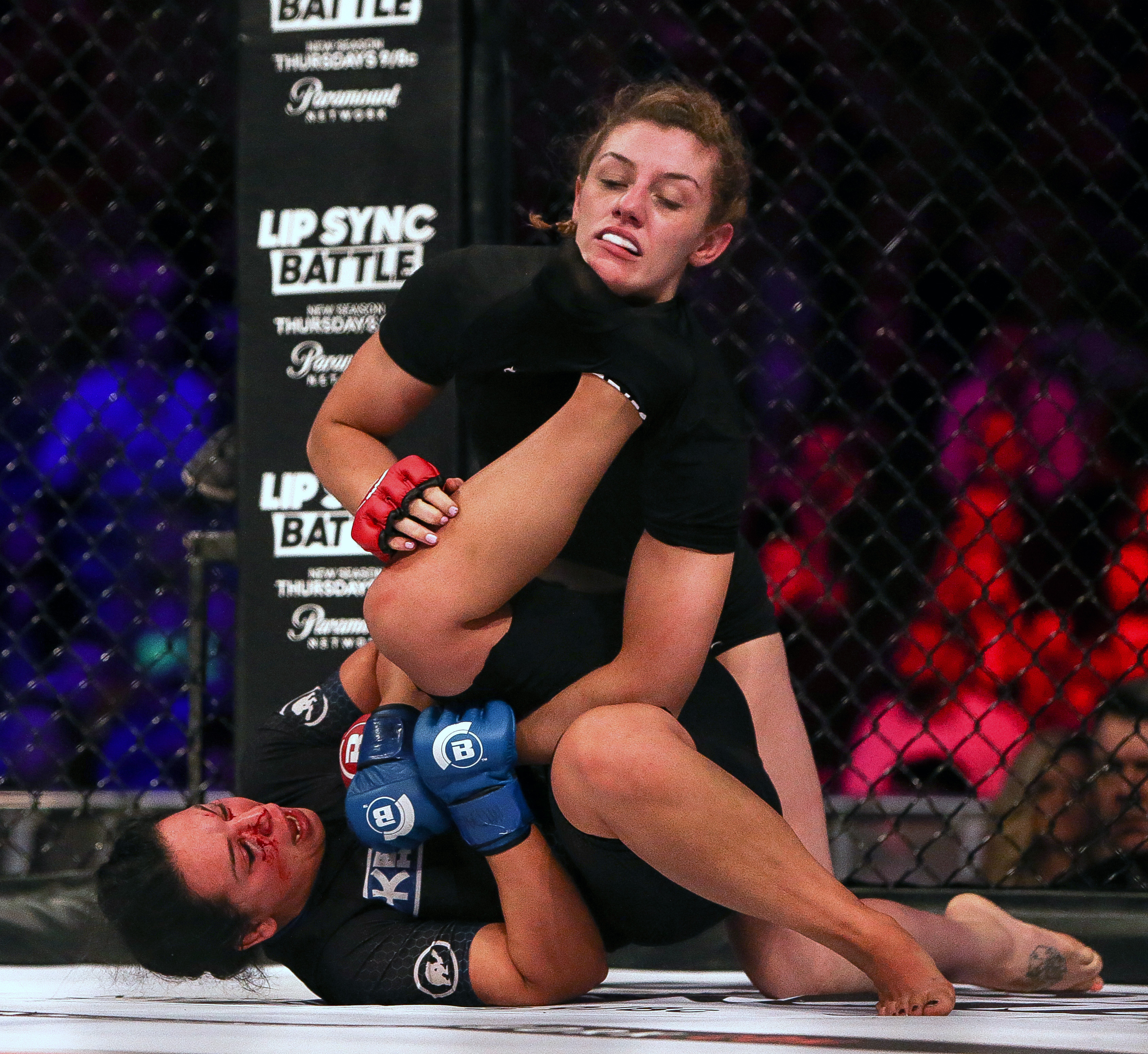 ”I was still in school. Before I could decide what to do next with my life, I got pregnant aged 17.

People often say, “you got pregnant at 17 that must have been so traumatic for you?” It wasn’t really like that though. I had amazing support from my family, especially my mum, and apparently, I was the most chilled pregnant person ever. I had no other option but to get on with it. Of course, it was an emotional challenge – I thought I’d never see the world or get to do nice things, while my friends were away travelling but my story was far from over.

My daughter, Isabella arrived. If God dropped the perfect child from heaven, it would be Isabella. Anyone that meets her falls in love with her. She’s got this spirit and is so warm and funny. She’s amazing. Whenever I am training, I’m never short of offers from my family to mind her because they just want to be around her. My grandparents, her great grandparents along with my mum have minded her while I worked full time and still to this day help me so much.  Isabella spending time with so many great people is the reason she is who she is.

She’s an amazing inspiration for me. I don’t want her to struggle like I did. I want her to have the best of everything. That’s why I fight.

Just after Isabella was born, I was focused on getting fit and that’s how my fight career began.

Leah and Isabella on a trip to Laguna Beach, California. © Leah McCourt

As a child, I’d always been fascinated by the fight life, going to see the boxing with my Grandad, watching Bruce Lee movies. I was so attracted to the prestige and charisma of these fighters – it felt like it was part of me. My grandparents are so proud of me, they’re in their 80s now and its funny listening to them describe MMA to their friends.

With the encouragement from one of my best friends and mentors, Ian Young, I found a local gym that taught Muay Thai and started learning how to punch and kick, doing pad work two nights a week.

About six months into training and sparing, with my background in judo and jujitsu, my first MMA coach Pol Murray and some of the guys at the gym were encouraging me to take an MMA fight. Ronda Rousey was emerging as a star of the fight scene and with it the profile of women’s MMA rose up with her, so it suddenly became an option for me.

So, there I was in 2014, in my first MMA fight in the Ulster Hall in Belfast. The first female from Northern Ireland to take a fight in that famous venue.

I hadn’t much life experience at that point, I hadn’t traveled. I’d gone from riding horses to being a mum to Isabella, fighting in my spare time and working full time. But the training and fighting gave me a sense of purpose.  It was almost like I needed to be broke and just getting by. I was going through a lot of other things outside the cage at the time too that I had to overcome.

”When I turned pro, I lost my debut. Looking back, I was like a zombie. Mentally, I was broken at the time for different reasons.

Despite that setback and turmoil, it all felt part of a greater plan. There was a drive inside me.

That drive helped me to keep training and wanting to succeed.  To be the best I can be.

Looking back, losing that first pro fight was probably the best thing that could have happened to me at that turbulent time in my life and I can see how God was redirecting my path.

I moved to train under Owen Roddy at SBG Charlestown. It was a big change but I knew it was what I needed. I won my next fight at Cage Warriors Belgium against a former IMMAF world champion, cutting to bantamweight. It was a tough fight and a big comeback for me.

Shortly after that fight I cut ties with Cage Warriors and the very same day Bellator called and offered me a contract. I remember thinking, “is this really happening?” You couldn’t script this. My nickname might be “The Curse” but I know I’m blessed beyond belief.

I signed with Bellator and my journey took a whole new twist. For the better so far. I’m up and down to Dublin training and back chasing my destiny.

It brought me here to the brink of another fight at the 3 Arena on 27th September. Another chance to show my skill and prove what I am capable of. 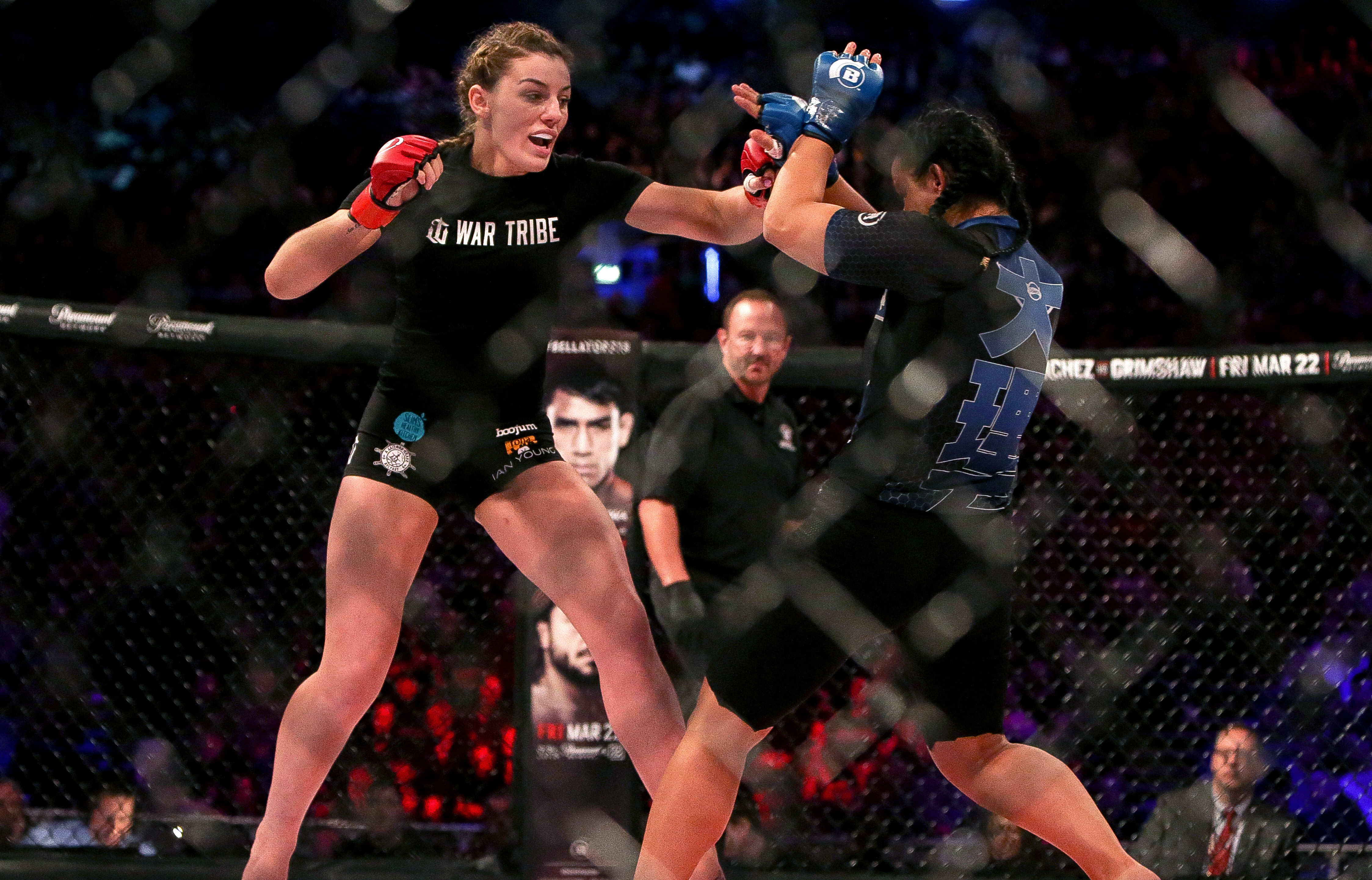 Medals and championships come and go, but I need to remain a good person who works hard to overcome all challenges and obstacles.

My greatest fear in life is not fulfilling my potential of who I can be as a person and as an athlete.

I won’t ever look back and make excuses. I will always do everything I can to be who I want to be. It means I am hard on myself. But it’s part of my purpose.

I grew up a Christian. I get so much from my faith. I go to church and I don’t want to leave. I get so much peace from going there. It’s hard to explain but I just feel recharged by my belief in God and his teachings. I get perspective.

Most battles and the biggest battles are in your head, not in flesh and blood and physical confrontation.

”That’s why fighting for me becomes a spiritual thing. It brings me closer to God.

Before I walk out for a fight my senses are so heightened, you’re full of adrenalin and the fear of not performing to the level you know you can.

All I think about is winning. I want to win for the people in my life who have massive belief in me.

My parents and grandparents are my biggest supporters. I have a very special friend called Una Quinn who’s like my fairy godmother. We talk all the time, on the way to training, on the way home. When I am driving late at night from Dublin to Belfast she stays up and talks to me on the phone and I’m on hands-free to make sure I get home OK and don’t fall asleep.  She’s one in a million. Another two very close friends – Molly McCann, she gets it all, she’s a fighter too, and Emma Zac – they keep me sane in my crazy life. They’ve been through everything with me in my career and my life outside the cage. There’s my whole training team.

I want to win for all those people. I want to make them proud.

There’s also been people who worked against me. People who stood in my way, hurt me and tried to put me down. They know who they are.  They motivate me to put myself in a position to say, “Watch me now!”

Molly gave me the nickname ‘The Curse’ because when I started my last fight camp my car blew up on the M50 into Dublin. The following week I was hospitalised with a cyst in my stomach. Then my courtesy car broke down. Then I tore my rotator cuff in training, three weeks before my last Bellator Dublin fight. I was taping my arm to my chest and hitting pads with my free arm. Oxygen chamber. Sweat suit runs. It was the most mental fight camp – no sparring, no rolling.

In the end, I won the fight. I could have competed better, but I won all the same. Cursed and blessed.

The last ten years have shaped and changed me so much as a person. You just have to trust God. Pray… And when it gets tough, suck it up and get on with it.

When I fight in the 3 Arena in September, I want to put on a performance that I’m proud of and show my skill level.

I love fighting in Dublin. I love the crowd – they’re the best in the world. The atmosphere at Bellator Dublin is better than anywhere else. That’s why every fighter on the Bellator roster wants to be on the card in Dublin.

For me and Isabella, the dream is just to be happy. To always have each other and to always overcome.

Sign up to The Sports Chronicle here to be in with a chance of winning a pair of tickets to watch Leah McCourt in action alongside the likes of James Gallagher, Cal Ellenor, Michael “Venom” Page and Richard Kiely, at Bellator Dublin, Friday September 27th.

Tickets to watch Leah McCourt in action at Bellator Dublin are on sale now via Ticketmaster.ie and Bellator.com, as well as the 3Arena box office.