Sports broadcaster David McIntyre takes you through his career journey, from working as an unpaid intern to commentating on some of sports biggest fixtures.

I chose to chase my dream job. I’m happy to say I’ve still to wake up from that dream.

It’s a rare few who are privileged enough to do something they truly love for a living. It’s easier to stay in the comfort zone, a steady secure job, a decent paycheck. I had that, but I walked away from it. I took a leap in the opposite direction.

My name is David McIntyre and I am a sports commentator.

I started off my career in the banking sector. I always enjoyed my job, but I knew I was built for something else. Something that I really engaged with. Something where my passion could shine through. I did not want to compromise on this.

I have always been sports obsessed and aspired to become a sports broadcaster. I knew I couldn’t just stroll into a full-time gig and land a great salary as a sports commentator. There was going to be graft required and it was going to be tough.

I decided that if I was going to make a change, I would need the right training. Soon after making this decision, I enrolled at Griffith College to study media and journalism. Doing so allowed me to maintain my full-time job in banking while also studying three nights a week. As you can imagine, my life quickly became quite hectic. However, I knew I was edging closer to my end goal, albeit unsure as to where or when I would reach my destination.

I knew I needed to build my connections within the industry, which led to my second leap into the unknown. I visited the Newstalk offices one morning and met with the then sports editor, Jerry O’ Sullivan. I offered to work  weekends for free. This was 2006. Perhaps Jerry thought, “Why not? He seems reasonably normal, so why don’t we give him an opportunity to make the coffee?”. I was in. Humble beginnings, but it was a start, although I did not know it yet. I continued to work weekends and soaked up every morsel of information that I could. I stayed late, worked hard and bided my time before another opportunity presented itself. 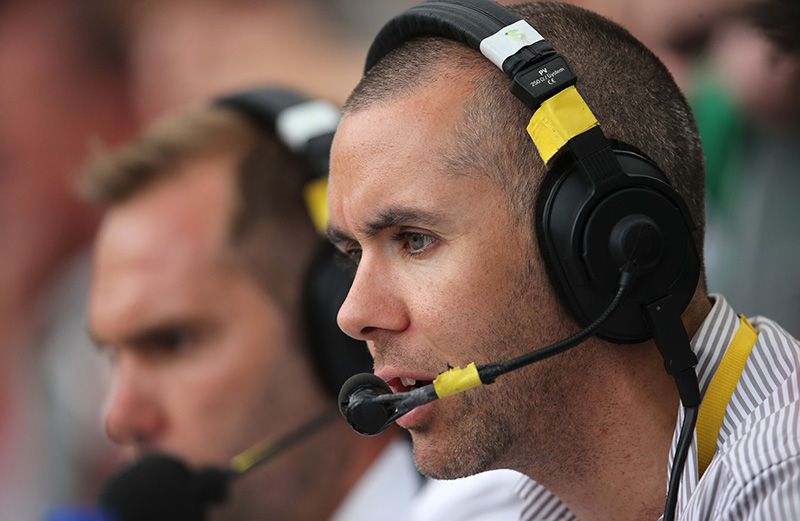 After six months of volunteering at Newstalk, I was offered my first full-time job as a sports broadcaster. A dream come true, right? Well, almost. The posting was in Waterford with Beat 102-103. At this stage in my life, myself and my girlfriend at the time and now wife Nikki had just purchased a house in Dublin. I would be taking a massive pay cut and venturing into the unknown. It all boiled down to a conversation with my sister in which she said “You can say no, but never ever mention again to any of us that you think you could be a sports broadcaster. We will have no truck for what you say from now on if you say no to this.”

That’s when I knew it was a matter of “now or never”. I decided to take the most significant step of my career and take the job. The next eighteen months would be some of the hardest but enjoyable months of my life and ultimately, the most important. I met great people. I worked as hard as I could. Amidst all the hardships of taking a pay cut and paying a mortgage, I knew it was worth it. The key is to identify what it is you want to do and be relentless in your pursuit of it.

After eighteen months in Waterford, Newstalk offered me the opportunity to return to Dublin on a full-time basis as a broadcast journalist, where I began by covering sport on the breakfast show, and reading bulletins.

While I did enjoy radio, I also had aspirations to venture into television sports commentary. Shortly after returning to Dublin, I sought out the best lead I had available. One of my lecturers at Griffith College, Tim Tuomey, also happened to be the head of Setanta Sports. I approached him with a rather blunt offer of my services, “At some stage over the next six months one of your commentators may have an accident, a wife may go into labour, or someone may get run over by a car. For some unforeseen reason, he simply won’t be able to turn up for a game at short notice. Here’s my number, I’ve absolutely no experience.” My boldness paid off and this conversation soon led to me working on games for Setanta Sports throughout 2009 and 2010. 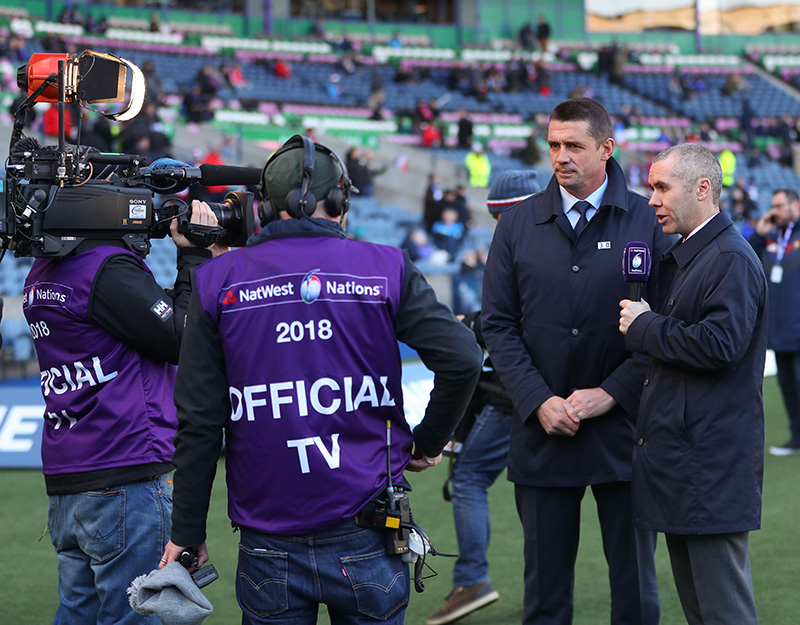 This was quickly followed by the opportunity to cover the Premier League and Heineken Cup on Off The Ball, and ultimately led to my current roles with Virgin Media and the Sky Sports’ GAA team.

I still get a buzz from walking through the gates of a stadium, knowing I have a job of work to do and it’s a job I love. Arriving in the host city the night before a big game is particularly special, being able to soak up the atmosphere on the eve of an important match is all part of the experience. Opting for Heineken 0.0 allows me to stay fresh for all that lies in store the following day.

It is a tough job at times but knowing what I’ve been through to get here makes it all worthwhile. Yes, the hours can be long, there can be a lot of travelling and time spent away from my family. Would I compromise? Would I change it? Not in a million years.

If you enjoyed David’s article, you might like to read Evanne Ni Chuilinn’s “You Never Really Know“