A Culture Can Change

I’ve got to a stage in life where I’m not too worried what people think about me.

If it wasn’t for sport, both my business and playing for Dublin, I could have gone down the road of crime or drug addiction. Some of my childhood friends are in Mountjoy prison and others died from heroin overdoses.

So, my life without sport, would have been very different.

Told this story a few times now. I grew up in Ballymun. Kicked the ball off the flats so I could keep an eye on me brother John.

That’s how I came to playing football. We grew up in the four-storey flats. “We” means me and Davey Byrne, a good friend who I played with all the way up, even for Dublin.

The plan was always to kick the ball over the four storeys. Then we’d head over to the towers, which were 14 storeys high, to really see how high we could kick it. There were windows either side of the lift shaft, sometimes the ball would go into someone’s kitchen.

The odd time it wouldn’t reappear but mostly they knew it was us young lads and throw it back. Mostly, we didn’t need somebody to kick the ball back. The flats would do that.

Paddy got into coaching and quickly realised the crazy energy of kids from Ballymun could be channelled positively through sport. He adapted the natural aggression I carried around into my game, made it part of my style of playing.

Paddy, along with other coaches and my parents, instilled certain values in me from a very young age that have helped me become the man I am today.

Ballymun falls under the bracket of lower to middle class families. Next door Glasnevin was middle class, and to some extent upper class, but from a very young age, be it my low self esteem coming from the environment and values I had developed due to the people I surrounded myself with, these kids over the wall seemed to have more than we did – money, a house – whatever it was, they had it and we didn’t.

At Ballymun Kickhams GAA club all of us were just players. It gave me an understanding of social class in that the Glasnevin lads were seeking to develop their education whereas Ballymun boys weren’t saying much about Leaving Cert points or going on to University.

We just wanted the exams to be over. Two different ways of thinking rubbed off on each other in the club. 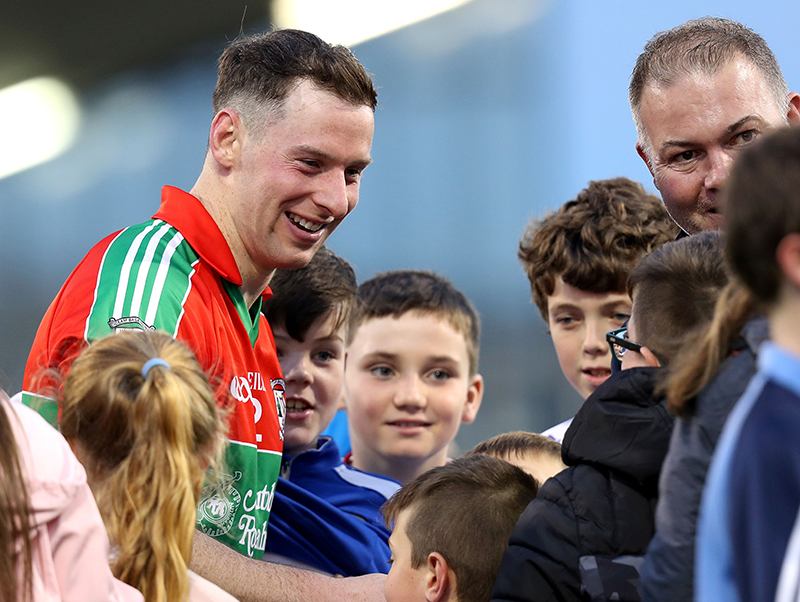 I eventually went to college. Had to repeat the Leaving Cert while paying off a car loan on an Audi A4 that I bought up the north. Typical Ballymun lad; thought I was cool driving a car around without a penny in my pocket.

To combat these financial struggles, I set up a gym. There was money coming in, the company was up and running, so I didn’t need a college degree in Educational Training at DCU but I knew it would inspire others in the community. Those three years also brushed away the chip on my shoulder.

Funnily enough, it’s helped me to this day as I went about developing a course for prisoners in Mountjoy.

I go into the prison a couple of days a week. It started with Eddie Mullins, Mountjoy’s standing governor, approaching me on the pitch after a match to see if I’d give a talk. I accepted because here was the head of a jail thinking outside the box.

“We could have five or ten people in front of you,” said Eddie. “They get out of their cells at this time but we do not know who’ll show up.”

When it comes to public speaking, I’ve developed a few tricks to survive when I’m up there. Know your topic, obviously, and pacing is important. But prepare your script.

I walked into the prison church and it was packed. Good start. I had planned to tell them about my life but changed course because five of the lads central to the story were sitting in front of me!

So I just explained why I came in to talk to them. The reaction was great.

Eddie asked if I’d do training sessions once a week for 15 weeks. Again, I accepted but only if I felt it was making an impact on their lives.

After a couple of sessions I went back to him explaining there was something really powerful happening in the group and a real opportunity had presented itself. There were a lot of prisoners doing really good cultural work inside the prison.

Personally I think everyone should see what it’s all about. The punishment for a crime is your liberty gets taken away. There is supposed to be a rehabilitation aspect to that process but it’s where the missing link always seemed to be in the system.

They are looking at addressing that now. The progressive unit is designed to help prisoners reintegrate back into society. The aim being to avoid re-offending and finding themselves back in Mountjoy.

I initially got involved to try and understand what makes people behave in certain ways, and to perhaps change the self belief of individuals.

Culturally, most prisons are overwhelmingly negative. It is wrapped in ego, bravado and fear. That’s the biggest problem, fear, as most actions and choices are based on this but the progressive unit strives towards the total opposite form of decision making. There is still a bit of fear evident but some lads are doing really positive things.

We constantly try to get people to join the group to show other prisoners that good things are happening in Mountjoy and if they keep happening they can become the norm. Bad actions are currently the norm. That’s just the culture.

But a culture can change, one individual at a time.

We all make mistakes. We are all wrong at some stage in our lives. Some people just make bigger mistakes that are so wrong they end up in Mountjoy.

People ask why I am helping drug dealers and murderers but, in fact, no matter what crimes these people have committed when they get out, ultimately, we don’t want them to re-offend, and to create more victims. We want them to become normal law-abiding citizens.

Jail should be about rehabilitation.

For me, there is real purpose behind doing this; there’s a huge opportunity with the progressive unit as every week I am telling these guys: “Wouldn’t it be amazing to be part of a group that changes the culture of prison life?”

Where in the world have we ever seen that happen?

Why can’t it be here in Ireland?

Life inside Mountjoy is about taking drugs, being violent and constantly breaking the rules.

There is an option to go down a different road. That’s all we are saying.

One of the lads in my group got out last week. We met up for a coffee and he told me how much he is enjoying the simple things outside, “I love walking the dog. I actually enjoyed my girlfriend giving out to me!”

Prisoners do tend to re-offend so it is about changing the belief system of the individual. If the person isn’t willing to change who they are and what they believe in they will ultimately reconnect with the same things and people when they get out. But if they alter their thinking they can change their environment and improve what they end up doing with their lives.

It’s a really powerful programme and we are very lucky to have the support of the governor because Eddie Mullins has a job to do but he understands there is work being done within the prison that can have a positive impact on society.

Going into the prison feels like I’m following a purpose in my life. I also like doing it, I get a buzz from it.

It’s about having a deeper understanding about what life is all about. Go into Mountjoy week in week out and you won’t be long understanding what’s really important and what’s not.

It’s about understanding each other.

The way the world is going, from my perspective, we now exist in a consumer society – a belief has grown out of this chauvinistic culture that we have to be better than everyone else.

I’d like to resist these materialistic ways. I’m far from perfect but I just feel there is a deeper meaning to life and that is reflected in how I treat or help people. 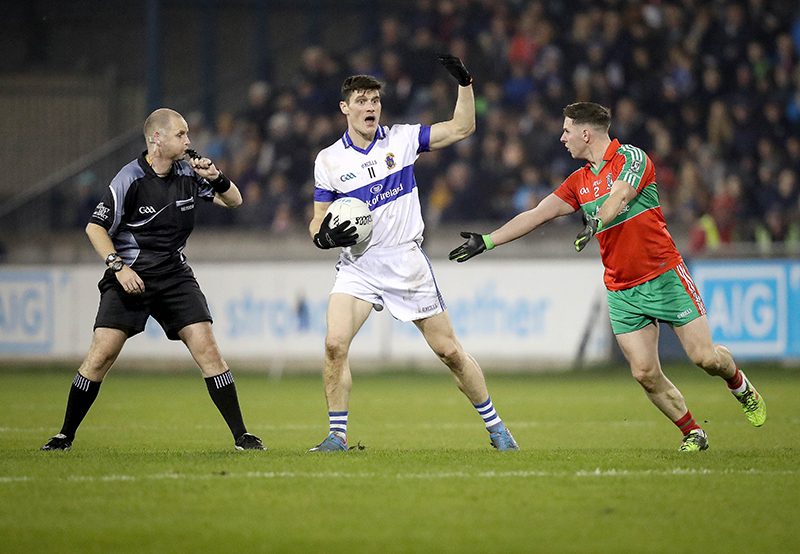 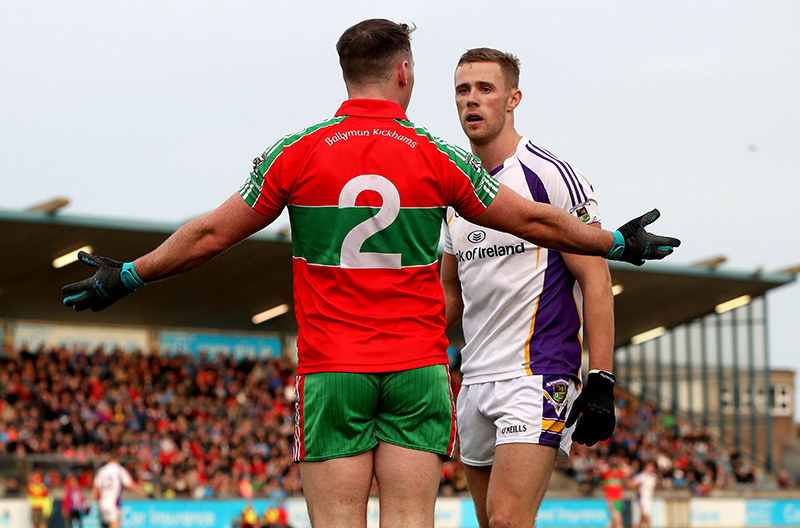 That’s why playing for a team like Dublin is so special. With my actions I am representing not only myself but the group. You constantly see MMA fighters mouthing off – now, they have a team around them but the fighter goes in there on his/her own – but if I say something out of order it reflects upon the group.

So you develop standards on a team like Dublin. You are responsible for others, and not only yourself.

Putting on the blue jersey and playing for Dublin will always be special because you are representing your family, your community and the entire county.

When there is a sense of belonging you fight a little harder because it means more than playing for money or just another team. That’s the difference between GAA and soccer. The loyalty is not there, and rightly so as the professional club will sell a player if it suits their needs without a second thought. It’s about survival for your own sake, whereas playing for Dublin is about belonging to something bigger than you or me. 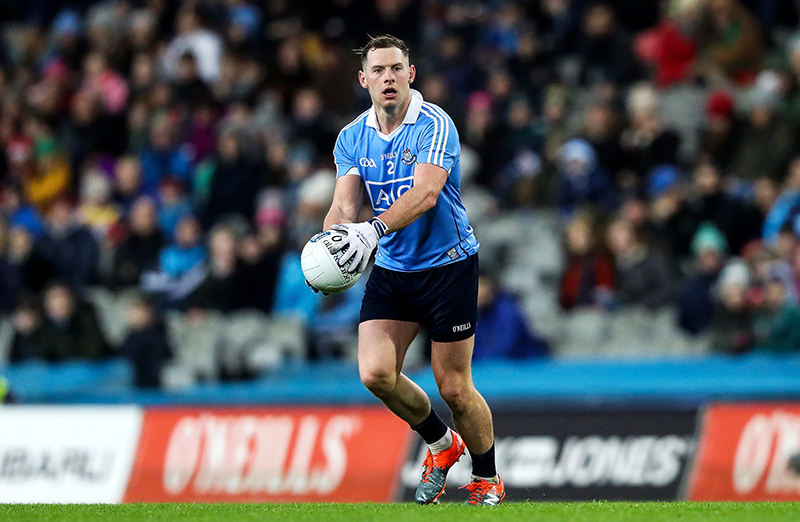 That’s why the GAA is so unique. I don’t see any other sport of the same magnitude anywhere else in the world with these values.

I wouldn’t be religious but I would be spiritual. This year, after we lifted Sam Maguire, I wore a Walter White t-shirt that said “Philly… He’s here” walking around Croke Park in memory of my Dad who recently lost his struggle with cancer. Dad was the spit of the Breaking Bad character. He had been out on the pitch with me last year after the Leinster final – just the two of us chilling out in the middle of the grass, a memory I’ll cherish forever – so it was a very emotional moment at the final whistle. The brain is telling you that something is missing. I know I should be ecstatic but the past two years have been difficult for our family.

I got a mixture of emotions – happiness to win the All-Ireland and a chance to put a smile on my Mam’s face in the crowd, but we missed him. A friend of mine Tomas Noone threw the t-shirt at me from the Hill. Phil is gone, but I felt like he was there in spirit. 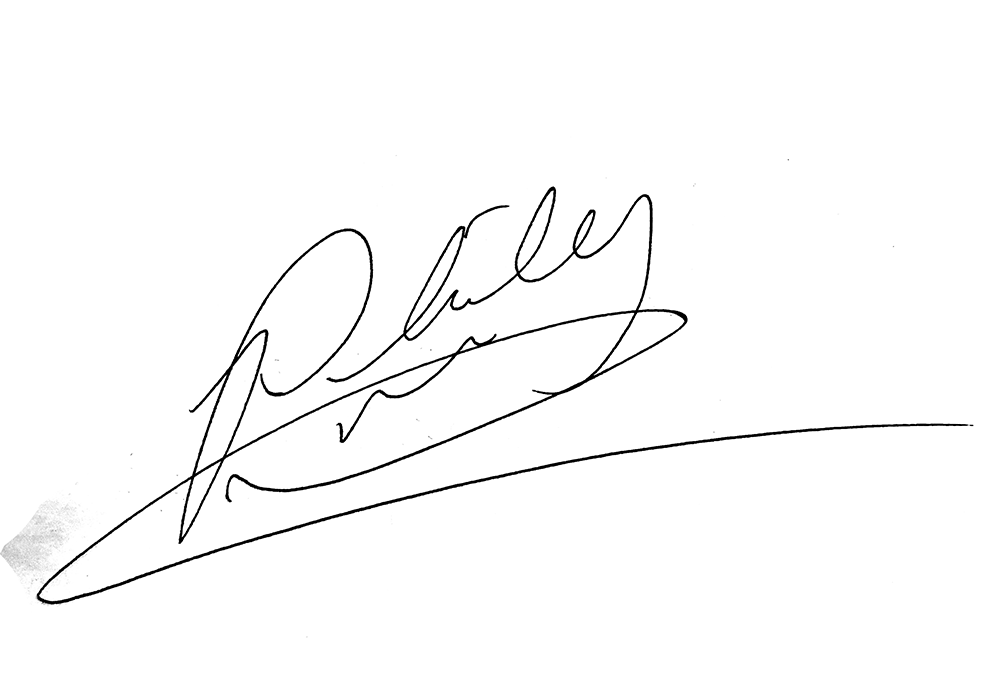