It’s impossible to compare winning that first All-Ireland with your club with any day before or since. It’s all new and a bit surreal. We went on to win three more club All Irelands after but that one in 2006 stands alone. It was an outstanding experience for the players, club and community as a whole.

The final whistle went, and there we were, over the line and victorious. You just feel a sense of excitement, happiness and relief.

What it all means sinks in later. But in that moment, you look around and you see the joy in the faces of your family, friends and neighbours, people that you grew up with.

I know it’s a bit of a cliché, “You see old men crying”, but that’s exactly how it is – a massive outpouring of emotion from people as you take your place with your teammates on the steps of the Hogan Stand. It’s a brilliant feeling.

We won our first senior county championship in 2003, a huge day for the club. Unfortunately, we were beaten by Dunloy in the All-Ireland semi-final that year.

By the time we got back to the All-Ireland series in 2006, we had that experience behind us. We were building the belief that we could go all the way. We faced James Stephens in the semi-final that year at Semple Stadium. They were a very good team and the reigning club champions. They had the likes of Peter Barry, Jackie Tyrell and Philly Larkin in their defense, so we knew we were going to be up against it. My memory of our performance that day is that we played some fantastic hurling and won by 12 points in the end. That win gave us huge confidence heading to Croke Park for the final.

Despite the manner in which we beat James Stephens, taking on Newtownshandrum in the final was always going to be a massive challenge for us. Their side was full of quality and very much represented that Cork-style of hurling that was winning inter-county All-Irelands at the time. 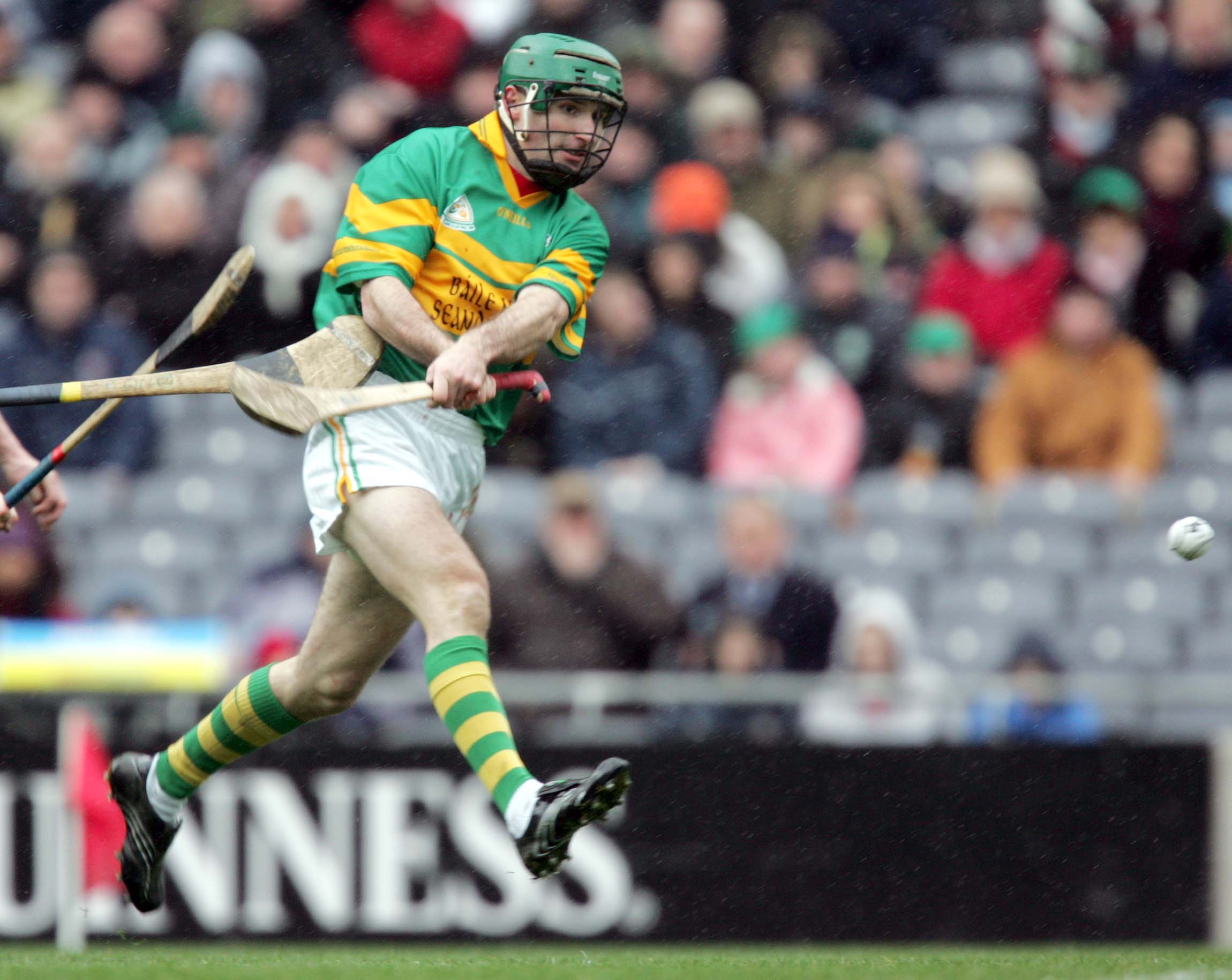 To most people, we were the underdogs coming into that final which was fair as we were a team in our first club final and Newtownshandrum had won the final in 2004. We had some big battles behind us that season and everyone was injury free. Add this to our big win in the semi-final and we had reason to be confident in our ability to compete and win.

For a number of our guys, it was their first time playing in Croke Park and thankfully we took it in our stride. We hit a few balls in the church grounds in Portumna that morning, as we sometimes did, and then headed for Croke Park. Everything ran smoothly in the lead up to the game thankfully.

That St. Patrick’s day was bitterly cold in Croke Park. My memory is that we were completely focused coming into that game. We were well-coached; we had a game plan, and everyone knew what they had to do. There wasn’t much roaring and shouting but the lads were ready to go. Sometimes you can just sense it in the atmosphere, almost like a feeling you get when you look around the dressing room and see your teammates looking back. There was no need for shouting to be up for that game.

”My brother, Joe, was 17 at the time, and he was a fantastic talent breaking on to our team.

Within a few minutes of the start, Joe had taken a low ball and gotten control. He then shimmied, stepped to his right and shot for goal. From where I was in the full back line, I couldn’t see the ball, but I did see the net rattle. To get that start really was a tonic for us and helped settle the nerves.

In the lead up to the second goal, Joe got possession and turned for goal, he dinked a low pass across the goals to Niall Hayes who doubled on the ball into the net.

We were 2-1 to no score up. For a team that had never been in an All-Ireland final before, to get a start like that was brilliant for us. We knew a team as good as Newtownshandrum were going to come at us and have periods of dominance, but that first ten minutes gave us a great platform to take on whatever was coming.

Newtown needed something at that point and when Jerry O’Connor got a ball in midfield, he took off on one of his long runs and buried the ball into the bottom corner. It meant our lead was down to three points at half time.  Despite that, we were happy enough with how we were playing but knew the work rate needed to be upped. A half-time dressing room can be an emotional place, but we knew we had a great chance if we could match or out-work Newtownshandrum in the middle third of the pitch in the second half.

It was a low scoring game, but high intensity. From both teams, there was hard tackling, high work rate, lots of hooks and blocks – it was a real battle.

They came at us hard in the second half, but we managed to keep a few points ahead. Joe nailed some long-range frees, some of them beyond halfway, which gave us some breathing space. As a team you work hard to win frees and when you have someone striking them over against a bitter breeze, it gives the whole team a boost and rewards the hard work.

We were sticking to the game plan, closing down space in the middle of the pitch and trying to stop Newtownshandrum from getting their running game going. As the game came into the final stages, we were determined not to concede a goal. Just before the end, Ben O’Connor got a shot off after a close in free was given. We had the defense well packed at that point and we got a stick to it to block it out for a 65. It was only then that we allowed ourselves to believe we were home and dry.

When the final whistle went, my brother Ivan came out of goal to celebrate with me and our team captain, Eugene McEntee who was at full back. We had trained so hard, and we had finally proven that we could do it. It was amazing to win one with your club, in Croke Park, on St. Patrick’s Day, with everyone from the parish there to support the team. From a hurling point of view; I don’t think it gets any better than that.

You think about players who played with Portumna but were not lucky enough to be involved on the day. For our group, it was just the right time. It brings out a lot of emotion.

For our own family, there were five Canning brothers on the panel that day. Everyone takes something personal out of the game, and for us to see our parents after the game and to make those memories as a family, it was an incredibly special time for us and for everyone involved.

As a team, we went on to do great things, but for me looking back, it was the highlight of my hurling career, and a great day for the club.

It was literally a band of brothers – a bunch of families that came up at the right time. There were plenty of scraps in training, and half the time it was the brothers having a go at one another. We drove each other on. We were hard on each other only to make each other better. If you took it easy on a guy in training, you were doing him or more importantly, you were doing the team no favours. It gave us a healthy competitiveness. You cannot teach good honest competitiveness like that. The finals and big games that we won were as a result of that competitive environment.

At this stage, I’ve played 27 seasons with the club. We were lucky to have had a great group of players at that time but it’s about more than that. You reflect on all the support we’ve had from management teams, backroom staff, club officers, fundraisers, sponsors and supporters over the years. You realise that without any one of those links in the chain, we would not have had the success we had. It was ultimately the parish that kept the machine going.

I probably appreciate that more now than I ever did.