Silence Is Not The Answer

I used to play against the boys. Running out, blonde hair bobbing, opposition players and spectators would be laughing and pointing at the guy marking me.

Big mistake. It only put pressure on him, especially when I started playing well, but these comments were unwise as they fuelled my desire to kick the shit out of them all. My opponent was the nearest victim. I was 10.

That scenario has changed, what with Gaelic Football being the fastest growing female sport in Ireland. There are hundreds of girls down at the nursery in my club St Sylvester’s every weekend – which is great – but the value I got from playing against boys up to under-12s, when redirected towards the Dublin girls development team, has me split on gender segregation.

Obviously, it is increasingly difficult due to the biological differences, yet I benefited from playing with boys. The coaching was way more advanced. The skills gap remains but that is slowly changing. My generation of players have a role to play in this.

Now, I was well coached at Naomh Mearnog’s, before Syl’s had a girls team, with Willie Fallon refusing to let me kick off my right foot for most training sessions to ensure I was comfortable on my left. Such coaching is ingrained into guys football.

That was part of my story growing up. Another part was the silence I carried around. 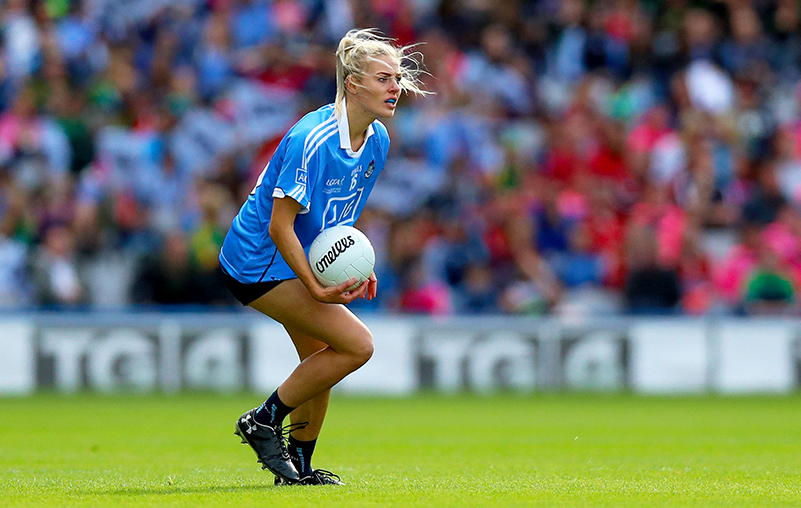 ”Depression is something I’ve known for as long as I can remember.

As a teenager, struggling with my sexuality, depression manifested because I didn’t have a way to verbalise those feelings.  To speak about them to anyone meant I’d need to address what was fuelling the problem.

At that age it wasn’t an option to let any light into that room. My way of handling it was to spend periods of time alone when I’d be very upset. This only happened every couple of months, so I could manage. Eventually, it got to a stage where every day I was waking up with instant dread. When I got really upset over something completely innocuous in college people began to notice, so I had to open up.

I turned to my mum. She’s a pathologist so it’s hardly her area of expertise but she had a lot of resources to draw upon.

I hid my sexuality until my late teens. Think about having to do that. I avoided the topic. Especially on sports teams. No way. It’s even tougher for guys as there’s a more overt stigma attached to it.

Society has created a stereotype whereby all the players on ladies’ teams are presumed to be gay. It almost brings a determination not to appear that way.

”Sounds crazy, but my fear was that I would be perpetuating the stereotype by coming out.

We’ve turned that on its head. Well, almost. There are certainly more visible gay female athletes. Actual role models. Sport in Ireland, particularly GAA, does not have any visible gay male players and that’s a real shame.

My teenage years were a constant struggle to cope with who I am. That catches up to you. I’m not religious but I was in such a negative place about my sexuality that I would pray every night, to an entity I do not believe in, that the homosexuality would go away. That it would stop. That I would become straight and not have to deal with it.

Imagine how that feels. Looking back, I wish I’d spoken about it sooner. There were so many years of worry. Since I opened up, the reaction from friends and family, strangers even, has only been positive.

It’s been normalised in my circle of friends but when age 15, 16 I held it all in. Someone would make a flippant comment about this or that being “so gay” and it felt like a punch in the heart.

I carried that pain around far too long. The cure is simple, honestly, just say who you are. That’s why the day of celebration is called “Pride”. It’s liberating. Frightening at first but liberating afterwards.

I know some teenagers reading this don’t believe me. I know they don’t want to be gay. I know they want those feelings to go away. They feel guilt, not pride, but I also know that society in Dublin, where I live, and in the rest of Ireland has changed irrevocably. 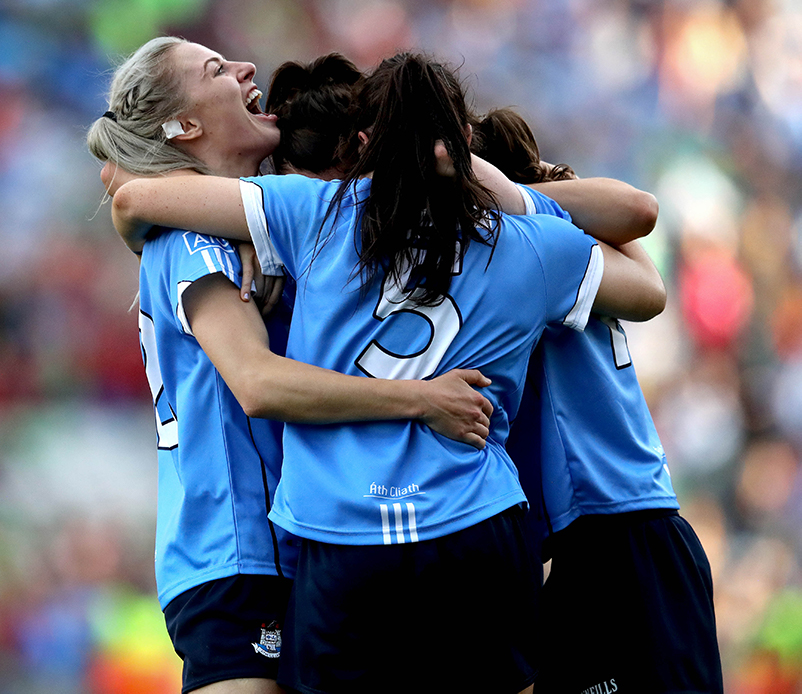 When I stared down my problems it wasn’t as terrifying as I presumed. Turns out the real terror was doing nothing at all, until it became too much to handle.

At the start, my attitude to medication was, “no way”. I went to a clinical psychologist, but I was resistant to pills. It was an ignorant view to the role they play but therapy alone could not bring me to a good place, so I went back to my GP and I’ve only had positive experiences since taking regular medication these past four years.

Nobody had a clue before, during or after what I was experiencing. I’d frame my issues in such a way that friends thought I’d just get morose as opposed to the deep weight of sadness and despair.

These are my experiences. Therapy can feel like a very ‘touchy-feely’ method of dealing with depression whereas I’m a very logical person who likes to employ actions to tangibly address a problem. Cognitive Behavioural Therapy is a way of breaking down triggers, looking at what has me feeling down.

I’ve suffered from depression my entire adult life, it’s always been something that has come and gone, but I’ve also had two major depressive episodes, age 21 and 24, that shaped the way I think about my depression and how I deal with it. The second time, in 2017, was when I really committed to CBT. You address your negative voice, that inner critic. Initially I presumed it was coming out of nowhere but that isn’t the case at all. I’ve learned to feel when a cloud is coming on. I deal with it by telling my girlfriend and we try to talk our way out of it.

I need to practice this more, to keep up CBT, so I identify negative thoughts and challenge them as by challenging them you can dismiss them. Don’t personalise or turn everything into a catastrophe, the aim is to control your mental health.

During the Blue Sisters documentary, I talked about confiding in Dublin manager Mick Bohan more than anyone, even my mother!

Last year, when it became a struggle to get through almost every day, I left an incredibly embarrassing voicemail on Mick’s phone. It just became too much. I found myself cycling to training, to an environment I absolutely adore, yet thinking, “this is the last place I want to be tonight.”

”People often forget that the personality you see on the pitch is just a small part of who we are.

Life away from training and games can weigh heavily on us all. Sometimes you can’t leave your troubles behind. It could be the stress of work or an argument with a loved one or sometimes you are just having a bad day.

Sport has a lovely way of lifting your mood. The girls rally around you and, unless it’s been an awful week, the buzz snaps you out of your own head for a few hours. Exercise in general is hugely important for coping with depressive tendencies. Yet, during that claustrophobic period, I began to dread training.

I needed to tell Mick. The call went to voicemail – bit of a cop out but Mick can be intimidating so this suited me just fine. Cue a three-minute tearful message, which I hope he has deleted, explaining why I was unable to continue.

Mick rang me back that night and every other day, just to check-in, to see if I was up for training or to chat about everything and nothing. His support and that of my family, friends and teammates, was huge in ensuring I remained part of the All-Ireland winning team.

Weirdly, 2017 produced this dichotomy as football-wise I’ve never had a better season yet from a mental health perspective it felt like I was drowning.

Mick stuck with me when it really mattered. In the All-Ireland semi-final against Kerry my performance would have prompted another manager to whip me off but at half-time there was a quiet word of encouragement. Mick, being fully aware of my problems, had taken me aside on the Friday to see if I was able to start and in the second-half he gave me a chance. 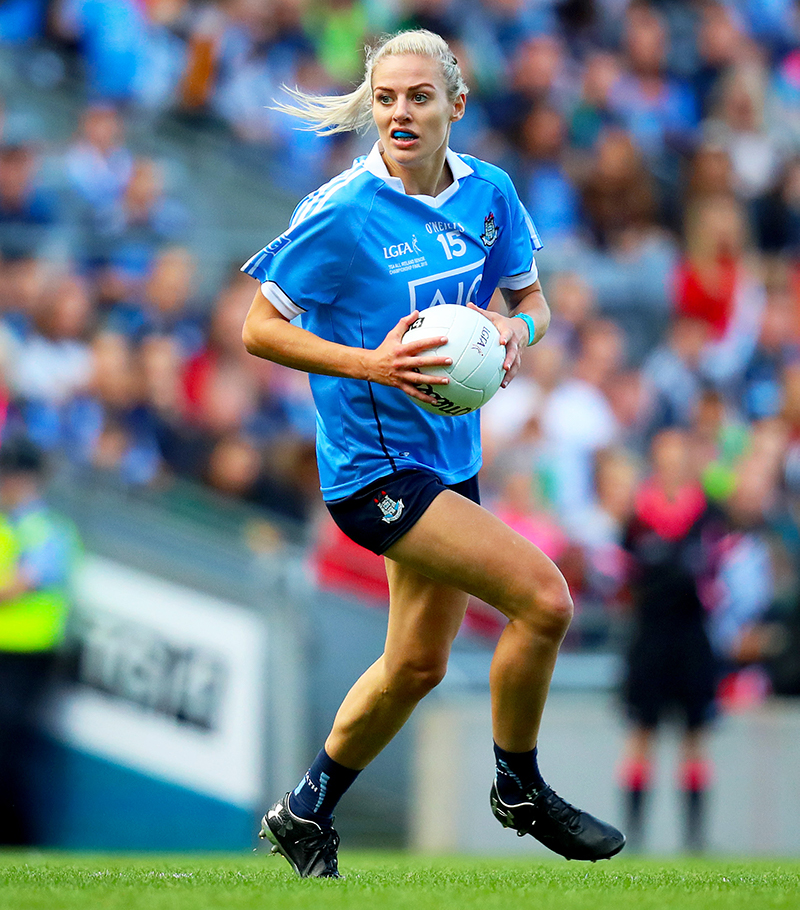 I’ve heard the inter-county existence described as a Work–Life–Football balance. That equates football somewhere between work and life. I’ve never seen it like that. In the second year of my degree, Sociology and Spanish in Trinity College, I went to Granada on Erasmus. Took a year away from the GAA.

The commitment levels were beginning to annoy me, disrupting my going-out time (I was 18) when I wanted the full college experience, but it was also my first season on the Dublin panel. There was always a game, so I resented not being able to drink on big nights out.

Be careful what you wish for. I loved Granada, but I missed football so much. Mum was delighted. She knew well I’d feel that way. Ever since I’ve really appreciated wearing the Dublin jersey. It’s a huge part of my life, it’s an escape hatch, a creative outlet.

But it makes socialising like other twenty-somethings impossible. These winter months are time enough for messing about and cramming in time with people I care about. Also, doing nothing is hugely important. I’m an introverted extrovert! After being in people’s company I crave alone time.

Time management is crucial when playing for Dublin. Eating the correct food, sleeping enough to have the energy to focus on both career and training while also getting to the gym can become very stressful.

My current approach to a work-life balance is to leave work in work, as much as possible, to ensure there are as few blurred lines as possible. This was a factor in changing jobs recently and joining Storyful as a senior intelligence strategist.

Is this all making sense?

I really hope so because the growth of ladies football these past few years has given me a platform to speak about mental health and continue the conversation in the public arena. I intend to keep doing so as it’s obviously very close to my heart.

It’s not normal to think, “Get through two terrible days and you’ll be ok again.” That was my coping mechanism. That approach does not work out in the end. Nobody should live like that.

Especially lads! Galway hurling captain Davey Burke’s speech from the steps of the Hogan stand in 2017 about the loss of his friend, Niall Donohue, to suicide was so important for Irish people combating mental health.

Burke had just out hurled all comers in an All-Ireland final – the epitome of masculinity – yet he went up there and spoke about the need to express your feelings. What struck me was Burke dissolved the myth that, masculinity and talking, are mutually exclusive.

I wouldn’t wish my thoughts as a teenager or as recently as 2017 upon anyone but maybe, just maybe, what I say will give a young girl or boy the courage to confide in people they love. If you’re struggling seek help. It’s out there.

Silence is not the answer.

If you enjoyed Nicole’s story, you might like to read Galway hurler Conor Whelan’s Breaking The Silence. 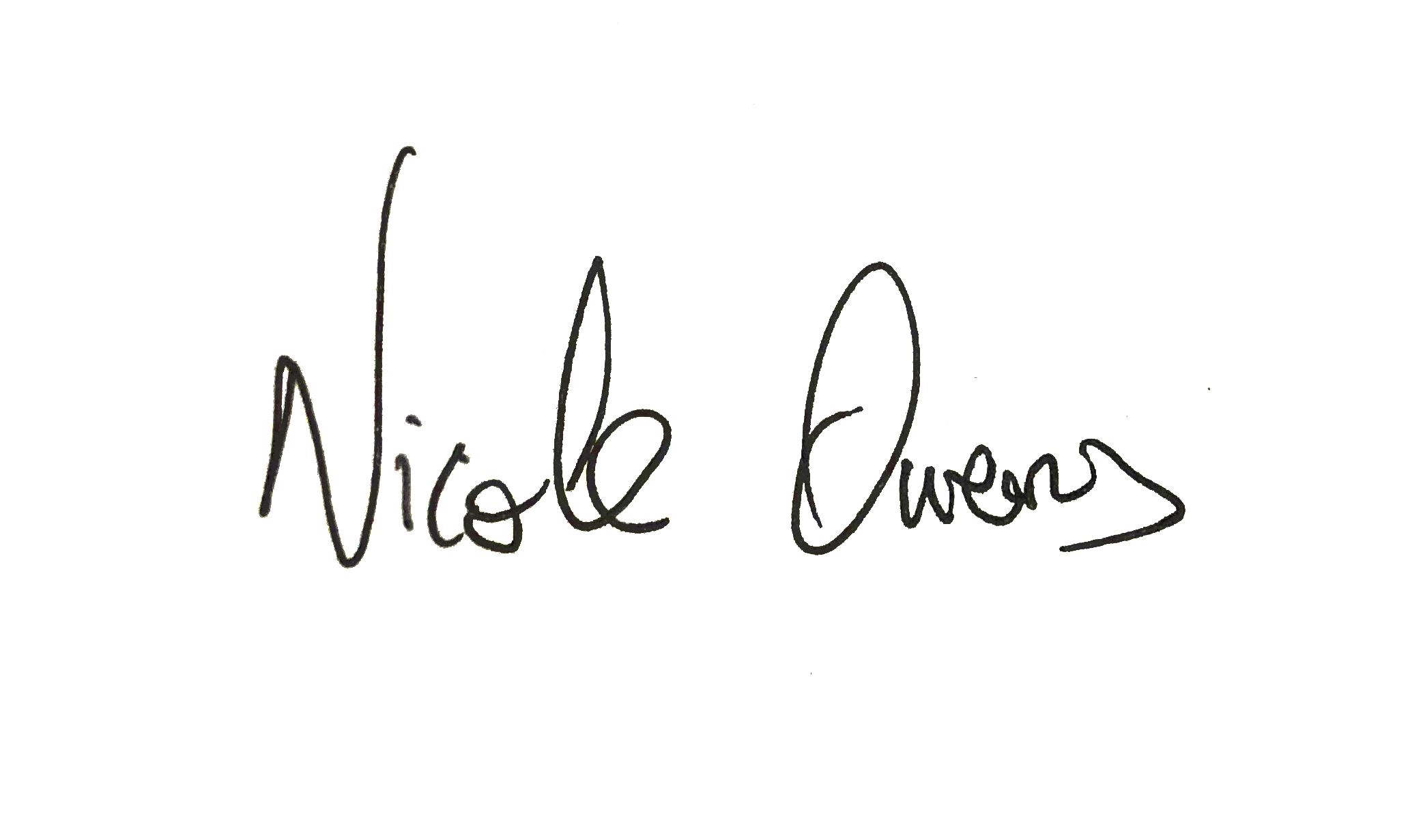