More Than What You Have

Hurling All-Star and two-time All-Ireland winner with Tipperary, John “Bubbles” O’Dwyer talks about his first love in sport, badminton, family life in the O’Dwyer household and that All-Ireland winning feeling that makes him strive for more success.

It was more so my dad’s idea than mine. He was huge into badminton from when I was a young lad. Don’t get me wrong, he’s a huge hurling man but because I was good at it he kept on pushing me. Once I got to around 15, he started to realise that I was starting to, not dislike it, but lose a bit of interest in it. 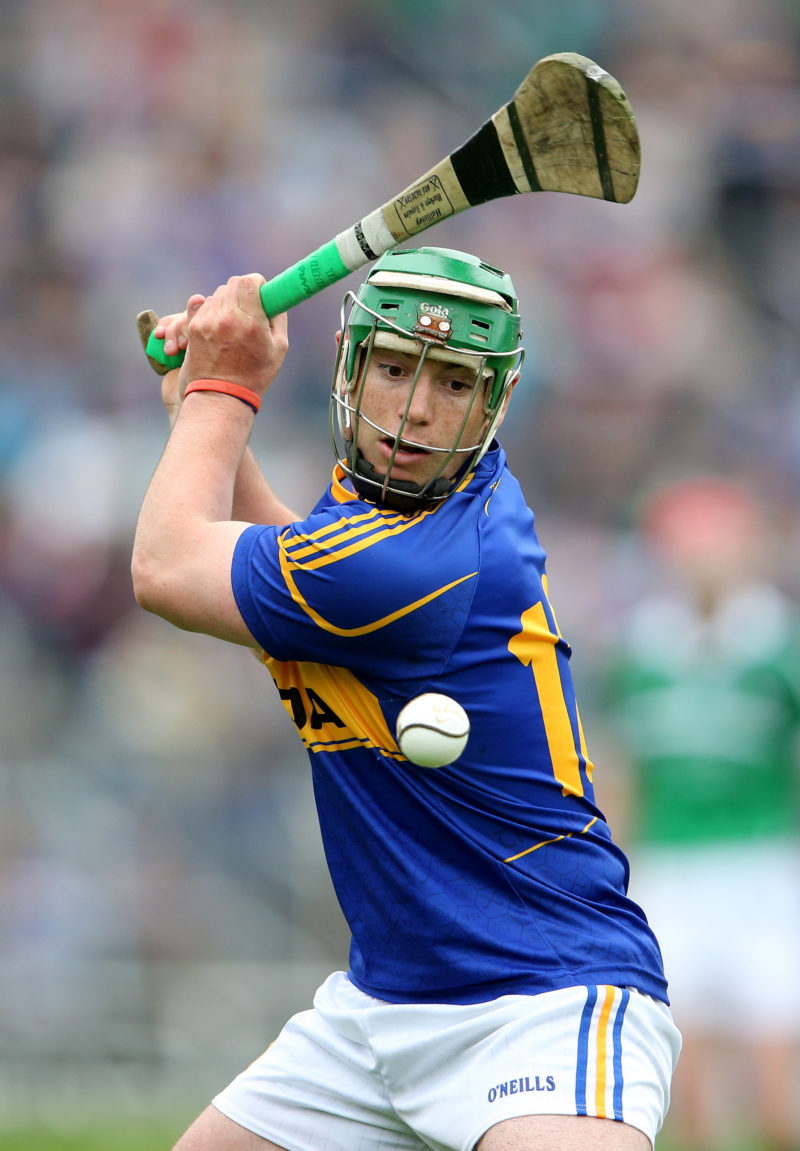 Killenaule GAA is a dual club. A successful one too which is kind of rare down there.

I played my first game for them when I was three years old, standing in the corner, biting my nails.

I’ve been playing with them ever since in both hurling and football. My priorities growing up probably went badminton, hurling then football.

I’m the youngest of four. There’s James, then Niall, then my sister Shelly and then me. I’m the mistake. There’s nine years between me and my sister so I wasn’t exactly planned.

My whole family would have been into sport, so I grew up watching them. My brother Niall would have played at underage levels for Tipp. He would have probably played for the seniors, but he decided he wanted to go travelling so, he went off to America for 12 years.

We wouldn’t be a family for talking about emotions or any of that.

The other day was the first time I’d seen my mother cry in a while. Our poor little dog of 12 or 13 years had just passed away.

”The mother actually liked the dog more than her children.

I used to bring the dog down to the pitch or the field with me most days. If I’d puck the ball over the bar she’d bring it back to me.

Her whole body just shut down. She’d no pain or anything so it was good in that way rather than seeing her go through pain. I had to bury her though. It was a sad day for the family.

My mother isn’t allowed to go to my matches.

I was captain of the Under 21 team the year we were in the Munster Final in Clare. She hadn’t gone to a match in three years and she decided to go to that game. We lost by two points in the end.

My brother Niall blamed her for us losing because we were in a good position to win the game and then we lost it. Niall said it was her fault that we didn’t win the match and she hasn’t been to one of my matches since 2012.

I think the closest she got to it was when she went to the Croke Park Hotel and stood outside listening to the sound from the stadium.

She’s no problem not going. She has an interest still, but she just doesn’t like going.

She goes to the All-Ireland and all the big matches, but she’d rather sit inside in the hotel room reading a book or go off shopping or walking. She wouldn’t even watch the match. She’d be on edge waiting for a text from the sister.

One of the last games I remember her being at was when I was 16 playing a senior club match. I was only a little child and it was against one of our rival teams.

One of their lads was hitting me, poking me and throwing me out over the line and stuff like that. The mother started roaring and shouting from the side and my brother was playing so he went over and told her to shut up.

She wouldn’t be overly protective or anything like that usually but for that game in particular she was. She knows I can take care of myself.

In 2010, when we won the Under-21 All-Ireland we went from Thurles for two days to Limerick, then from Limerick to Kilkenny, Kilkenny to Clonmel. A good few of us did the Saturday to Saturday so she didn’t see me for a week.

She wasn’t worried though. As long as I checked in and said, “Ah yeah, look I’m here”, or rang looking for money, she knew I was safe. 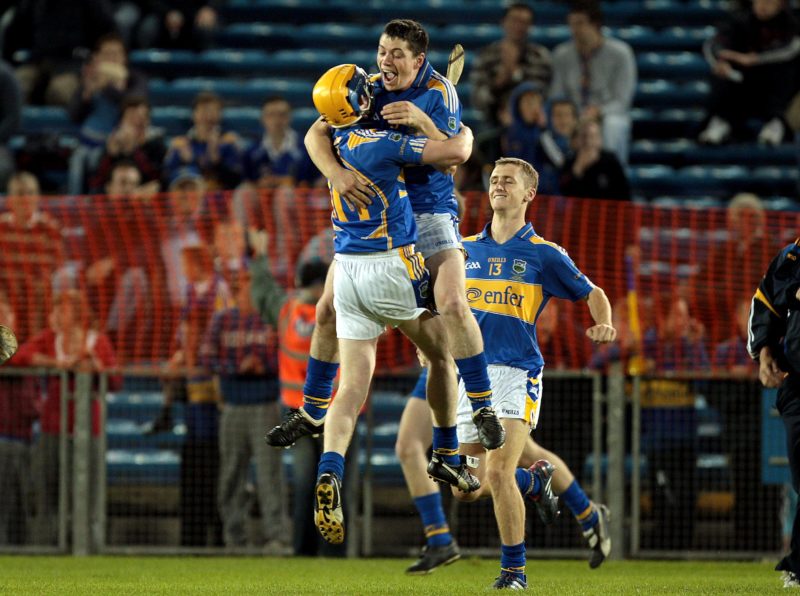 I was only after turning 18 when I won the Under-21 All-Ireland. I was very young. It’s very different winning at that age compared to now.

Back then it’s like any night out with the lads and your friends. You go acting the maggot and have a bit of craic. Nowadays when you win, it’s more controlled and you’ve all these things you have to do, and you have to go to. You’ve to go to homecomings and pitches and stuff like that so you’re kind of being told what to do. Back then it was more so, do whatever, wherever with whoever.

At the end of the day you can still make your own choices. Like, after the All-Ireland this year, I went home to my local pub on the Monday night. I was back in there for 12 o’clock that night just to have a few with my close friends, family and the locals. That’s what I wanted to do.

Each to their own.

I was involved with the senior panel since I was 18. I lived with James Barry, who retired this year, down in Cork for three years. It was great living with another teammate because we’d head up and down to training together.

Whenever we’d win a league match, myself and James would be heading back to Cork and we’d be saying to each other, “Right, we’re going for pints.” You need that. You have to be able to unwind.

I think, as players, we kind of got too far away from that. There were a couple of years where we didn’t focus on the need to unwind. That’s not good either.

That’s probably the biggest aspect that you’re sacrificing playing inter-county, the socialising and having the craic. But your teammates are also some of your best friends and you’re seeing them four, five, six times a week. There’s still craic to be had. 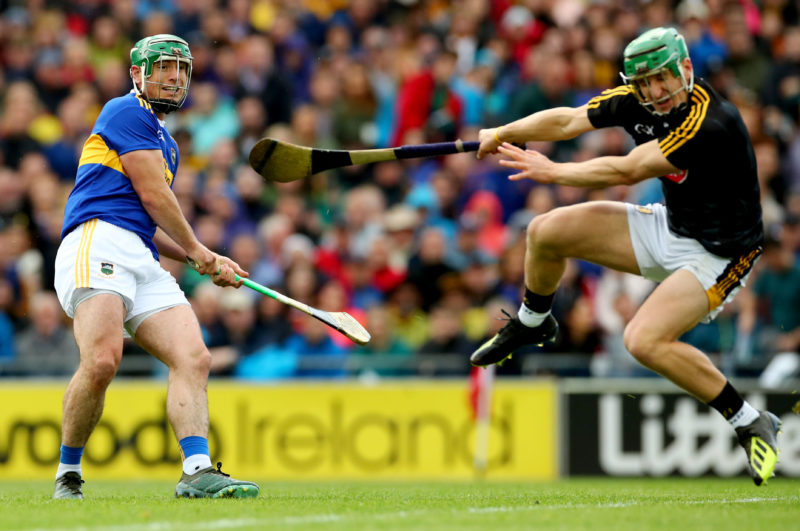 In the All-Ireland final last year, I was standing on the edge of the square facing into the hill and I just looked over at Seamie and I thought, “He’s not going to pass it.”

In 2016, I got a similar chance and I was on the edge of the square and Seamie was standing across from me, wide open and I went for goal and it was blocked. To the day, he still hasn’t let me forget it.

Back then, I was after scoring a goal and I wanted another one. I was in a completely different mindset.

When Seamie laid it off to me last year, what was going through my head was just, “control the ball and let fly.”

Thankfully it went in and the place went mad. 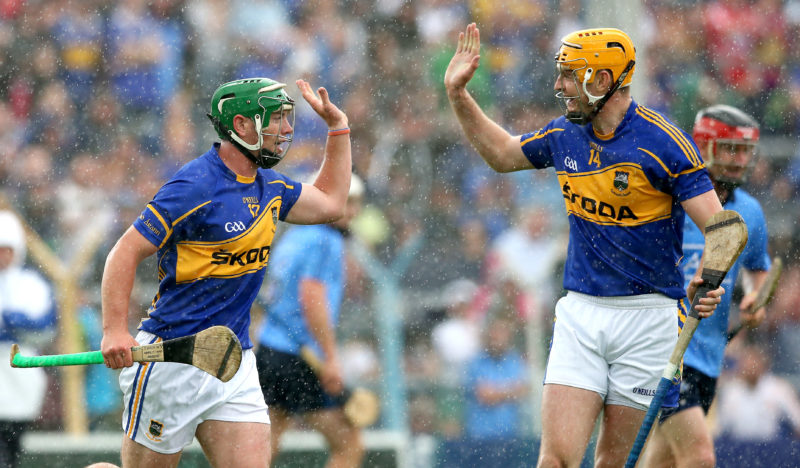 Its hard to describe the feeling of winning an All-Ireland in Croke Park.

When the final whistle goes, I’d rather go and console with the opposition team than go running around like a headless chicken.

But, I don’t know if it ever sinks in. I don’t even know what kind of feeling it is.

Once you get inside in the dressing room with the team and you’re able to bring the cup in and lay it on a table, maybe that’s the closet you get to the “sink in” feeling. You’re kind of waiting for that moment. Seamie, Noel and Páudie brought it in last year.

”You see Liam MacCarthy on the table and that’s when it hits you. Job done.

I’d be one of the five or six talkers in the dressing room.

When you’re talking in the dressing room, most of it kind of goes over lad’s heads, some of it you take in. Some lads just talk for the sake of it and other lads talk literally for 10 seconds.

I’m not one to be in a dressing room roaring and shouting and bawling. I remember saying a few words to the lads for the 2016 Munster Final. I was serving a ban so I couldn’t play. I’d a view from the stand that day so I could give my thoughts on it from a different perspective.

If you miss something for a sending off, the lads aren’t going to do it for you. They’re doing it for themselves. That’s something you’re trying to get across, “I don’t matter.” It’s the 15 players and the other five lads that might get a chance to come on that matter, not the fella that put them in a situation where he’s not part of the group.

It’s not all serious either. To perform, you need to be relaxed. I remember before an All-Ireland final standing in the huddle and myself and Cathal Barrett were standing across from each other pulling faces. Sometimes that’s necessary. If you’re not relaxed, you’re going to be tense and if you’re tense, you’re not going to be able to play the way you want to play.

I know people say there’s a balance but there isn’t exactly a balance. It’s one or the other. 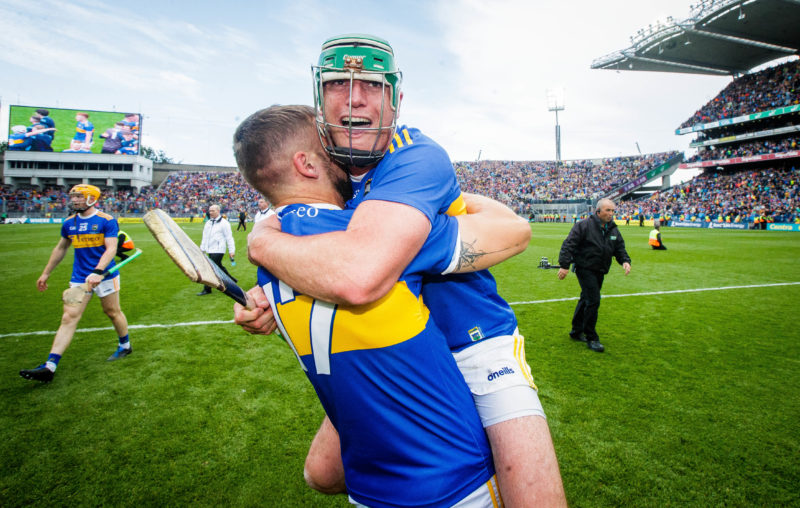 When I get the time, I like to play a bit of golf. It’s hard because the weather in Ireland is so bad. Other than that, there’s not much time for other activities aside from hurling. We’re training so much and we’re away so much.

Time commitment can become an issue. I was running two gyms. Working from six in the morning to 10 at night isn’t sustainable if you want to play inter-county hurling nowadays. So, Liam took me aside and said, “Look you need to get yourself a nine to five.”

I had to give up my job, what I really wanted to do. It probably wasn’t a ideal way to start with Liam Sheedy when he first came in as manager, but I did it and I’ve another All Ireland medal to show for it. Plenty of time to run gyms when I’m finished playing.

I started up my own company recently so that keeps me busy.

Myself and Cathal Barrett got involved in Truepos.ie – a merchant’s service and e-pos company – with two other people only last year and it’s going really well. After giving up what I wanted to do, the gym and that, I was really lucky that this opportunity came along.

I’m young enough so I’ve a few years left yet but, those are the years that’ll fly by. I won’t be happy with two All-Irelands. Ten would be nice but that isn’t going to happen.

It’s not a target but I’d be happy with another two.

You always want more than what you have.

John O’Dwyer spoke at the announcement by Allianz Ireland of a five-year extension to its partnership with the GAA as title sponsor of the Allianz Football and Hurling Leagues. The renewed agreement encompassing the 2025 season sees Allianz’ sponsorship of the competition span 33 years, making the insurance provider the longest committed supporter of the GAA.